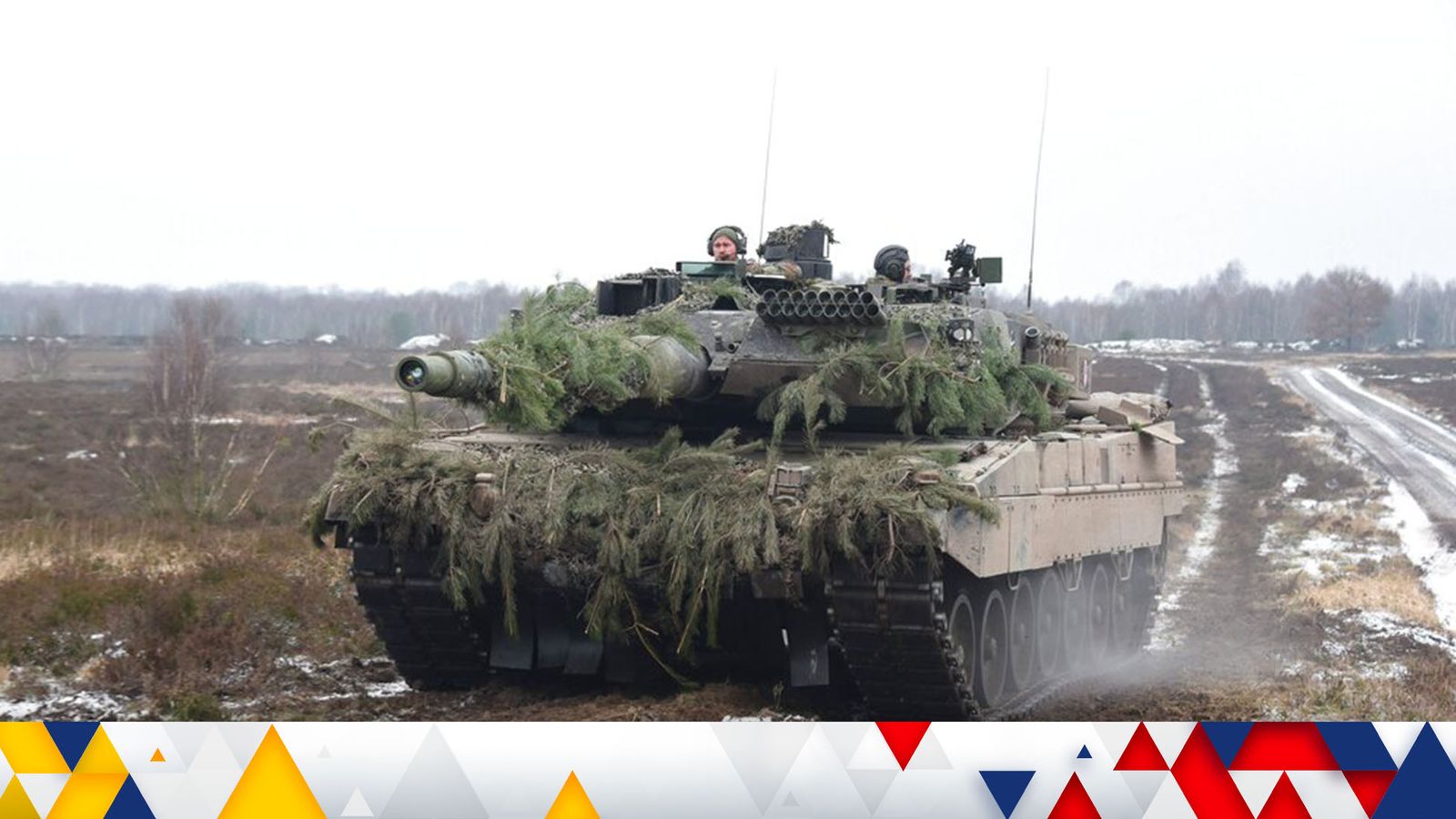 A country that operates German-made Leopard tanks has asked for permission from Berlin to give the heavy armour to Ukraine, Britain’s defence secretary has revealed.

Ben Wallace did not say which nation he was referring to but it is likely to be Poland, which has made clear it would like to send some of its Leopard 2 main battle tanks to support Ukrainian forces in their fight against Russia.

Pressure is mounting on Olaf Scholz’s government to allow the Leopard, one of the world’s most lethal and modern tanks, to be part of a new wave of increasingly powerful military aid to Kyiv ahead of what many believe will be a new escalation in the war.

Germany holds the export licence so any country wanting to supply Ukraine with its own fleet of tanks needs to obtain permission from Berlin.

“My understanding is a formal request from a country has gone in today – I don’t know any further details about who or what – and obviously that’s the process that needs to be worked through,” Mr Wallace told Sky News after holding talks with 10 other allies at a military base in Estonia.

Asked whether he thought Germany should say yes, Mr Wallace said: “I want as many tanks to support the Ukrainian effort for 2023.

“There is no secret about that… If we are to get a message to the Kremlin that we are not giving up, that we are doubling down, tanks are part of that.”

The Lithuanian defence minister, who was also at the gathering, went one step further, telling the Reuters news agency that several countries would announce their intention to send Leopard tanks to Ukraine at a major meeting at a US air base in Germany on Friday.

“Some of the countries will definitely send Leopard tanks to Ukraine, that is for sure,” Arvydas Anusauskas said about the pledges.

The UK became the first country this week to say it will send Western tanks to Ukraine, a landmark moment and a significant step-up in support.

Britain is only sending 14 of its Challenger 2 tanks – enough to equip a squadron but not enough to make any significant impact on the direction of the war alone.

The hope had been to encourage Germany to follow suit, but Mr Scholz has yet to confirm a willingness to do so.

A senior European source told Sky News that the German armed forces understood the importance of tanks to Ukraine’s fight, signalling that the obstacle appeared to be political.

“The German military… understands that you can’t say that Ukraine has to win but not send tanks… But Scholz can’t decide,” the source said.

Mr Wallace said he agreed that the hardest battle in Ukraine is yet to come.

“If last year was about defence and attrition of the Russian army this year is about demonstrating that Ukraine can push back Russia significantly and even further than it’s already been pushed back,” he said.

The defence secretary spoke to British soldiers deployed to the Tapa military base in Estonia with a detachment of Challenger 2 tanks as part of a NATO mission to deter Russian aggression towards the military alliance.

The Challenger 2 was previously deployed in Bosnia and during the 2003 Iraq war.

Ukraine war: NATO meets to discuss new weapons pledge
Last words of US man who died after police ‘beating’ were ‘mum, mum, mum’
House Speaker McCarthy spoke with Musk about making Twitter ‘fair on all sides’
US slows pace of rate hikes again as Bank of England prepares its next action against inflation
Tesla just had its best week since May 2013