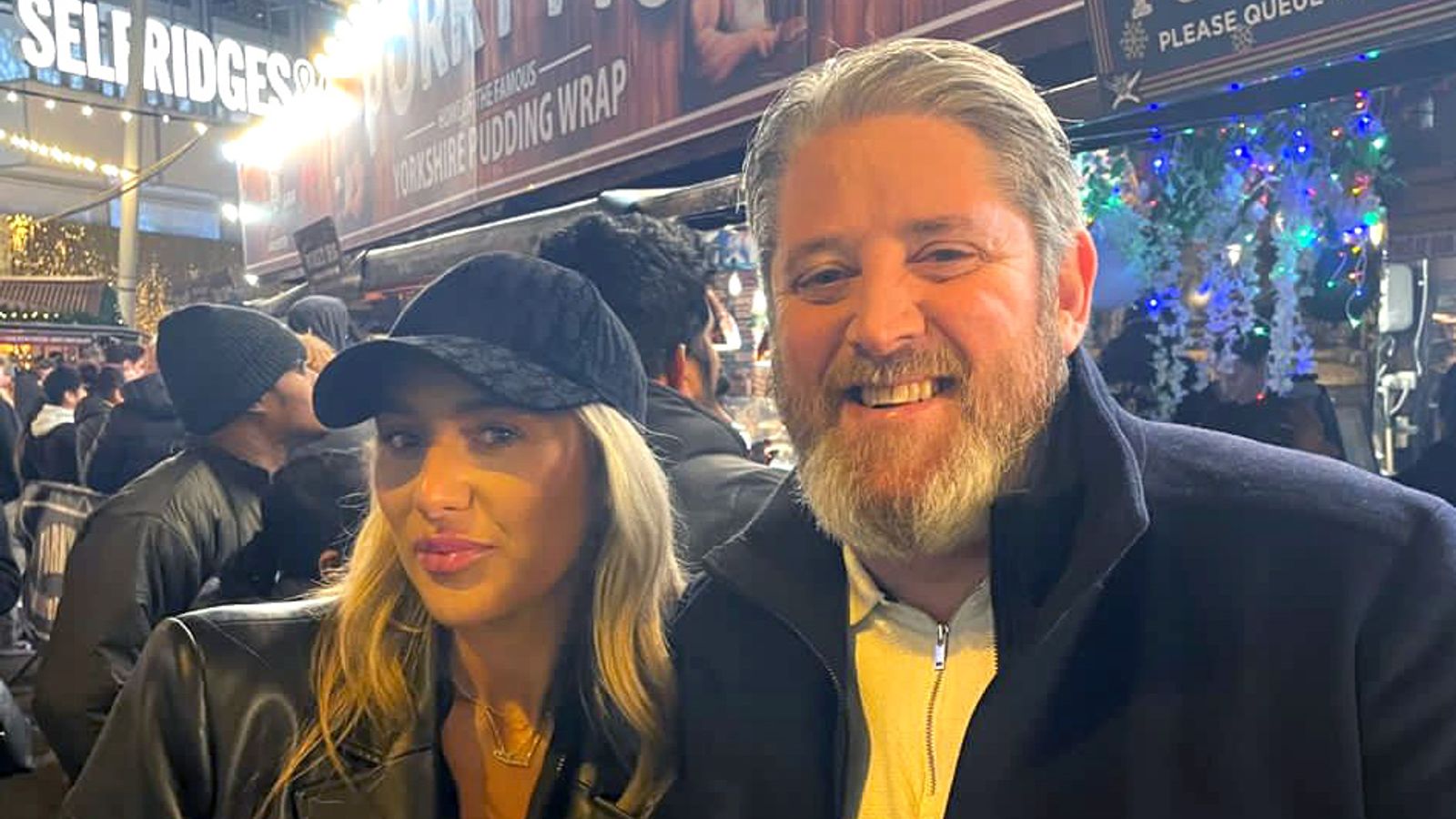 The father of Elle Edwards, who was shot dead at a pub last month, has said “Christmas will never be the same” for him and his family.

In his first interview since her death, Tim Edwards spoke of how his “beautiful and caring” daughter “with a heart of gold” will never leave him – as he reminded people of the impact gun violence has had on his family.

Paying tribute to the 26-year-old beautician and dental nurse, Mr Edwards told Sky News: “She’s the type of person that would walk into the room and everyone would gravitate towards her because she was always smiling.

“She was beautiful looking and she was a great hugger. She was just a fantastic human being with a heart of gold.”

In an emotional interview ahead of her funeral next week, Mr Edwards spoke of the devastation the family felt on Christmas Eve when they found out she had been killed and the “struggle” of the last month.

“Time moves so quick,” he said.

Mr Edwards said Elle remained “the glue that keeps us all together” and that her death should not be in vain.

Elle was shot while celebrating with friends at the Lighthouse pub in Wallasey Village, Wirral, shortly before midnight on 24 December.

Connor Chapman, 22, has been charged with her murder and a trial date has been set for 7 June.

Elle’s killing was the fifth shooting in Merseyside since August 2022 and Mr Edwards is hoping a foundation in her name will bring systemic change around gun violence.

“There’s no winners with gun crime,” he said.

“If you pick up a gun, your future is over and everybody else’s future around you is over. It’s dead simple. It’s absolutely pointless and it solves nothing.”

“I want to see a positive that comes out of this. Elle’s name will be used for good in the future. She can’t be forgotten,” he added.

‘Good memories spur you on’

Mr Edwards and his daughter spent time walking in the Lake District, as well as climbing mountains, and he said those memories are helping him grieve.

“They just keep you going, they keep your mind flowing. The good memories spur you on, I can even hear her laugh. It’s emotional and it’s horrible, it really is horrible, but hopefully those memories will never fade.”

Mr Edwards said the fact Elle’s life which was cut brutally short at 26 is the “hardest part” because she had so much ahead of her.

“She was just getting going,” he told Sky News.

“She had her focus, she had her own ambitions, and she was achieving them and everything was set in place for her and it was just taken away, and that’s sad.”

Elle’s funeral will take place on 25 January in the town where she grew up, many hundreds are expected to line the streets to pay tribute.

“But it’s part of the process and it’s something that has to be done. And then we move on to the next thing and keep going. But she will always be here. She’ll never leave me. She’ll live on forever.”