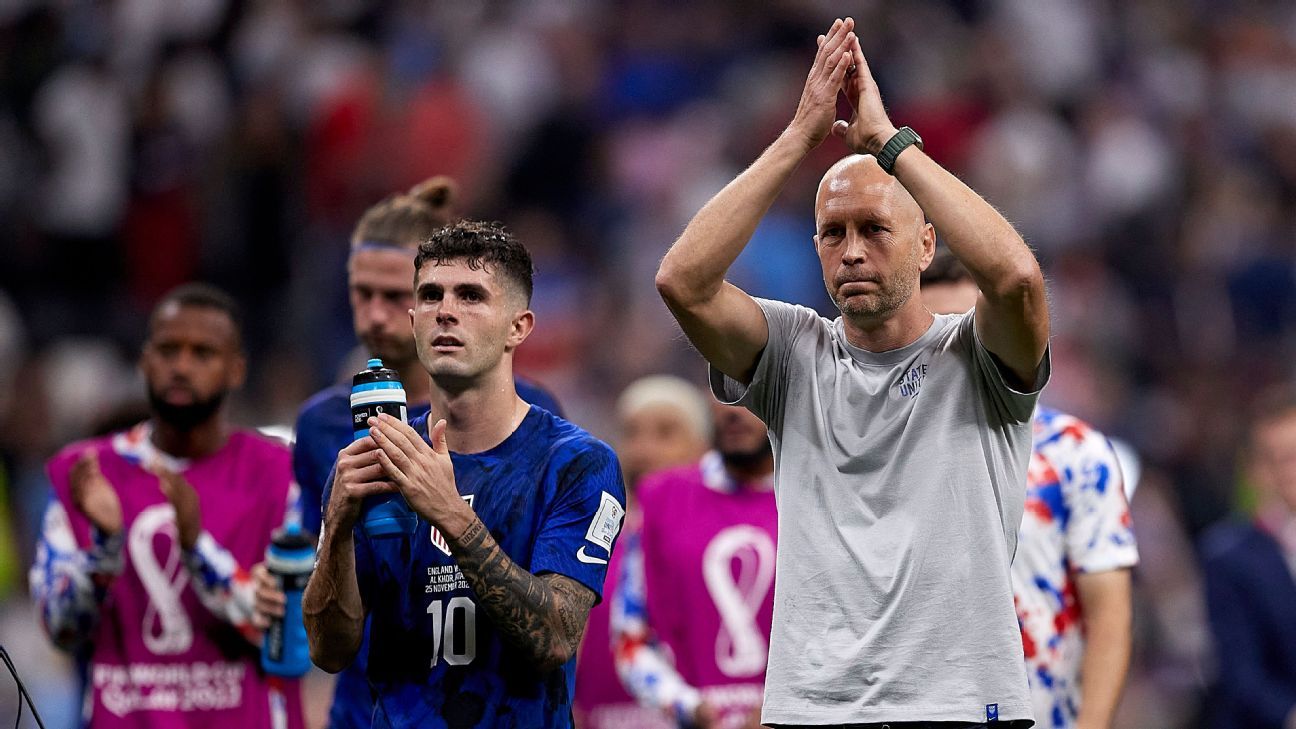 Now comes the only game that matters.

That was the only thing to take away from Friday’s scoreless draw with the Three Lions here, the only truly meaningful talking point. Tactics? Personnel? All fun to debate, of course, but strip it all away and there’s only this: On Tuesday, the United States men’s national team will play a match against Iran that in many ways will define Gregg Berhalter’s tenure, in addition to sending this young core of American players on a collective trajectory of precocious success or disheartening failure.

Is that a brutal reality? Maybe. But so it goes in international soccer, where sometimes — often, even — a team’s story takes years to reach a climax that consists of 90 minutes. For this US team, it is that simple: Win and they go to the knockout rounds. Lose and they go home.

“It’s clear now,” Berhalter said afterward. “I think anytime you’re in a World Cup and you get to go into the last group game controlling your destiny, that’s a good thing.”

He added: “We want to capture the public’s attention. We want to perform at a high level, we want to give them something to be proud of. A night like tonight helps, but there has to be more to come. And that’s the focus as of right now.”

In some ways, he has already done that. He has nurtured (and in many cases, recruited) a generation of young stars. He has developed a playing style. He has found a way to bring the best out of his players, asking for — and receiving — their best efforts.

Look at Friday: When Berhalter changed things up tactically against England, going to a 4-4-2 that would require Christian Pulisic to defend more than usual on the wing, it was a risk — but one that Pulisic paid off by running and digging in with grit and determination.

“It’s amazing to see our biggest superstar being one of the hardest working guys on the field,” Berhalter said. “When you have that, something’s going right on the team.”

He is right. But that type of performance, on its own, isn’t enough. Neither is the confidence that the US players clearly feel. US midfielder Weston McKennie said after the match that “we’re not really afraid of playing against top-tier teams” because the players “know the talent and fight and spirit” that they have and, to be sure, all of that matters.

The US has played two matches at this World Cup and scored one goal. It hasn’t won a game outside the United States in 14 months. It let a lead slip away in its first match that could have made a massive difference and now it faces an Iran team that, in addition to being buoyed by the political uprising it represents within its own country, will also be lifted by a dramatic 2-0 victory over Wales earlier Friday that puts it a good result away from the Round of 16, too.

The US can do this. If it plays like it did in the first half against Wales or (most of) the first half against England, the chances will be there. McKennie was dynamic against England. Tyler Adams was everywhere. Pulisic was up and back. Sergino Dest made runs. Tim Ream and Walker Zimmerman were stout in defense. Matt Turner had a strong hand in goal when he needed it.

The pieces are there. And as much as the result means to the players, it is difficult to imagine Berhalter having a compelling case for managing this team at the 2026 World Cup in North America without at least making it out of the group stage here. Again, that may not be fair but, as Berhalter said himself when asked about the relatively few games that international managers are judged on, “It’s what I signed up for.”

There’s an elimination game now on Tuesday. A game that holds within it all that Berhalter has been preaching to his team for years. An opportunity to change those perceptions, if only they can seize it.

“For us, we’re not done,” Berhalter said. “Our focus is to keep going. And hopefully by the end of the tournament we’ll give people something to talk about.”