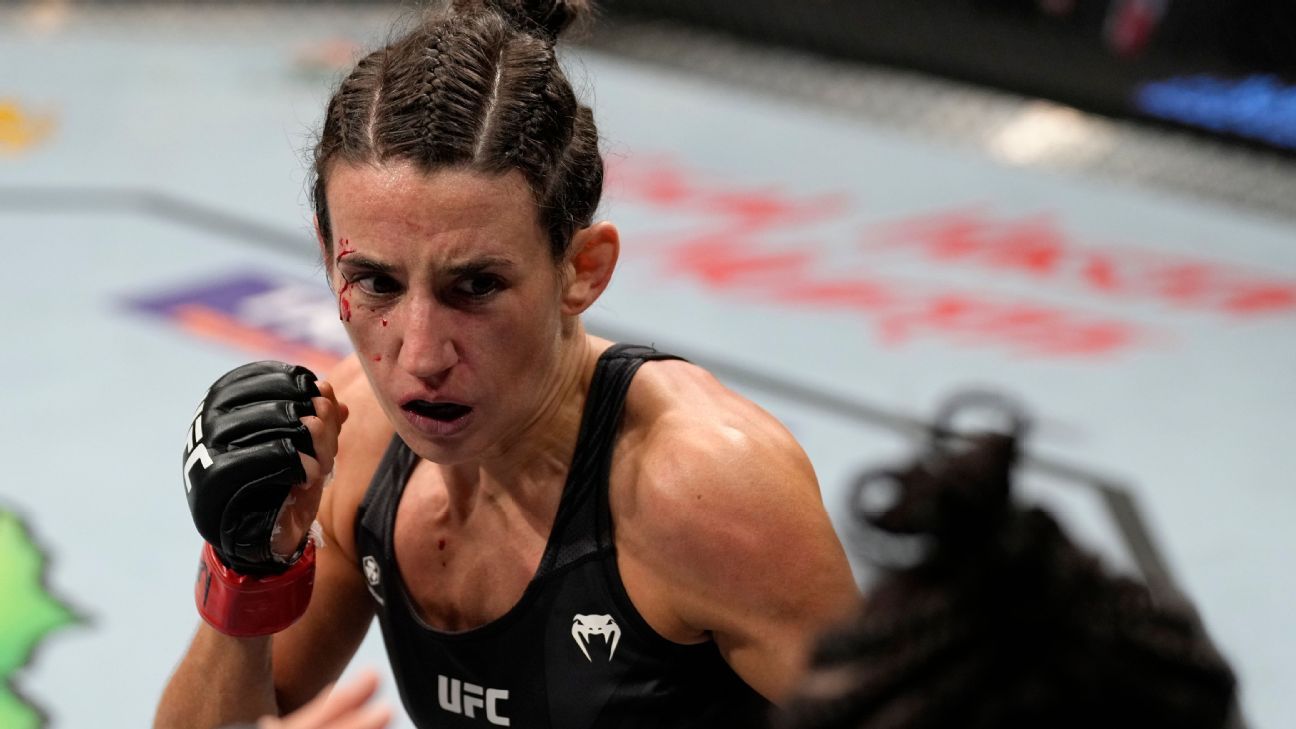 The fights at UFC Apex are on ESPN+, with the 7 p.m. ET main card preceded by prelims at 4 p.m.

Rodriguez (16-1-2) has won four fights in a row, most recently a split decision over Yan Xiaonan in March. Rodriguez is No. 4 among 115-pounders in the ESPN rankings.

The ninth-ranked Lemos (12-2-1), who like her opponent is from Brazil, has won six of her last seven. She is coming off a second-round submission of Michelle Waterson-Gomez in July.

How to watch the fights

Stream all of the fights on ESPN+: Download the ESPN App

Don’t have ESPN+? Get it here.

“Rodriguez is one of the best strikers in the division, with great takedown defense as well. She has to use her speed and cardio to get the win. Lemos possess ridiculous power, however she tends to slow down as the fight goes on, which will benefit Rodriguez, who doesn’t.”

For Parker’s suggested bets on the main event and other fights on Saturday’s card, check out the ESPN+ expert picks and best bets article (link below). It also features analysis by UFC strawweight Angela Hill and ESPN’s other betting expert, Reed Kuhn.