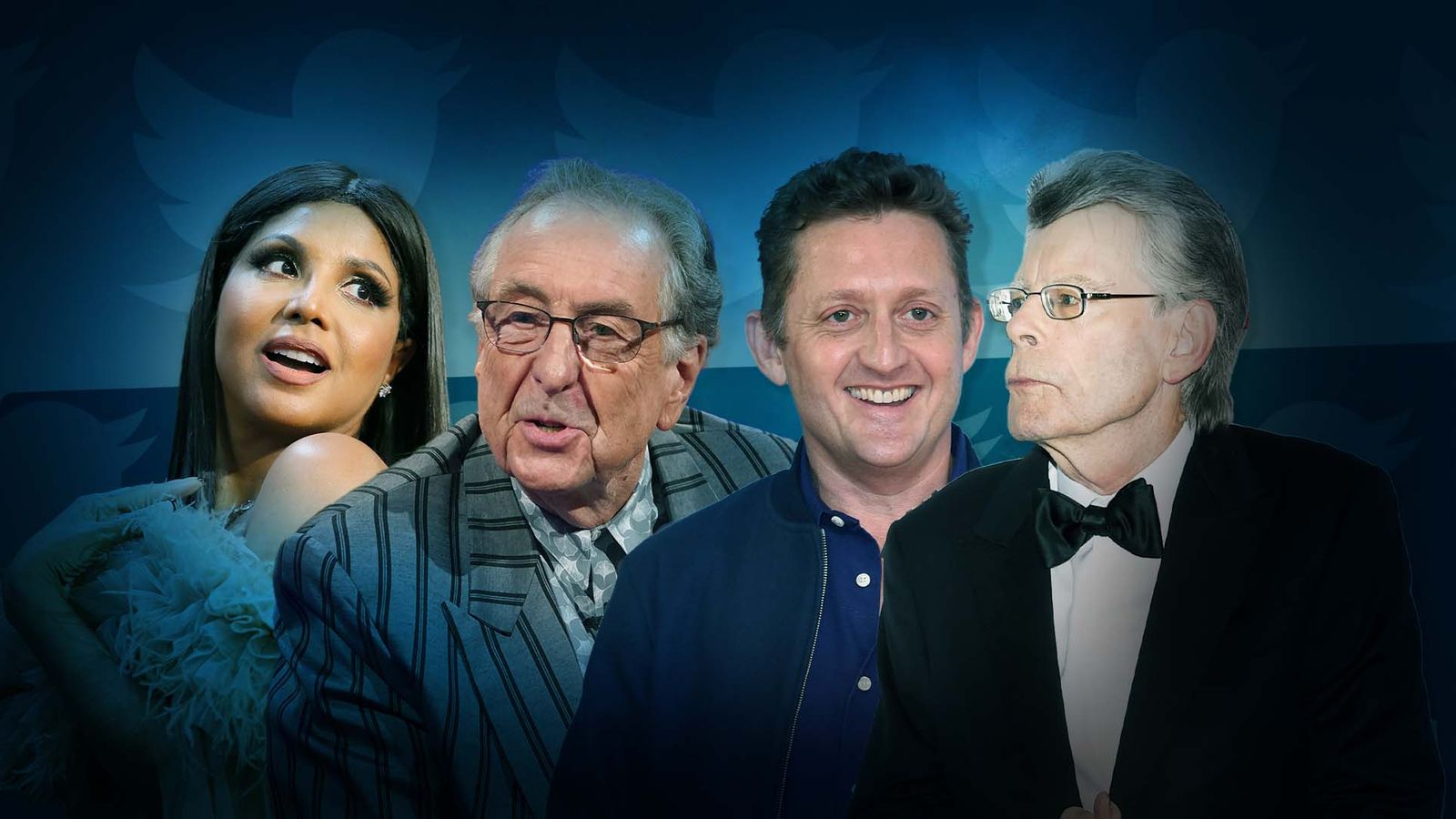 Elon Musk pledged to make getting rid of spam accounts one of his main priorities after buying Twitter – but there’s another mounting exodus that he perhaps did not intend.

Fears over the SpaceX founder’s potentially loose stance on content moderation has plenty of genuine users considering their future on the platform, including some of its famous faces.

So while Twitter could before too long welcome back some of its most infamous banned accounts – chief among them Donald Trump – it may soon be saying goodbye to even more.

Here’s a running list of the celebrities who are fleeing the nest… or threatening to do so.

The horror author has been a consistent tweeter for almost nine years, but said he’d quit if Musk goes ahead with reported plans to move Twitter’s verification badges behind a paid subscription.

“We need to pay the bills somehow!” replied Musk, the world’s richest man.

Musk has since confirmed the company will charge $8 a month as part of a Twitter Blue membership.

Grammy-winning R&B artist Braxton has already headed out – telling her two million followers she was “shocked and appalled at some of the ‘free speech'” she had seen on Twitter since the Musk deal closed.

A commitment to free speech was at the heart of Musk’s pitch for the site, though he has insisted he will not let it become a so-called “free-for-all hellscape”.

Braxton said: “Hate speech under the veil of ‘free speech’ is unacceptable; therefore I am choosing to stay off Twitter as it is no longer a safe space for myself, my sons and other POC.”

Another Grammy winner, Bareilles has also gone through with her departure.

“See you on other platforms, peeps. Sorry, this one’s just not for me.”

“I’m sure Elon will want to start making his money back,” the 79-year-old said.

“But if he charges me to entertain you, and he lets the orange monster back, I think I may decline.”

The “orange monster” is believed to be a reference to Donald Trump.

The NBA legend has not closed his account, but shared his concerns about a reported surge in the use of racist language on Twitter following Musk’s takeover.

Tweeting to his more than 52 million followers on 29 October, the day of his most recent tweet, James said: “I dont know Elon Musk and, tbh, I could care less who owns twitter.

“But I will say that if this is true, I hope he and his people take this very seriously because this is scary.

In a statement to NBC News, he explained his decision: “Elon Musk taking over Twitter and making it a private company with less oversight has immediately made the platform more prone to hate speech, targeted attacks, and the spread of disinformation.

“If Twitter returns to being a public company run by rational actors, many of us will return.”

The creator of hit series Grey’s Anatomy, who had almost two million followers, has also packed her bags.

“Not hanging around for whatever Elon has planned,” she said.

Disney and Broadway actor Gad said he was not “not sure” if he would stay on Twitter much longer.

Commenting on the “exodus”, he said: “Freedom of speech is great. Hate speech intended to harm (with no consequences) ain’t what I signed up for.”