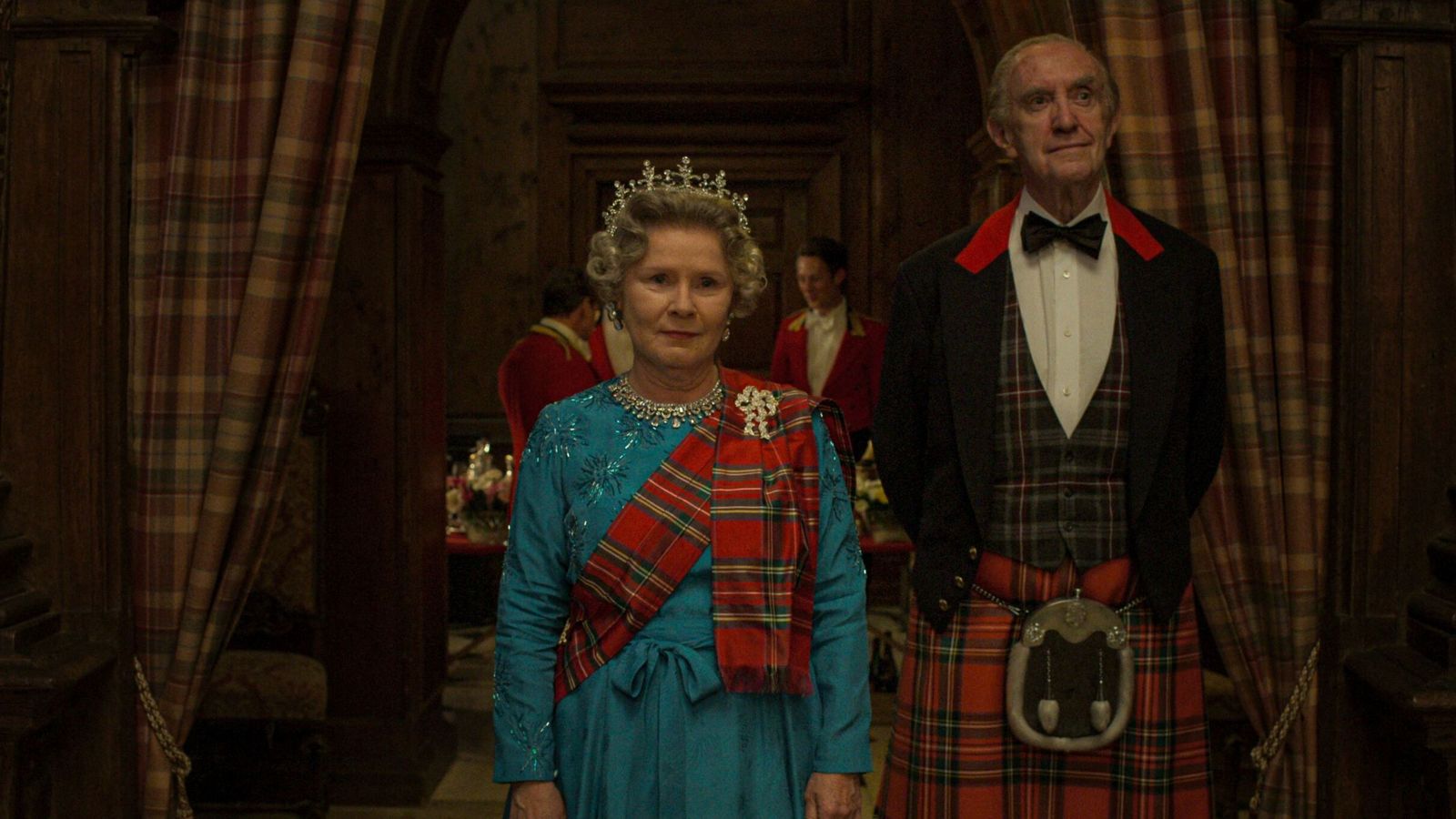 Every new season of The Crown becomes one of the most hotly anticipated TV events of the year.

And the latest series is no different, with events now focussing on the more recent history of the 1990s.

The show, which Netflix insists is fictional, despite being broadly based on true events and real life people, gets another cast change for season five, reflecting the ageing royal family as it moves through the years.

Imelda Staunton picks up the role of Queen Elizabeth II, while Jonathan Pryce stars as Prince Philip. Lesley Manville will take over as Princess Margaret, and Dominic West and Olivia Williams will play Prince Charles and Camilla, respectively.

The latest season has not come without its controversy though, with calls from royalists to make it clear the show is fictional, and while others suggested it should be delayed due to the death of the Queen in September.

Explaining to Sky News about the hype around the latest season, West said after the death of the Queen, there is likely to be more people than ever watching – but doesn’t think it is a bad thing.

“What’s interesting with this season is that there’s more people who remember what went on in this season than ever before,” he said.

“And obviously after the Queen’s death… it’s even more interest – and that’s great to be part of… people care what you’re doing.”

However, Staunton added that she had to let go of how people feel about the Queen, particularly following her death, in order to portray her in the show and manage the hype.

“That can’t affect us at all because we’re still just doing this job,” she said.

“And yes, they’re people our generation have known all our lives, but that cannot interrupt what you’re doing, and you can’t use that in any way because it is not useful.”

For Pryce, despite it being the role of a lifetime, he is still aware that the perceptions of the late Royals may have changed.

“I think I’ve been preparing all my life to play Prince Philip,” Pryce told Sky News about taking on the new role.

“It will inform how they view it in a different way… there’ll be more of a connection for the audience with the characters.”

Part of the anticipation comes with seeing just how much of a likeness the actors have to their characters, with The Crown famed for its attention to detail – even when it comes to private settings.

“The first scene we [Pryce and Staunton] shot, we both thanked the servant for putting the food down, and we were told by the protocol officer, ‘no, no, no, no, you don’t say thank you’,” Pryce said.

“One of my early scenes was Margaret greeting the Queen publicly, and it’s very specific. It’s the kiss first and then the curtsy.”

For West, the detail in the costumes is something that helped him get into the headspace of Prince Charles, going on to tell Sky News: “He’s one of the best dressed men in the world.

“My favourite is his white tropical naval captain’s suit, which is very nice, and nobody looks bad in that. Nobody.”

Williams added: “They have a real skill for finding things from the nineties that have been worn and worn.

“I hate it when you see someone in a pair of shoes that have just been bought, when they would really have shoes that were 20-years-old.”

Season five of The Crown streams on Netflix from 9 November.

England-New Zealand delivers fireworks once more, but both teams are a work in progress
MJF and Paddy Pimblett beef over the dangers of MMA vs. pro wrestling
Tourist booed and mobbed after scaling ancient pyramid in Mexico
FIFA allows rainbow hats and flags ahead of Wales’ second World Cup game
Manchester United owners confirm they could sell the club