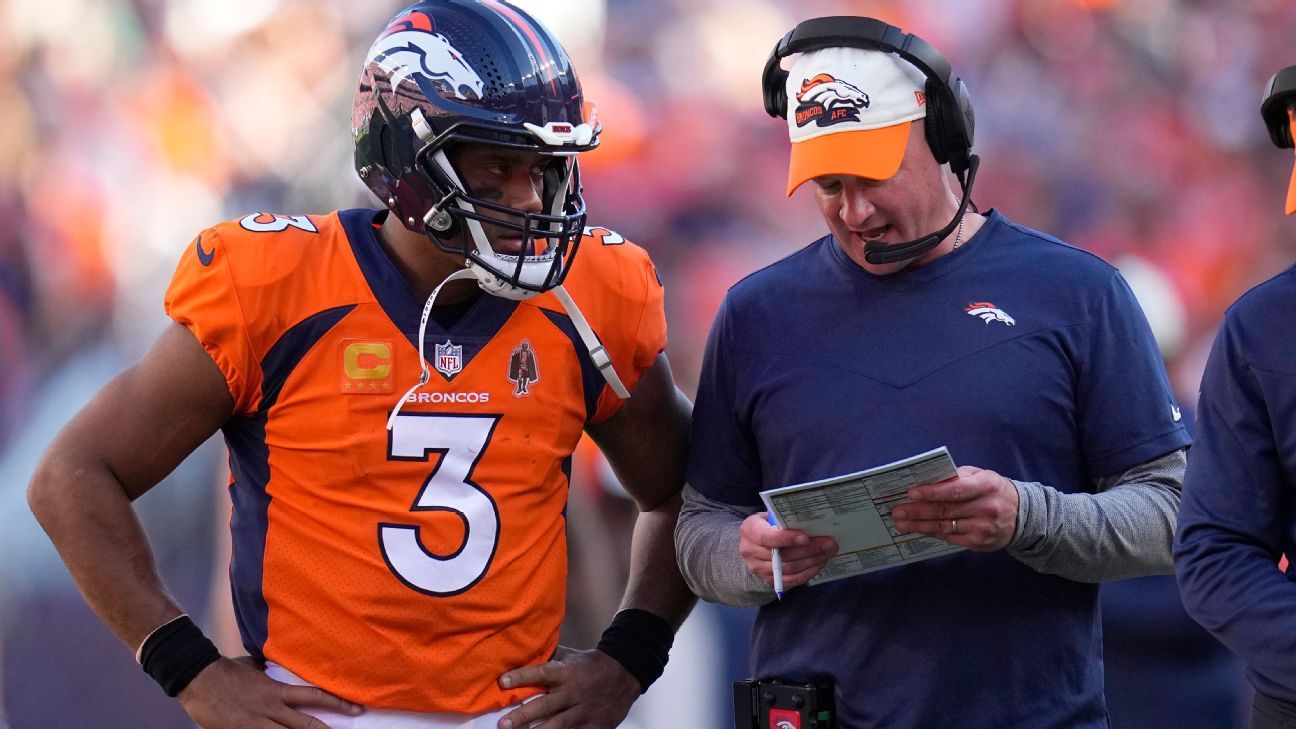 So much so, Paton said that while he’d listen to offers leading up to Tuesday’s trade deadline, “we’re not in the mode of getting rid of our really good players.”

The Broncos arrived in London this week with the league’s lowest scoring offense (14.3 points per game) and on a four-game losing streak. Hackett’s rough ride on the learning curve in his first seven games as an NFL head coach has made him a target for criticism as Wilson and the offense have performed far below lofty preseason expectations.

The Broncos (2-5) have scored 16 or fewer points in six of their games. The defense, meanwhile, has surrendered just eight touchdowns.

“I believe in Nathaniel, I support Nathaniel 100%,” Paton said Thursday. “He’s been in this seven games as a head coach. The scrutiny he’s faced is unprecedented. You know, we’ve had four prime-time games, so he’s kind of had to learn with the whole world watching.

“He’s kept the team together. He’s kept our building together. I appreciate how he’s fought through it.”

However said he knew there’d be growing pains with all of the newness involved on the offense: new coach, new schemes, new quarterback.

“I knew it wasn’t going to be a well-oiled machine,” Paton said. “I thought it would take time, and obviously it has. But there is a lot we have to work on. No excuses. We need to play better. Obviously the offense isn’t good enough to win games. The defense has kept us in it, but the offense has to play better.”

Paton stood by the decision to acquire and sign Wilson to a five-year, $245 million contract extension. The deal, if Wilson plays it all the way out, would keep him with the team through the 2028 season.

“We know what Russ is capable of, and it’s our job to get the best out of Russ and our entire offense,” Paton said. “I know we’ll get there. You’ve seen the flashes with Russ. … You see the arm strength, the accuracy, the mobility, We all need to play better, that’s for sure, on offense.”

Wilson, who missed Sunday’s game against the New York Jets with a hamstring injury, has completed 58.6% of his passes this season and has five touchdown passes and three interceptions in his six starts. He has one game with two touchdown passes and two starts when he has not thrown a scoring pass.

“I’m not concerned,” Paton said. “We’re in it for the long haul with Russ, not the first seven games. I believe in Russ. We just need to play better on offense. … We need an identity. We really don’t have an identity and I think that comes with time and hopefully it’s soon.”

Other teams reportedly have had interest in several players leading up to the trade deadline, including outside linebacker Bradley Chubb, wide receiver Jerry Jeudy and tight end Albert Okwuegbunam, who has been inactive for the past two games.

Chubb, who is having what could turn into the best season of his career in the final year of his current contract, could draw interest from contending teams in search of an impact pass-rusher.