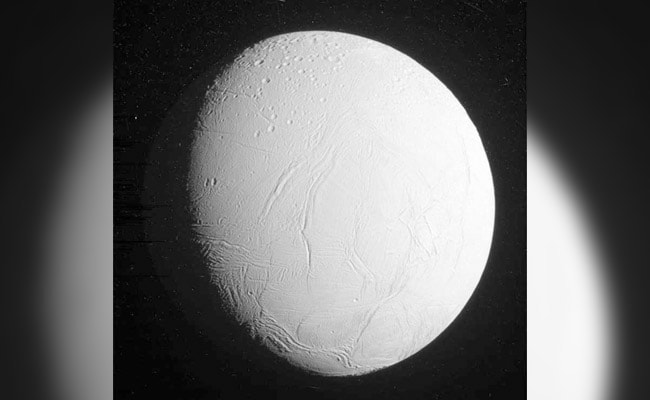 The search for alien life just got more interesting as a team of scientists recently discovered new evidence suggesting that Saturn’s moon Enceladus has oceans that have all the basic requirements and materials needed for life to survive. According to a new study published in the Proceedings of the National Academy of Sciences (PNAS), researchers believe that the ocean of Enceladus is filled with dissolved phosphorus, which is an essential ingredient for life.

“Enceladus is one of the prime targets in humanity’s search for life in our solar system,” said Southwest Research Institute’s Dr Christopher Glein, the co-author of the paper.

“What we have learned is that the plume contains almost all the basic requirements of life as we know it. While the bioessential element phosphorus has yet to be identified directly, our team discovered evidence for its availability in the ocean beneath the moon’s icy crust,” he added.

Running models with data on the ocean-seafloor system on Enceladus, the research team predicted that there should be as much or more phosphorus than in seawater on Earth. “What this means for astrobiology is that we can be more confident than before that the ocean of Enceladus is habitable,” Mr Glein added.

The researchers noted that it was previously Enceladus might not have adequate levels of phosphorus to support life. However, with their new study, Mr Glein suggested that a new probe be sent to Enceladus in a bid to investigate the habitable ocean.

“We need to get back to Enceladus to see if a habitable ocean is actually inhabited,” he said as per the study.

Meanwhile, as per The Independent, Saturn is not the only planet that might have life in its vicinity. The presence of ammonia on Venus has also led some researchers to suggest that the planet could have alien life in its sulfuric atmosphere. They have said that while the planet itself is too hot to have life, there could be microscopic organisms in the clouds, producing ammonia to neutralise the acidity in the same way that animals on Earth do.