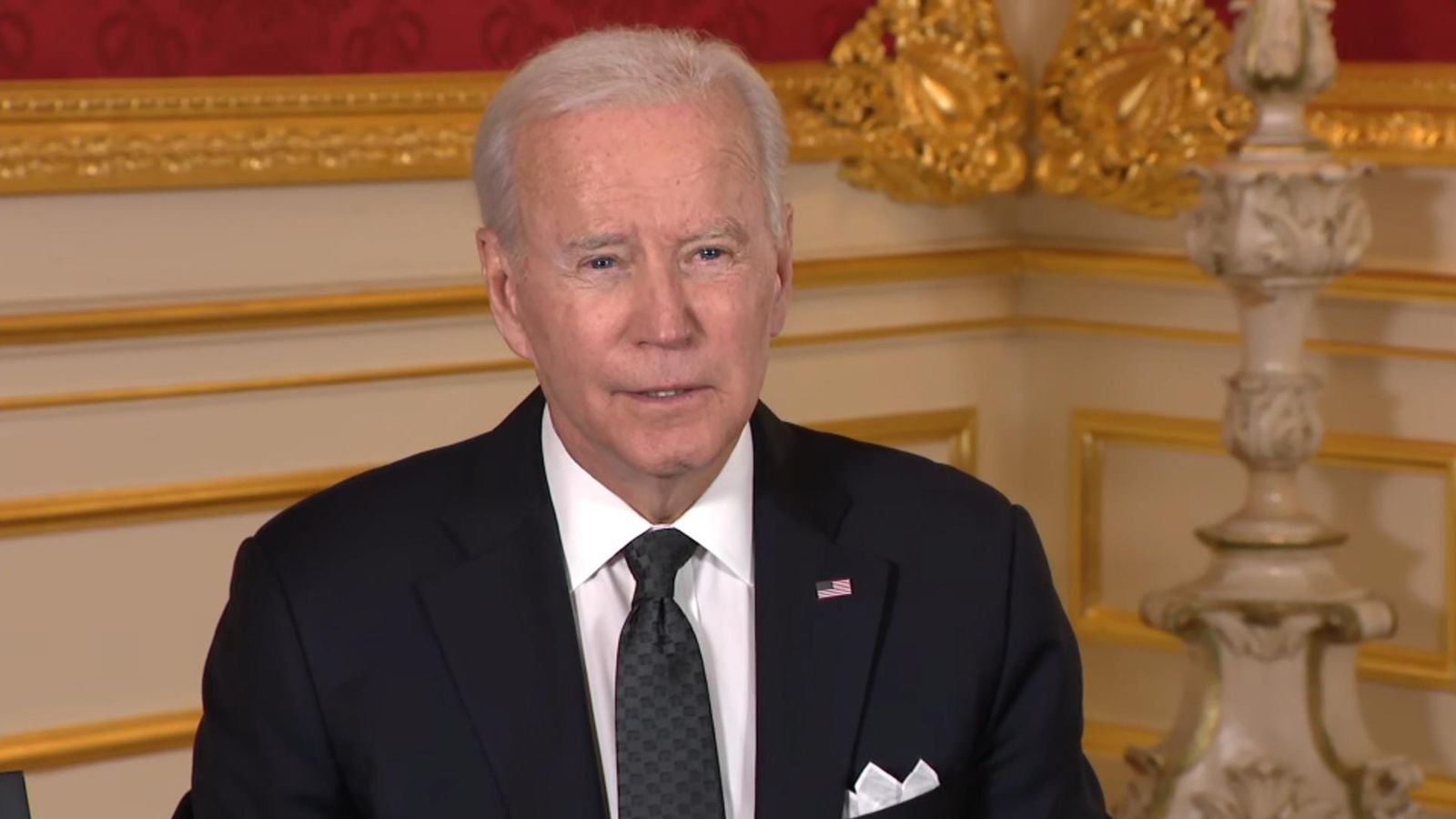 Joe Biden will tell Liz Truss she must work with the EU to find a negotiated outcome to the Northern Ireland Protocol when they meet later today, the White House has said.

The US president and the prime minister will hold a delayed meeting in New York on Wednesday, where world leaders have assembled for the United Nations summit.

Ms Truss declined to discuss the protocol with France’s Emmanuel Macron during a meeting on Tuesday, and No 10 did not say if she will raise it with European Commission President Ursula von der Leyen.

But US national security adviser Jake Sullivan made it clear President Biden will discuss it “in some detail” with Ms Truss.

Mr Sullivan told reporters the president “will encourage the UK and the European Union to work out an effective outcome that ensures there is no threat to the fundamental principles of the Good Friday Agreement”.

“And he will speak in some detail to her about that,” he added.

The adviser said Mr Biden will “communicate his strong view that the Good Friday Agreement – which is the touchstone of peace and stability in Northern Ireland – must be protected.

“And we must collectively take steps – the US, the UK, the parties in Northern Ireland, the Republic of Ireland – to ensure that it is protected,” he added.

The UK and EU remain in dispute over the trading arrangements between Great Britain and Northern Ireland, with the UK insisting physical checks on farm produce and other goods are removed.

The UK has insisted it will act unilaterally if a solution cannot be found and has drawn up legislation to enable the UK to tear up part of the protocol – the Northern Ireland Protocol Bill.

The EU and other critics say it will breach international law by effectively ditching key parts of the Brexit deal signed by Boris Johnson and the EU in 2019.

The bill was tabled by Ms Truss this summer and is expected to reach the Lords in mid-October, and threatens to further escalate tensions between the EU and potentially the US as well.

Mr Biden, who has Irish heritage, has previously raised concerns about Brexit’s threat to the peace process.

Lord Darroch, who served as the UK ambassador to the US under Ms Truss’ three predecessors, told Sky News it is “stone cold certain” that the lack of progress in striking a free trade deal with the US is related to that.

He said: “The Democrat administration have made this clear in briefings, there is going to be no trade deal unless we can sort out the protocol in a way that the EU and particularly the Irish government is happy with, and no unilateral rewriting of it.”

Speaking ahead of Wednesday’s meeting, he said there are “clearly tensions under the surface” – pointing to both the protocol bill and President Biden’s recent comments about “trickle down economics”.

The two leaders are due to meet a day after the US leader criticised the economic policy being advocated by Ms Truss.

Mr Biden said he was “sick and tired of trickle-down economics” and claimed “It has never worked”.

While the criticism was surely for a domestic audience, it underlined the differences between the two leaders’ stances just as Ms Truss says she wants to foster closer ties with international allies.

He also said on Tuesday that the protocol is an issue “we want to resolve with the EU” when questioned why she did not discuss it with Mr Macron.

Russia’s invasion of Ukraine, the “challenges posed by” China, the energy crisis and the “economic relationship between the US and the UK” were also billed for tomorrow’s meeting.

But Mr Sullivan accepted Ms Truss’ prediction that a comprehensive US-UK trade deal, which Brexit supporters touted as a major prize of leaving the EU, is years away.

Ms Truss told reporters on Tuesday: “There aren’t currently any negotiations taking place with the US and I don’t have an expectation that those are going to start in the short to medium term.”