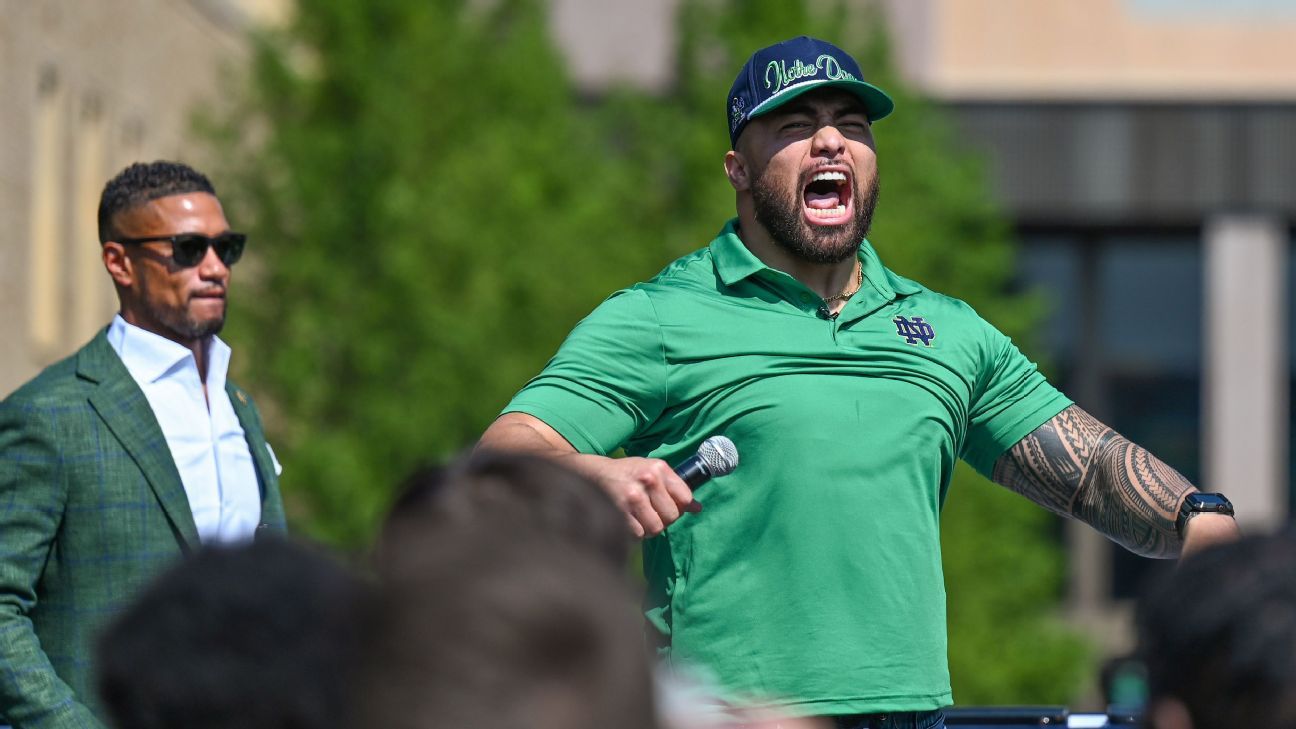 SOUTH BEND, Ind. — Former Notre Dame linebacker Manti Te’o, runner-up to Texas A&M‘s Johnny Manziel for the Heisman Trophy in 2012, made his first public appearance on campus in nearly a decade since it was disclosed he was the victim of a bizarre high-profile catfishing scheme involving a fake girlfriend.

“It’s always good to be home. There’s no place like home. But I want to make this real clear. It’s not about me. It’s not about one person. It’s about this whole family,” Te’o said, speaking to fans before Notre Dame’s game against California.

Te’o received an enthusiastic response from fans. He attended Mass with the team at the Basilica of the Sacred Heart on campus and then walked with the team before the game to the stadium. He stopped briefly with coach Marcus Freeman to address the crowd, with the Touchdown Jesus mural as a backdrop.

Te’o high-fived fans as he walked through the crowd, stopping briefly for photos. Te’o then took questions from the media in the press box before the game. He said it was his fourth time back at Notre Dame since news broke about the hoax.

Te’o said he’s been pleasantly surprised by the response he received from the Netflix documentary “Untold: The Girlfriend Who Didn’t Exist.” He said he was anxious about it because he didn’t want to talk about it again.

“All the facts are out there and I’m happy with it because it’s factual. … Since day one, it’s been nothing but positive,” he said.

Te’o was a second-round NFL draft pick in 2013 by the Chargers. He played for San Diego for four seasons and the New Orleans Saints for three.