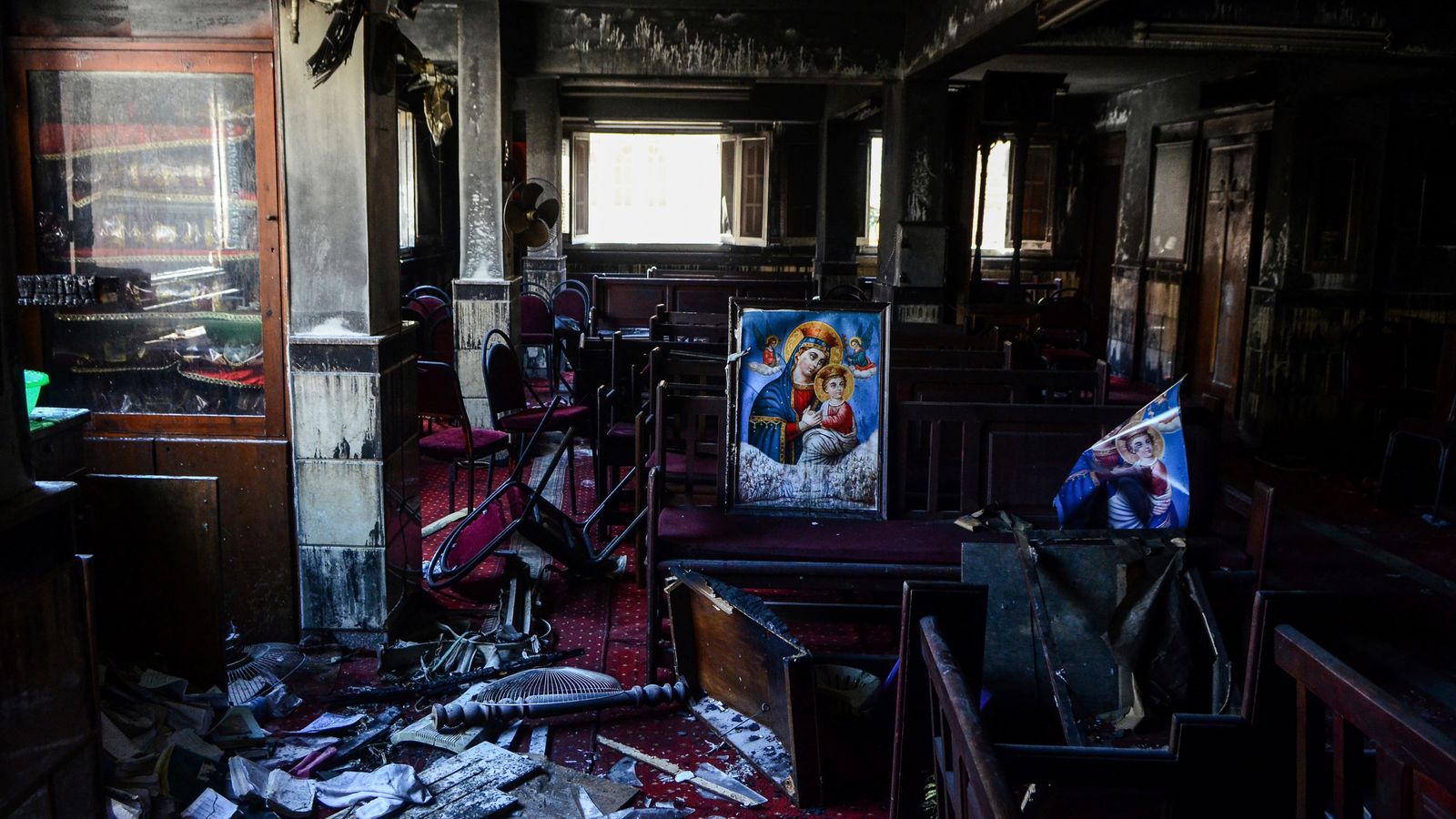 At least 41 people have been killed in a fire at a church in Egypt’s capital, Cairo.

An electrical fire broke out as 5,000 worshippers gathered for mass at the Coptic Abu Sefein church in the Imbaba neighbourhood, sources told the Reuters news agency.

The fire blocked an entrance to the church, causing a stampede, they said, adding that most of those killed were children.

The number of dead was announced by the country’s Coptic Church, citing health officials, and by security sources.

At least 14 other people were reportedly injured.

“People were gathering on the third and fourth floor, and we saw smoke coming from the second floor,” said Yasir Munir, a worshipper at the church.

“People rushed to go down the stairs and started falling on top of each other.

“Then we heard a bang and sparks and fire coming out of the window,” he said, adding that he and his daughter were on the ground floor and able to escape.

“There are children we didn’t know how to get to them,” said Abu Bishoy.

“And we don’t know whose son this is, or whose daughter that is. Is this possible?”

The interior ministry said it received a report of the fire at 9am local time, and the blaze broke out in an air conditioner in the building’s second story.

“I am closely following the developments of the tragic accident,” Mr el-Sissi wrote on Facebook.

“I directed all concerned state agencies and institutions to take all necessary measures, and immediately to deal with this accident and its effects.”

Sunday’s blaze is one of the worst fire tragedies in recent years in a country where safety standards and fire regulations are poorly enforced.

In March last year, a fire at a garment factory near Cairo killed at least 20 people and injured 24 more.

GE to work on converting old, gas-fired power station in Britain into a battery storage facility
As Tory conference looms, the PM cuts a diminished figure after squandering political capital
Chancellor holding meeting with bankers as fallout from mini-budget continues
Prince William calls for improved online safety after coroner’s ruling in Molly Russell death
Google adds new search features to try to give users the ‘vibe’ of a city or neighborhood