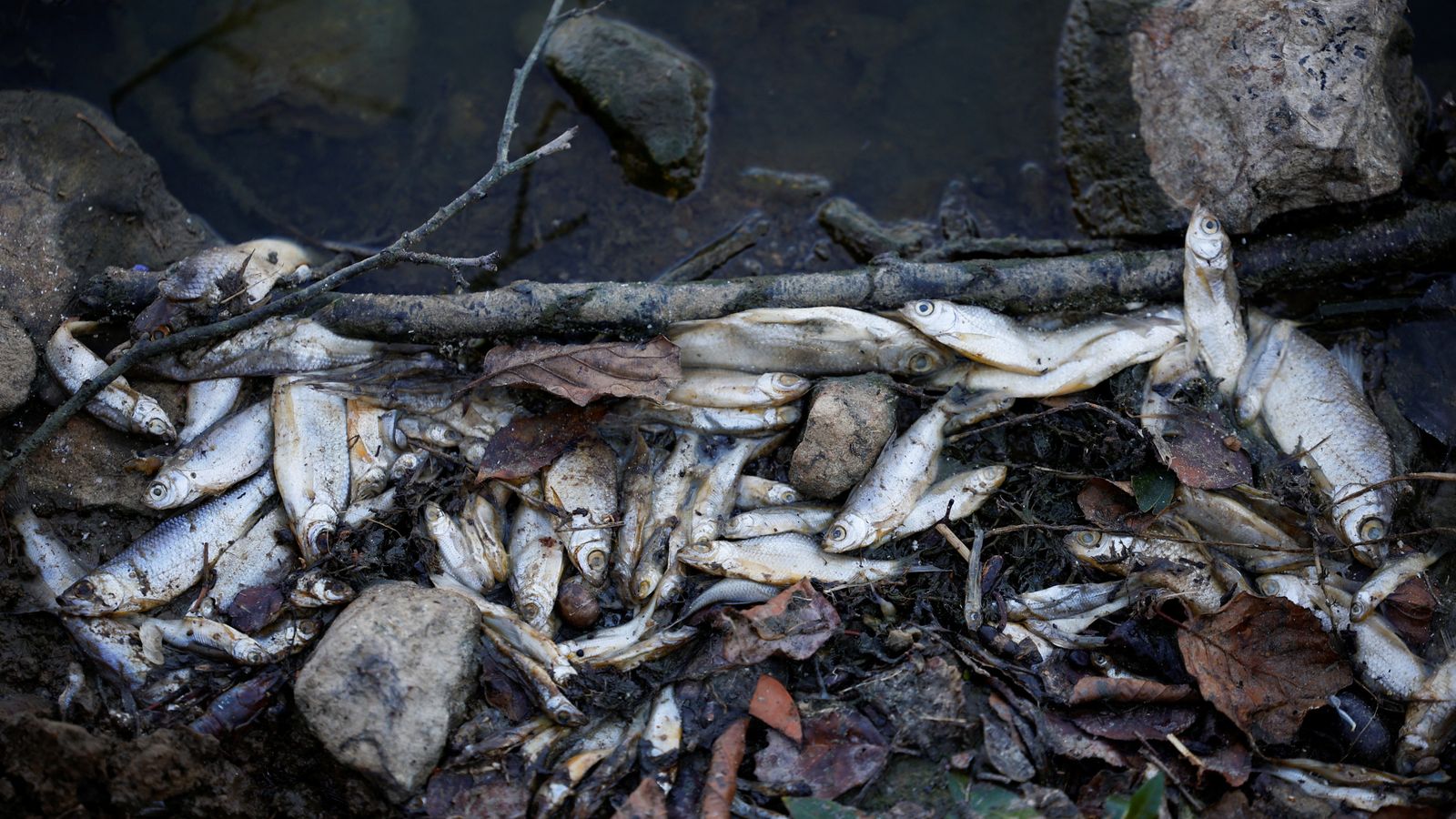 The drought scorching much of the European Union is set to be the worst endured since the sixteenth century, a senior scientist at the European Commission’s (EC) drought service has warned.

“At the moment… this seems to be the worst” year in 500 years, although a full analysis will need to happen retrospectively, said Andrea Toreti, senior researcher at the EC’s Joint Research Centre, who compiles data for the European Drought Observatory.

“We haven’t analysed fully the event, but based on my experience I think that this is perhaps even more extreme than in 2018,” he said, responding to a question from Sky News during a briefing.

“2018 was so extreme that looking back at this list of the last 500 years, there were no other events similar,” due to the compounding hot and dry weather, explained Mr Toreti, who published a study on historical droughts a year after the event four years ago.

That year, particularly dry and hot weather left central and northern Europe with yields of key crops up to 50% lower, but “favourable” wet conditions in southern Europe saw harvests shoot up.

The extremely rare “seesaw” effect buffered the bloc from the impacts of the regional drought by preventing higher volatility and price spikes.

This year “on the contrary, most of Europe” is exposed to compounding heatwaves and dry weather, he said, as droughts impact food and energy production, drinking water and wildlife.

“This year is really exceptional,” he added.

The latest data from the European Drought Observatory (EDO) shows some 45% of the bloc’s territory under “warning” conditions, the second of three drought categories, during the 10 days leading to 20 July.

More worrying is the 15% of land that has moved into the most severe “alert” state, meaning not only is the soil drying out after low rain, but plants and crops are suffering too.

The EDO combines measurements taken on the ground, satellite data and imagery and complex computer modelling to paint a picture of how the territory is coping.

Italy is one of the worst affected by the current ongoing drought, declaring a state of emergency for areas surrounding the River Po, which accounts for more than a third of the country’s agricultural production.

France has set up a crisis team to deal with its worst drought on record that has left parched villages without safe drinking water and farmers warning of a milk shortage in winter.

Large areas of Romania, Hungary and Ukraine are also withering, and tinderbox conditions are fuelling wildfires in Spain and Portugal.

The amount of land in drought is expected to creep up further still.

“We have estimated a worsening of the situation in most of Europe,” Mr Toreti said.

Climate breakdown is making drought in the Mediterranean more severe and more likely, although it is not to blame for all droughts globally.

Causes of drought are complex, but climate change affects it in two key ways. It concentrates rainfall into shorter and more intense bursts, making it harder to retain, and brings hotter temperatures which evaporates more water.

The show investigates how global warming is changing our landscape and highlights solutions to the crisis.