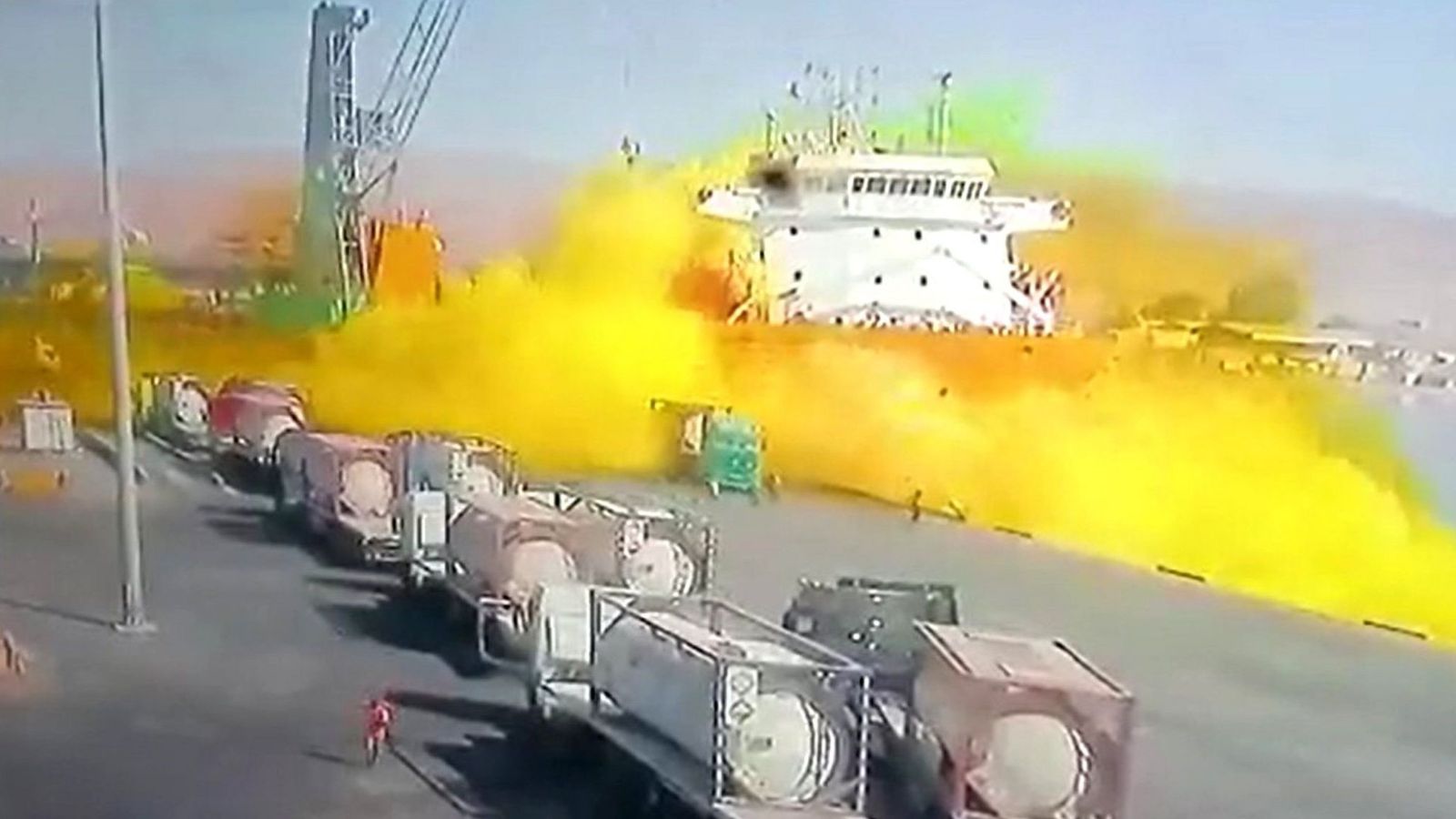 A poisonous chlorine gas explosion at the port of Aqaba in Jordan is said to have killed at least 13 people and injured 250.

It happened after a tank filled with 25 tonnes of chlorine being exported to Djibouti fell while being transported, officials said.

Jamal Obeidat, head of Aqaba health department, told state television: “We advise citizens in Aqaba to stay indoors and close the windows. This gas is critical.”

And he warned there could be more deaths linked to the leak.

A video posted on state television’s Twitter page showed a storage tank falling from a winch and slamming into the deck of a ship, followed by bright yellow-coloured gas rising into the air as people ran away.

The Civil Defence service said on its Facebook page that specialised teams had been scrambled to deal with the gas, and planes were being sent to evacuate people from Aqaba.

Chlorine is a widely used disinfectant and water purification agent, but if inhaled, the gas turns to hydrochloric acid, which can lead to internal burning and drowning through a reactionary release of water in the lungs.

Jordan’s Prime Minister Bisher al-Khasawneh went to the town and headed straight to a hospital where some of the injured were being treated, state TV reported.

The area where the explosion happened on the Bay of Aqaba is about 12 miles (20 kilometres) from Israel’s southern city of Eilat.

Aqaba has a population of 188,000 people and 50,000 live in Eilat, with the two cities connected by a land border crossing.

The explosion is one of Jordan‘s worst accidents in recent years.

These documents are ‘Rosetta Stone’ of FBI’s Mar-a-Lago search, Honig says
Your iPhone can identify any song with just a tap. Here’s how to set it up
Cloud stocks are rallying after a punishing start to the year as 2022 outlook brightens
Salman Rushdie is on a ventilator and may lose eye after he was stabbed, says agent
Wallabies injury curse strikes again, Fainga’a out