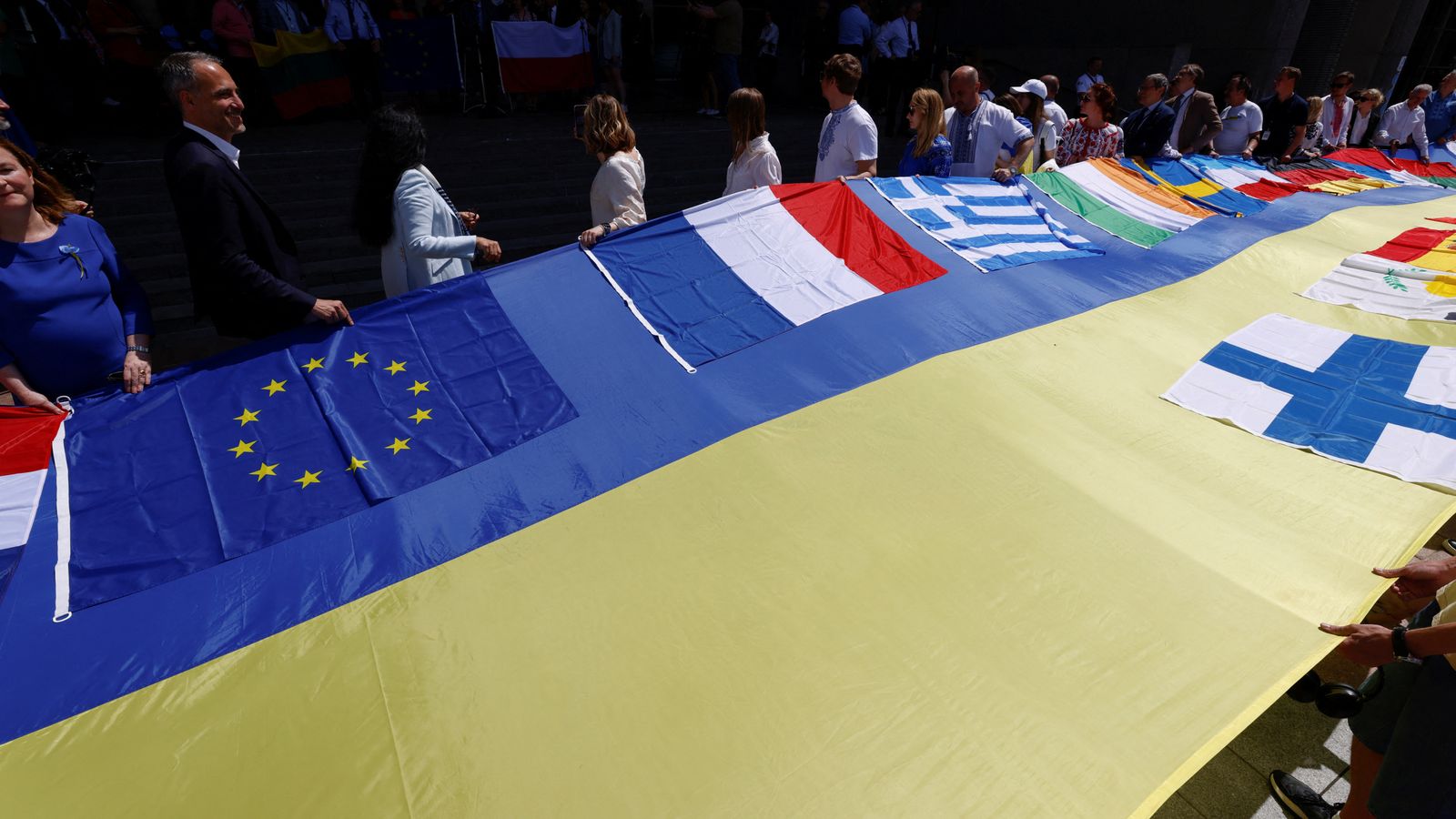 EU leaders have accepted Ukraine and Moldova as candidates to join the bloc, opening a path to membership that’s likely to take a number of years.

President of the European Commission Ursula von der Leyen tweeted that it was a historic moment and a “good day for Europe”.

“Your countries are part of our European family,” she posted.

The move is likely to anger Russia which has long opposed the prospect of Ukraine joining the EU and becoming closer with the West.

Ukraine applied less than a week after it was invaded in February and its candidacy has been fast-tracked.

European leaders approved the move in a special summit.

Ms von der Leyen said the decision “strengthens Ukraine, Moldova and Georgia, in the face of Russian imperialism. And it strengthens the EU.

“Because it shows once again to the world that we are united and strong in the face of external threats.”

Moldova’s president, Maia Sandu, also hailed a historic moment for her country – which borders Ukraine. She said there was a “difficult road ahead” but that it offered “more prosperity, more opportunities and more order”.

Georgia has also taken a step towards joining the EU.

European Council President Charles Michel tweeted that it had recognised “the European perspective of Georgia and is ready to grant candidate status once the outstanding priorities are addressed”.

“Congratulations to the Georgian people. A historic moment in EU-Georgia relations: Georgia’s future lies within the EU,” he said.

Candidates must meet standards on the state of their economy and political sphere, including a commitment to the rule of law and other democratic principles.

Ukraine will have to cut government corruption and enact other reforms.

The three countries “all have work to do before moving to the next stage of the process”, said Ms von der Leyen, adding that she knows “they will move swiftly”.

If a country successfully joins the EU it is protected by a treaty clause that requires other members to help if it’s attacked.