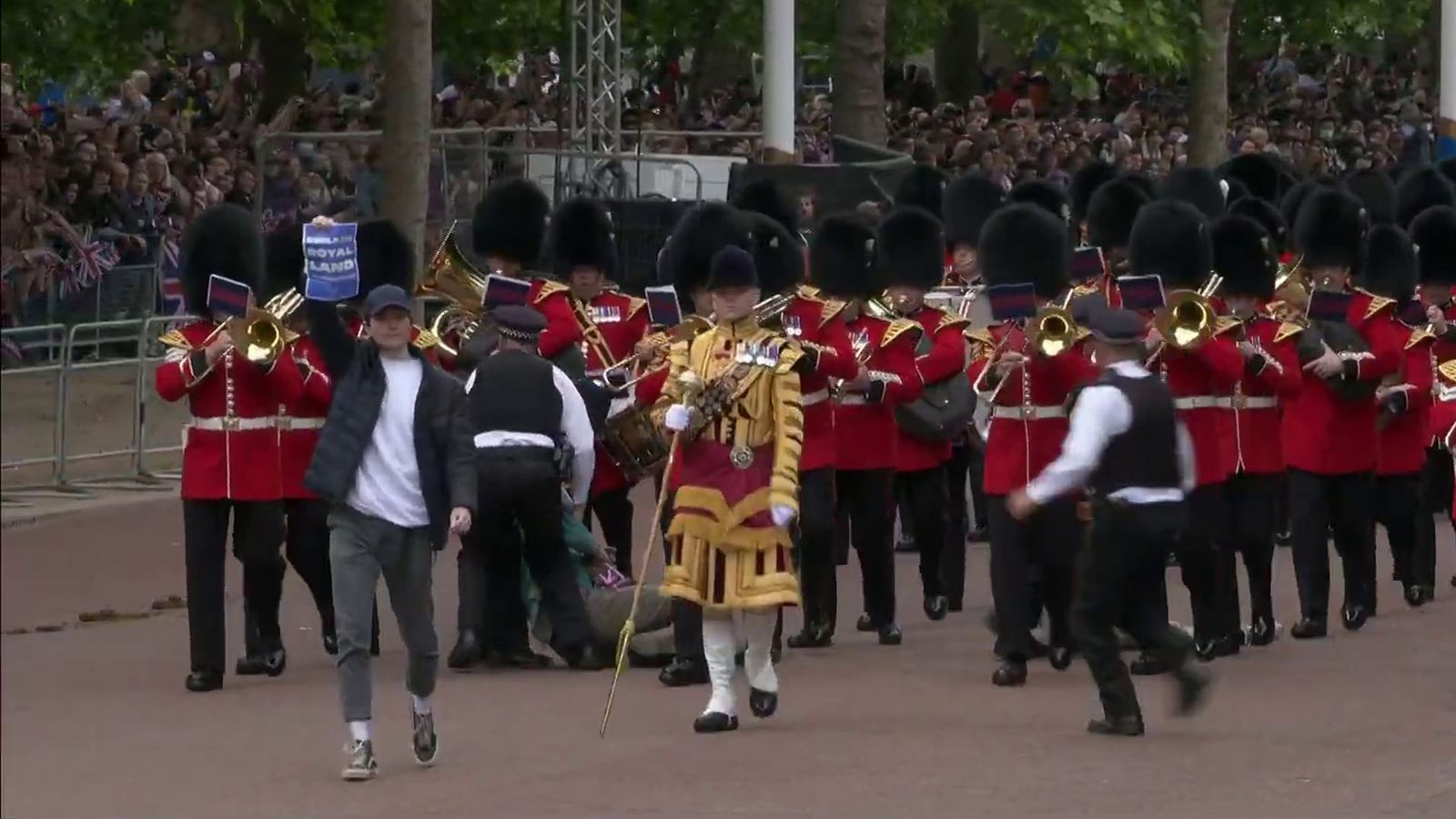 A group of men have been dragged off the Mall by police after they ran in front of a parade as the Queen’s Platinum Jubilee celebrations started.

The men, some wearing plastic crowns, were seen jumping the barriers lining the Mall leading up to Buckingham Palace.

Some of them lay down on the ground in front of a troop of soldiers who were parading up the Mall.

One man was holding a placard as he marched in front of the soldiers, while the soldiers continued to march around the men on the ground.

Police officers quickly grabbed the men and dragged them off the road to the side.

It once cost £1 to get into Glastonbury – but now fans are feeling the effects of spending squeeze
NBA free agency: Latest deals, news and buzz
Google memo on end of Roe v. Wade says employees may apply to relocate ‘without justification’
Mississippi’s last abortion clinic faces rush of women trying to beat deadlines of biology and of law
GOP lawmaker says Trump was wrong and won’t support him in primary