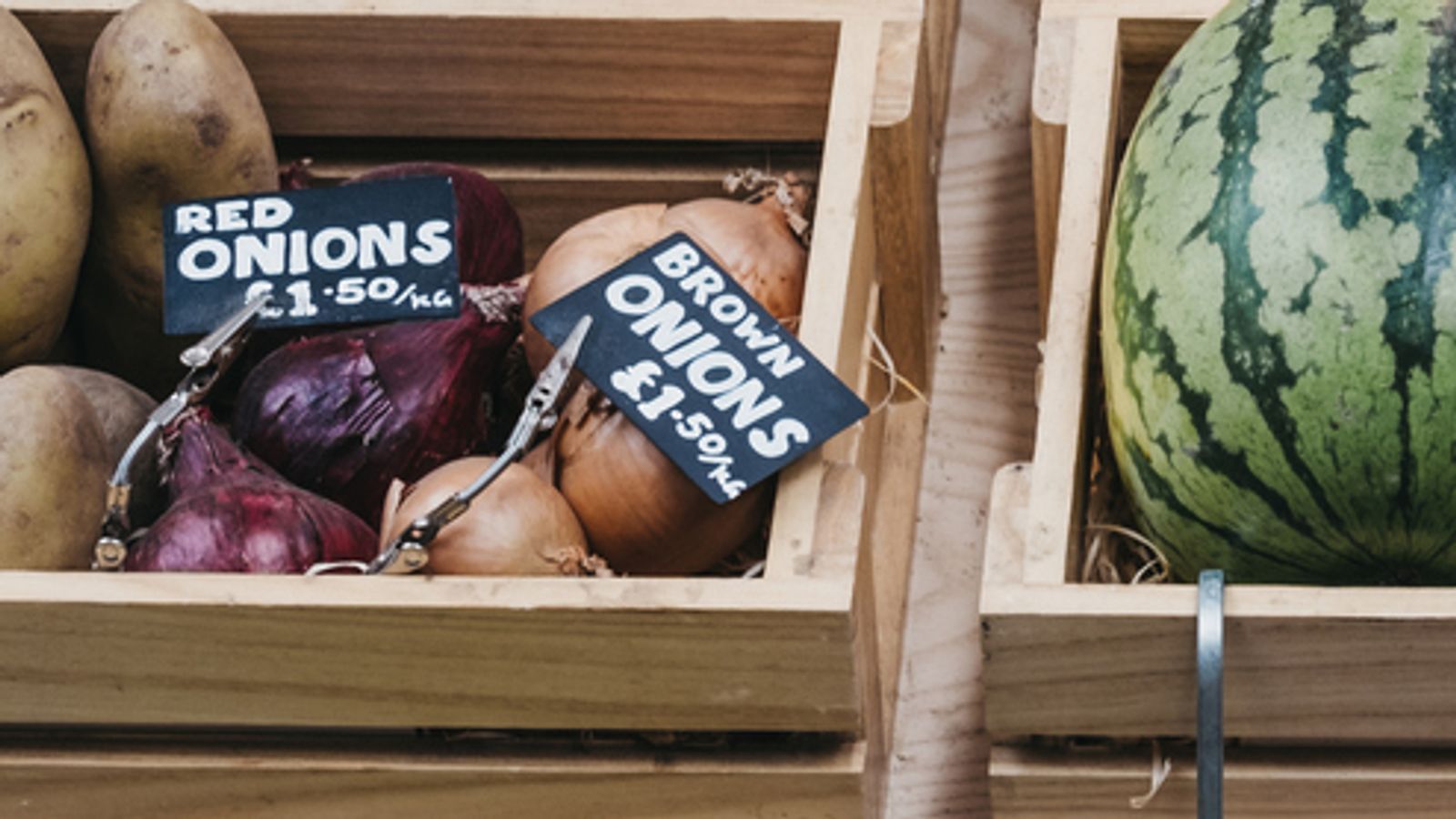 A government consultation that could mean greater use of imperial measurements will be launched on Friday.

In 2000, the EU weights and measures directive forced traders to use metric when selling packaged or loose goods such as fruit and veg.

They can still use pounds and ounces but must also list grammes and kilos, except for a few exceptions.

The 12-week consultation – trailed by Whitehall sources earlier this week – will examine how this rule might be changed to give traders more freedom.

For example, it could lead to fruit and veg being priced just in imperial – or in pounds with a less obvious metric equivalent.

It denied it would mean extra costs for businesses and insisted firms would not be forced to make changes.

Businesses, trade associations and consumer groups are among those that will be involved in the consultation.

“While we think of our fruit and veg by the pound, the legacy of EU rules means we legally have to sell them by the kilo,” said business minister Paul Scully.

“Our consultation today will help shops to serve customers in the way their customers want.”

However, Tory peer and Asda chairman Lord Rose said returning to pounds and ounces was “complete and utter nonsense” and that it would “add cost” and only please “a small minority who hark for the past”.

The potential revival of imperial comes after the prime minister’s appointment of Jacob Rees-Mogg earlier this year as Brexit opportunities minister with a brief to slash Brussels red tape.

But, as far back as the 2019 election campaign, Boris Johnson promised a new “era of generosity and tolerance towards traditional measurements” and claimed measuring in pounds and ounces was an “ancient liberty”.

In a policy paper entitled “Brexit Opportunities” last September, the Cabinet Office vowed to “review the EU ban on markings and sales in imperial units and legislate in due course”.

Then Brexit minister Lord Frost declared: “Overbearing regulations were often conceived and agreed in Brussels with little consideration of the UK national interest. We now have the opportunity to do things differently.”