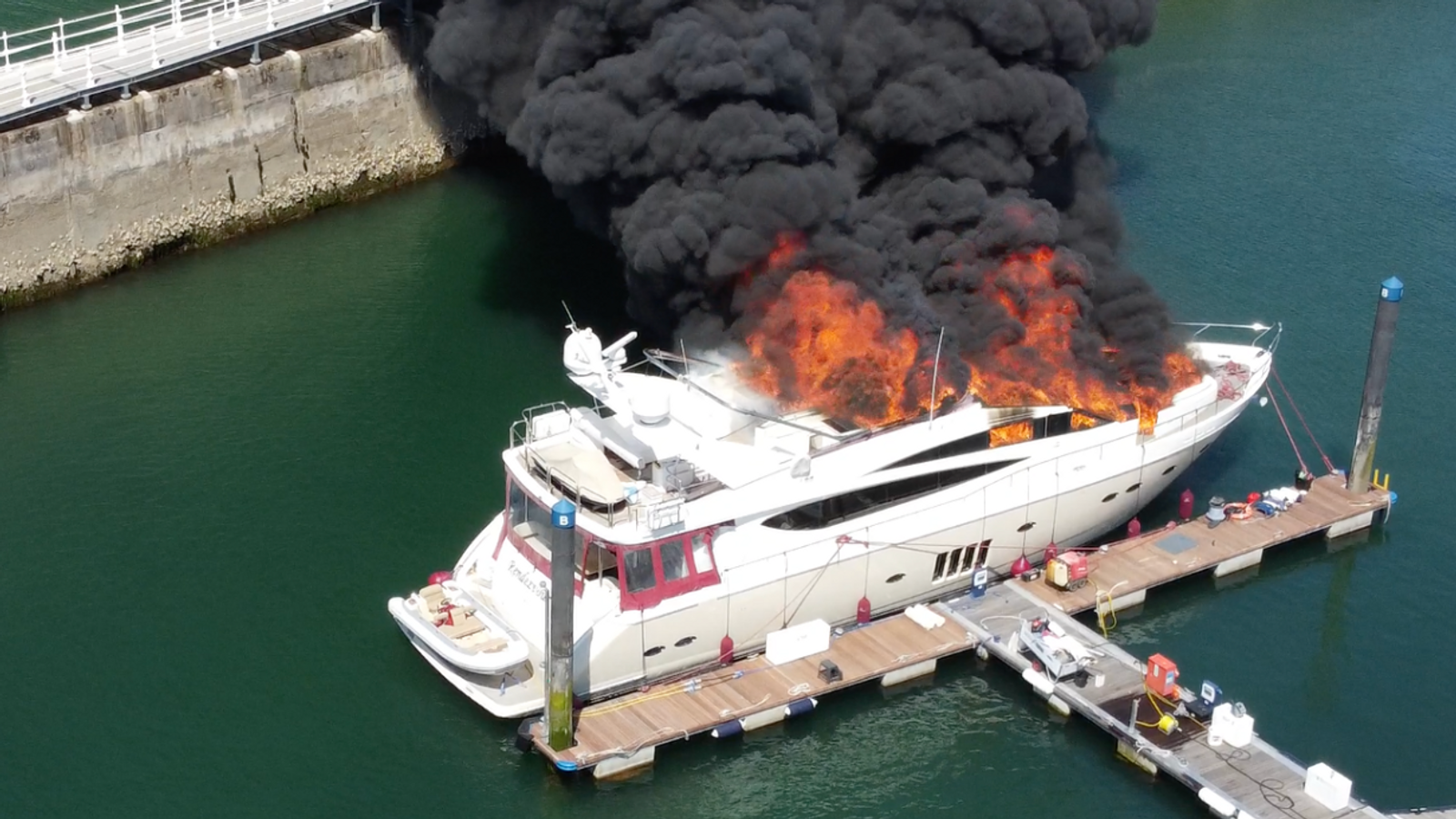 The race is on to prevent a massive oil spill off the coast of Devon after a superyacht caught fire and sank.

The 85ft vessel had been carrying around 8,000 litres of fuel when it was engulfed by flames while moored at Torquay on Saturday.

Witnesses said that the fire burnt through the rope mooring the yacht, cutting it adrift so it floated along the marina before hitting a bridge, which acted like a barricade.

Nobody was injured but the boat sank at about 6pm.

The Environment Agency is now handling the case and officers issued two pollution alerts for the beaches closest to the marina on Saturday.

It is understood that more pollution recovery equipment will arrive today from Birmingham.

An Environment Agency spokesperson said: “Our officers are providing assistance to the Harbour Master Authority (HMA) to contain the oil and fuel within the booms that have been set up in the marina.

“The Environment Agency will be providing further advice in the coming days to the HMA on waste management as part of efforts to recover the sunken yacht.”

Torquay-based musician David Balmer, 58, told the PA news agency: “They’re worried about the fuel getting into the water and into the harbour, which is obviously the last thing you want.

“There were masses of people around. It was engulfed in flames and there was this huge cloud of black smoke.

“It was quite a spectacle, it was just an unbelievable sight.”

Devon and Cornwall Police said the cause of the fire was being treated as unexplained and inquiries were continuing.

Torquay Marina said in a statement: “Due to a fantastic team effort by the emergency services, harbour authorities, my staff and our customers, we were able to contain the emergency situation and avoid a major catastrophe.

“We now have several booms around the area to protect the environment. Please continue to be patient during the clean-up process.”