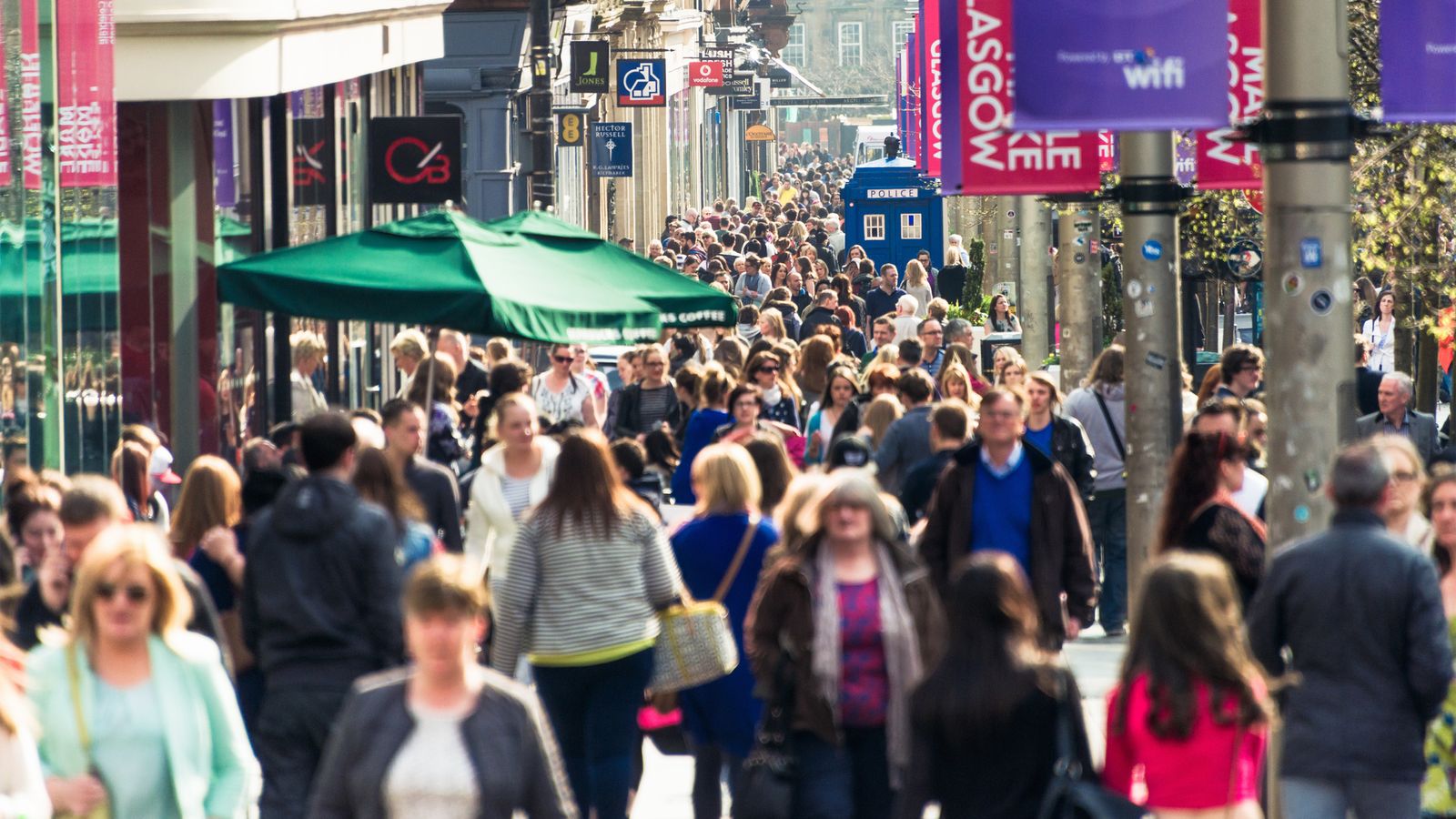 The chancellor’s cost of living package lowers the risk of a recession, leading economists have said.

In its latest forecast, the Bank of England said that growing pressure on household finances will lead to a deep economic downturn, suggesting that gross domestic product, the most comprehensive measure of economic growth, will contract by nearly a percentage point in the final quarter of the year.

Simon French, chief economist at Panmure Gordon, told Sky News that a key factor in this was the Office of Budget Responsibility predicting a fall in real incomes of 2.2% – but the support announced yesterday changes this because it puts more money back into people’s pockets.

Cost of living latest: Why families will lose out in energy bills rebate plan

“Our own estimates are that this halves that reduction, and therefore, you’re getting back into ranges that households in the historic past have been able to absorb through additional savings and taking on additional borrowing,” he said.

“And in a labour market that remains very strong, I think we can avoid a recession at the end of the year.”

He said Panmure Gordon is predicting a contraction in GDP in the second quarter of this year, which is from April to June.

He said this is largely a result of the extra bank holiday for the Jubilee, which previously generated large monthly contractions in June 2002 and June 2012.

But in the second half of the year, Panmure Gordon predicts that a contraction can be avoided.

“That’s quite significant, given the fears that both the Office for Budget Responsibility and the Bank of England have around growth at the end of this year,” he said.

Stephen Millard, deputy director at the National Institute of Economic and Social Research, cautioned that a windfall tax would offset some of the effects by dampening demand.

“A lot of this is a transfer – £5bn of the £15bn has been taken as a windfall tax, so that acts to lessen the demand a little bit in terms of investments by oil companies,” he told Sky News.

“The other £10bn is a straight increase in government spending, with the flow of money going to households, so that will certainly have an effect,” he continued.

Still, the former Bank of England economist agreed that the overall economic effect was likely to be positive.

“We’re slightly less likely to go into what would have been a mild recession,” he said. “I think it certainly has helped reduce the probability of a really bad recession.”