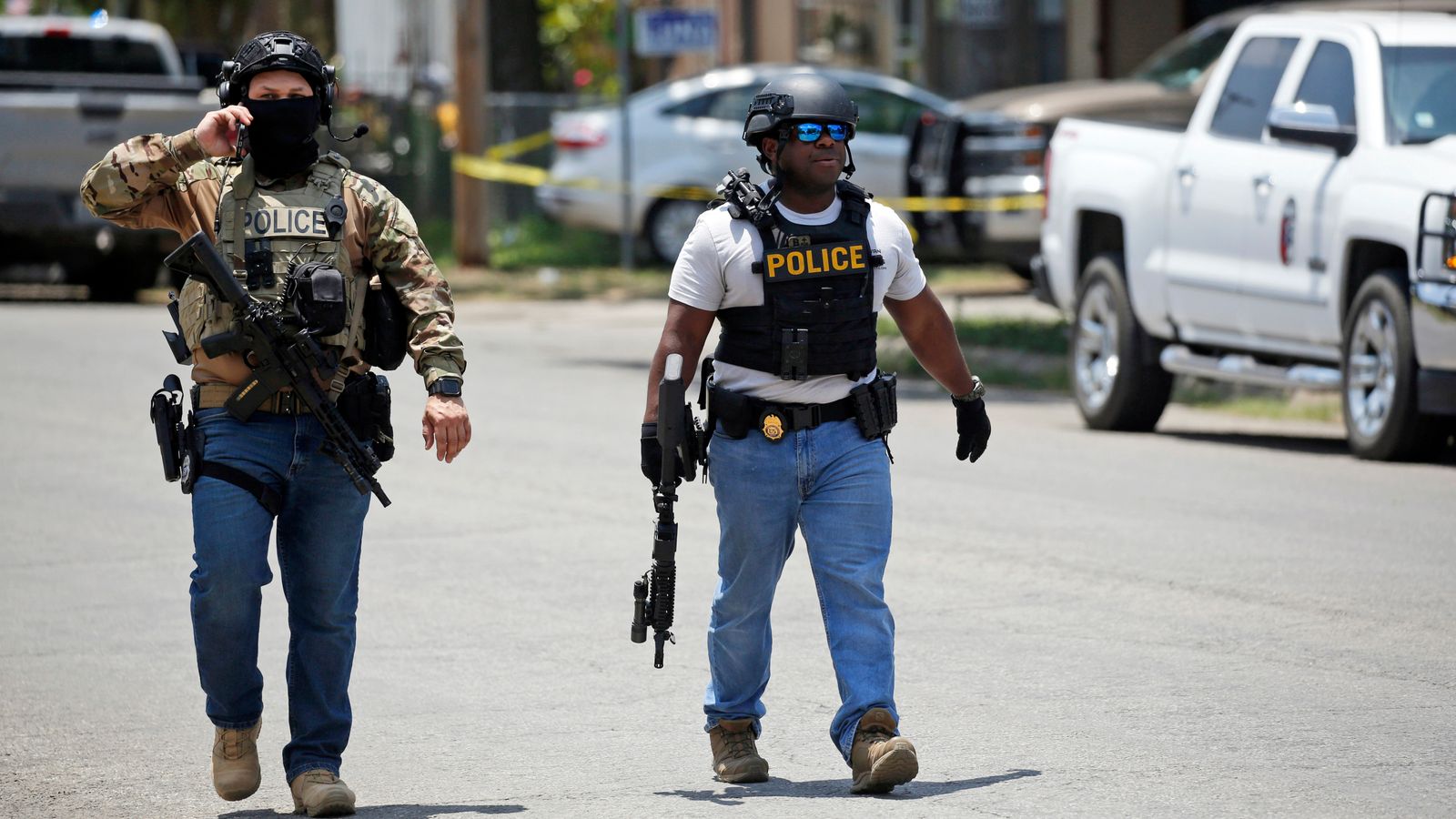 The father of one of the victims of the Texas school massacre wanted to charge into the building because the police officers were waiting outside and weren’t ” doing anything like they are supposed to”.

Officials have admitted that 18-year-old Salvador Ramos was in the school for up to an hour, during which time he murdered 21 people including 19 children and two teachers.

The revelation about the length of time it took to subdue Ramos came as the town of Uvalde gathered for a vigil to remember the victims of the Robb Elementary School massacre – the worst US school shooting in nearly a decade.

Seventeen people were also injured in the attack.

Javier Cazares, whose fourth grade daughter, Jacklyn Cazares, was killed in the attack, said he raced to the school when he heard about the shooting, arriving while police were still massed outside the building.

He said raised the idea of charging into the school with several other bystanders. “Let’s just rush in because the cops aren’t doing anything like they are supposed to,” he said. “More could have been done.”

“They were unprepared,” he added.

Juan Carranza, a witness who lives across the road from the school, said women shouted at officers to “Go in there! Go in there!” after the attack began, and said officers did not enter.

Mr Carranza had seen the gunman crash his truck in a ditch outside the school and grab a rifle.

Texas Department of Public Safety director Steven McCraw said in news conference that the gunman was on the premises between 40 minutes and an hour before law enforcement forcibly entered and killed him.

He said: “It’s going to be within, like 40 minutes or something, within an hour.”

Authorities say the gunman locked the door of a classroom once inside and started shooting.

A law enforcement official familiar with the investigation has said Border Patrol agents had trouble breaching the classroom door and had to get a staff member to open the room with a key.

Ramos had shot his grandmother in the face before heading to Robb Elementary School She remains in a critical condition in hospital.

As darkness fell in Uvalde on Wednesday evening families and individuals gathered to pay tribute to the victims, all of whom were in one classroom and included children under the age of 10.

Pastors led prayers as the crowd hold pictures of those died.

Families of the victims hugged each other as members of the community sang hymns.

Since the attack, it has emerged that Ramos sent a series of private messages to a Facebook contact where he said he would “kill” his grandmother and “shoot an elementary school”.

Officials also said the gunman’s grandmother was the person who alerted the police.

A series of posts appeared on Instagram and TikTok in the days leading up to the shooting including a selfie of the gunman in front of a mirror.

Instagram has confirmed it’s working with law enforcement to review an account that appears to belong to the gunman.

During the mass shooting Ramos wore an armoured vest and used a DDM4 rifle, a semi-automatic weapon modelled on the US military’s carbine.

Read more:
What we know so far about Texas gunman
Why changes to US gun laws doomed to fail
Grief, love, kindness and anger over latest massacre US President Joe Biden asked: “When will stand up to the gun lobby?” and called for new restrictions on firearms.

In the wake of the shooting Texas Governor Greg Abbott has faced fierce criticism from rivals over his stance on guns, in a state home to some of the most relaxed firearm rules in the US.

The National Rifle Association’s (NRA) annual meeting starts on Friday in the state’s city of Houston, where Republicans including Mr Abbott, Texas Senator Ted Cruz and former President Donald Trump are all scheduled to speak.

The NRA has called the shooting “the act of a lone, deranged criminal” and confirmed that it is proceeding with its event despite the massacre.

During a news conference, where Mr Abott blamed the shooting on a “mental health crisis” in the community, Democratic politician Beto O’Rourke, interrupted and shouted:

“You are doing nothing to stop this.

“This is totally predictable.”