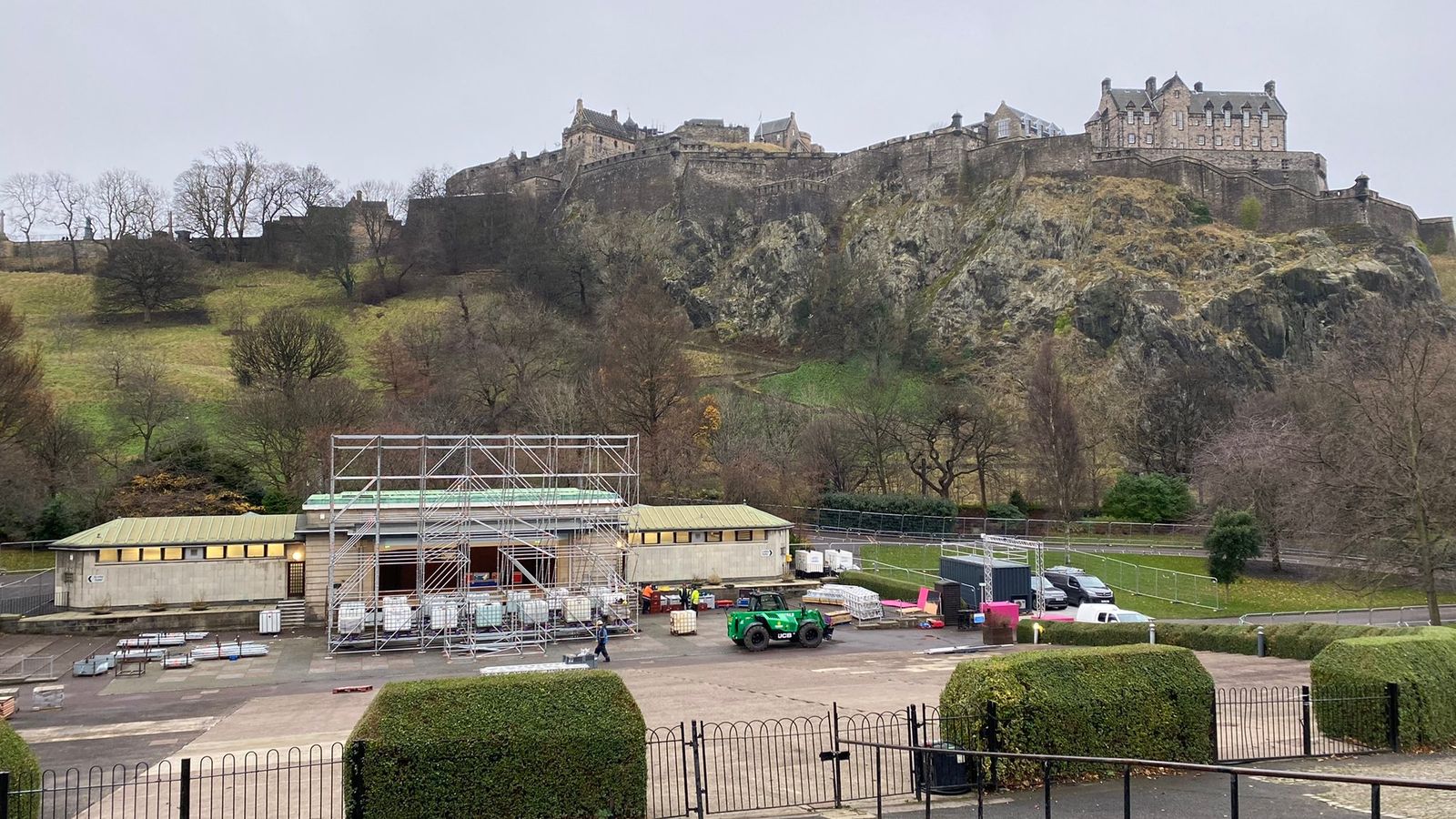 Football fans won’t be allowed in stadiums and Hogmanay events will be cancelled as Nicola Sturgeon imposes new restrictions in Scotland from Boxing Day.

Making a statement in the Scottish Parliament, the first minister said crowds at outdoor public events will be capped at 500 from Boxing Day for at least three weeks, while numbers at indoor public events are to be limited to 100 standing or 200 seated.

The restrictions do not apply to private events such as weddings.

Indoor hospitality venues will also return to table service from 27 December for up to three weeks and no more than three households will be able to sit in one group.

Ms Sturgeon said the restrictions will be reviewed at the end of the first week of January.

“From 27 December, again for a three-week period – we intend to introduce some further protections in hospitality settings and other indoor public places to reduce transmission risk in what are, through no fault of those who run such venues, higher-risk environments,” she told MSPs

“I can confirm that a requirement for table service-only will be reintroduced for venues serving alcohol for consumption on the premises.

“And we will also ask indoor hospitality and leisure venues to ensure one-metre distance, not within, but between groups of people who are attending together.”

Ms Sturgeon said she would not be changing the advice for Christmas, but urged people to be cautious when mixing with others.

She added that this year’s Christmas will be “more normal” than last year’s despite the newly announced restrictions – but urged those in Scotland to “minimise Hogmanay socialising as much as you can”.

Scotland’s first minister said the decision for live sports to be “effectively spectator-free” for three weeks has been made to cut down transmission of the Omicron coronavirus variant and because “large events put an additional burden on emergency services”.

“It will also mean that large-scale Hogmanay celebrations, including that planned here in our capital city, will not proceed,” she said.

“I know how disappointing this will be for those looking forward to these events, and for the organisers of them.”

Discussing the new restrictions for hospitality, which include a rule for table service-only in venues serving alcohol, she said: “I know how unwelcome this will be for everyone – but we believe these precautionary steps will help us navigate a difficult period more safely.

“I am also acutely aware that these decisions – and the advice we are giving the public – have significant financial implications for many businesses.”

The announcement from Scotland’s first minister comes as Prime Minister Boris Johnson has reportedly been presented with options for further restrictions in England – including a full lockdown.

Downing Street denied it was an emergency meeting after the government’s Scientific Advisory Group for Emergencies (SAGE) warned daily hospital admissions could reach 3,000 without further restrictions.

But they did not deny reports a number of ministers, including Chancellor Rishi Sunak, are against imposing stricter measures without more evidence of the new strains’ impact.

The prime minister he reserved “the possibility of taking further action” and that the situation was “very finely balanced”.

Speaking to broadcasters earlier on Tuesday, Rishi Sunak was pressed on whether further restrictions this side of New Year in England could be ruled out.

The chancellor reiterated that there is “an enormous amount of uncertainty at the moment” and said ministers are “keeping the situation under constant review”.

There is concern that the Omicron variant could be much more transmissible than Delta.

The daily total for all cases on Monday was 91,743 – the second highest ever – while there were 44 more deaths.

First Minister of Wales Mark Drakeford has already announced that spectators will be banned from all sports events in Wales – both indoor and outdoor – from 26 December.

Nightclubs will be forced to close from 27 December and social distancing will be reintroduced when shops and workplaces reopen after Christmas.

Meanwhile, in Ireland, restaurants and bars – excluding takeaways and delivery services – now close at 8pm, with no indoor events after this time.

Wedding receptions can continue after 8pm but with a capacity limit of 100 guests.

Government sources say a change before Christmas in England is now “highly unlikely” but that a two-week “circuit-breaker” could begin before New Year – possibly on 28 December, according to The Times and the Daily Mail.

‘A great friend and a great bass player’: Tributes for The Pogues’ bassist Darryl Hunt who has died aged 72
‘You can’t heat your home with hope’: Sunak unveils plan to slash energy bills for millions
3 takeaways from the Investing Club’s ‘Morning Meeting’ on Friday
Russian warplanes destroyed in Crimea airbase attack, satellite images show
Video game giants had a miserable second quarter as the pandemic gaming boom hits a wall