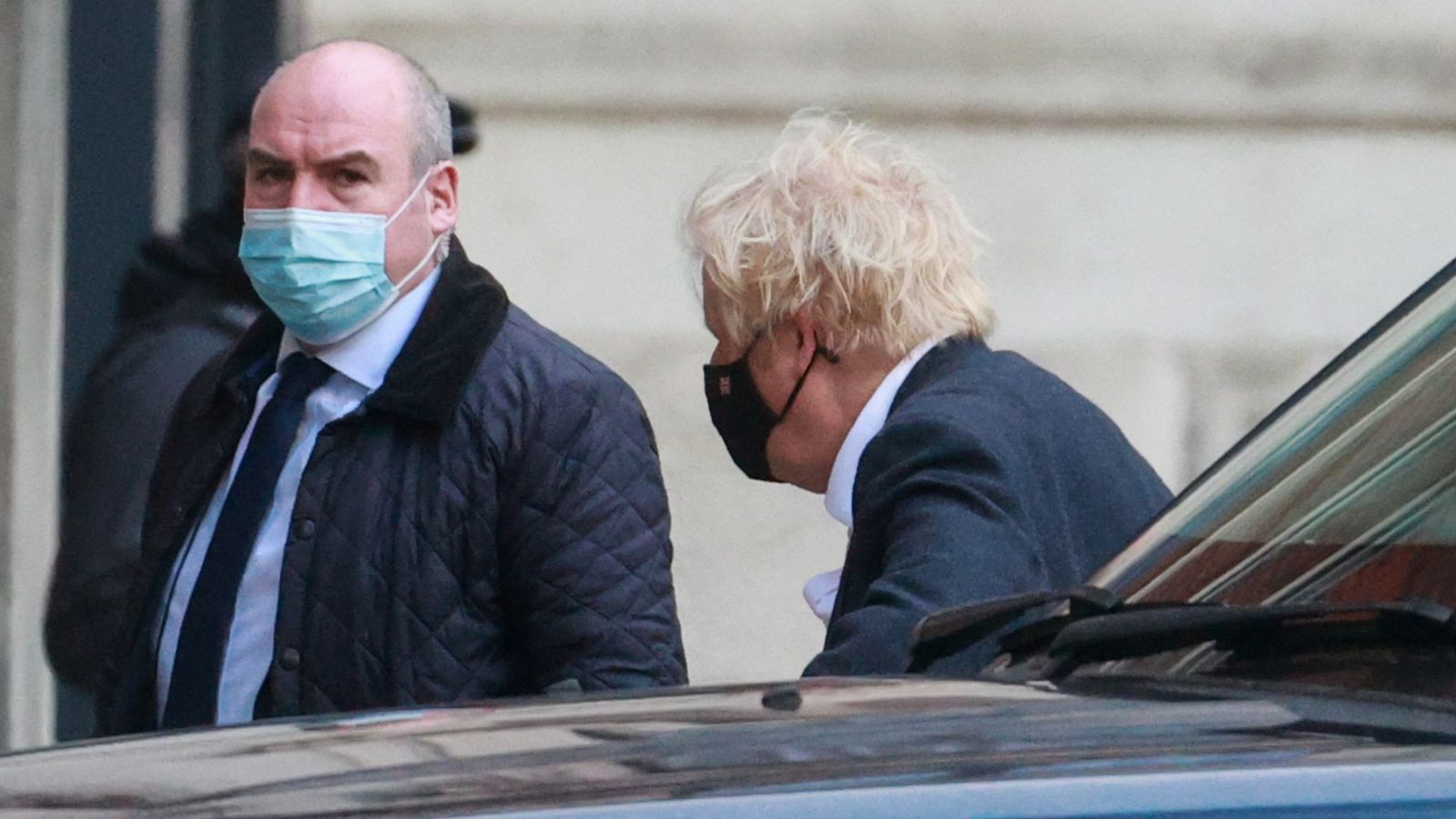 Dominic Raab has said a lockdown gathering in the garden of 10 Downing Street was a staff meeting because they were “all in suits” – which Sir Keir Starmer has called “a bit of a stretch”.

The picture, first published by the Guardian, shows the prime minister, his wife and their then-newborn baby, with 17 colleagues drinking wine and cheese in the garden on 15 May 2020.

There were “spirits and pizza inside and outside the building”, the Guardian reported.

Downing Street has insisted the gathering was a “staff meeting” following a news conference from then-health secretary Matt Hancock.

At the televised briefing, Mr Hancock had told the public they could meet one other person from outside their household “in an outdoor, public place”.

Deputy Prime Minister Mr Raab told Sky News the fact people in the photo were “all in suits or predominantly formal attire” backs up Downing Street’s insistence it was a “staff meeting”.

“Given the pressures Number 10 were under, they might have a drink after the formal business has ended,” he added

But Labour leader Sir Keir said: “To suggest that that is a work meeting is a bit of a stretch by anybody’s analysis so I think there are very serious questions to be answered.

“Just look at the photo and ask yourself, is that a work meeting going on, or is that a social event?

“I think the answer is pretty obvious.” 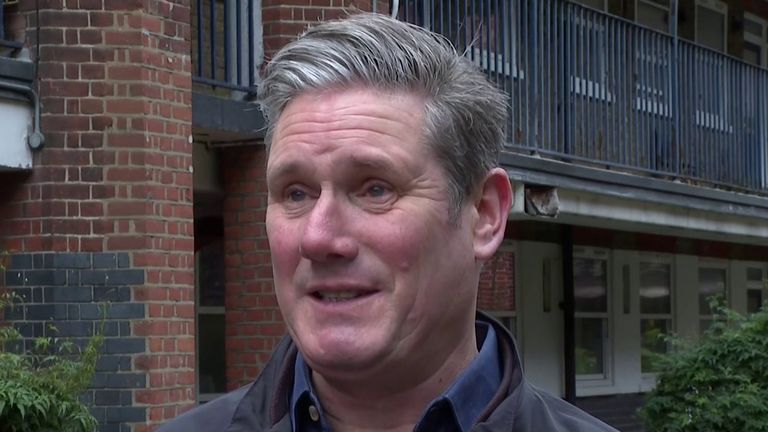 Calling leaked photo a work meeting ‘is a stretch’

The Labour leader added that while Omicron cases are soaring, the government “is more concerned and tied up with party management than it is with public health”.

He said: “I think what we want, what the public wants, is a prime minister with a plan and with a grip, and the question on my lips, and I think the public’s lips this morning is: Where is the prime minister?”

Mr Johnson was seen outside a back entrance to 10 Downing Street on Monday morning and is due to hold a cabinet meeting.

His office on Sunday insisted the photo shows a “staff meeting” following a Number 10 news conference and, as the PM lives there, he and his wife “legitimately” use the garden.

But social psychologist Professor Stephen Reicher, a member of the government’s advisory body the Scientific Pandemic Insights Group on Behaviours (Spi-B), said he thinks the photo is “very damaging in some ways, but not others”.

He said “previous pictures and previous events have led to a sense of them and us” which then turns into a “more toxic thing where you think they have contempt for us”.

“That is really not only very bad for trust, but it begins to bring into play much stronger emotions of contempt in return,” he told the BBC.

“And we need right now to be with the government pulling together in order to overcome the pandemic, so I think this is damaging.”

Barrister Adam Wagner, a COVID restrictions expert, told Sky News the rules were “never completely clear” at the time but it “leans towards breaking the rules which government ministers, the prime minister and top officials shouldn’t be anywhere near”.

He said this is “more likely to sound in the political realm instead of the legal realm” but it is possible it could be a legal issue “as it seems to quite obviously be a social gathering which wasn’t allowed at the time”.

Elon Musk says Tesla has made over 3 million cars
Backstage With… Daniel Kaluuya and Keke Palmer, lifting the lid on the film industry in Jordan Peele’s new film Nope
‘No sign’ of 40 new hospitals promised by Tories at last election
Blumhouse, studio known for highly profitable horror films, is no longer producing Mattel’s Magic 8 Ball movie
Why the U.S. is struggling to modernize the electric grid