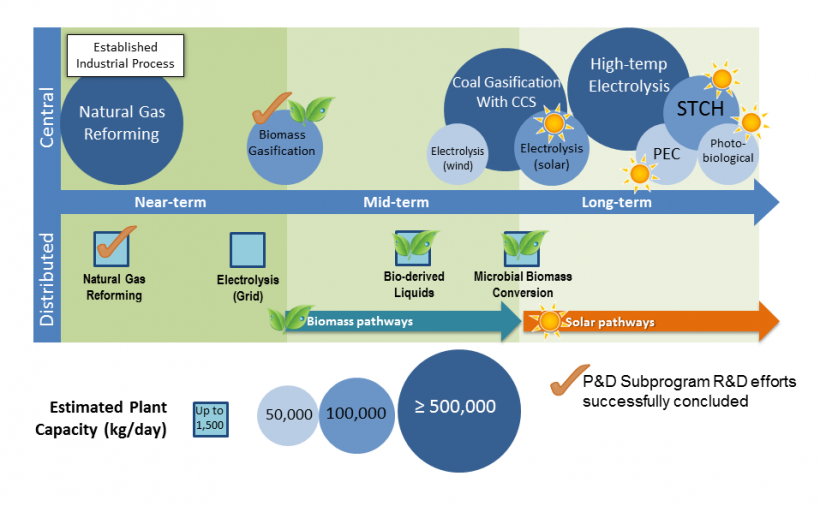 The Intertubes are ablaze with news that Royal Dutch Shell will test its first hydrogen fuel cell cargo ship in Singapore. That’s great news for green hydrogen fans, but don’t whip out the pom-poms just yet. Natural gas is still a factor in Singapore’s decarbonization plan, and Shell appears to be leaning on fuel cells to un-strand some of its soon-to-be-stranded natural gas assets before they become stranded.

To round out the sustainability picture, researchers are also looking into the idea of using recycled waste plastic as a source of hydrogen. That’s nice from a circular economy perspective, though recycling plastic is not the same as using a bio-renewable resource.

Also, the green hydrogen field has blown wide open in the past year, now that the cost of renewable energy and electrolysis have both come down. It’s too early to tell if recycled plastic will play much of a role in the global hydrogen market, though there’s a chance.

Shell Hearts Green Hydrogen… & That Other Hydrogen, Too

To be clear, Shell is front and center in the green hydrogen field. The company’s earlier forays into wind power set the stage for diving into electrolysis. To cite just a couple of recent examples, Shell is helping to promote a new hydrogen hub in Texas driven by wind, solar, and landfill gas, and the company is collaborating on the gigawatt-scale NortH2 offshore wind – hydrogen combo in its home nation of The Netherlands, which is emerging as a renewable energy hotspot (the US Department of Energy also has a hand in that NorthH2 project, btw).

However, Shell is not about to do a 180 on fossil hydrogen, and it is leaning on carbon capture as a means of keeping gas-fired power plants afloat.

Back in 2015 the company proposed a carbon capture scheme for the Peterhead gas power plant in Aberdeenshire, Scotland. It was supposed to be up and running last year, but the deal was cancelled in 2017. Nevertheless, Shell soldiered on. The company recently joined  a broader collaboration that would establish Scotland as a carbon capture hub, leveraging natural gas from the North Sea.to produce hydrogen from natural gas, just like in the olden days.

Additionally, last week our friends over at Hellenic Shipping News reported on Shell’s plan for extracting about 75% of its proved oil and gas reserves by 2030 and another 3% after 2040. The plan plays “down the risk of stranded assets as it prepares to reduce its greenhouse gas emissions in the coming decades,” according to HSN.

Interesting! Natural gas is rapidly losing its grip on the power generation sector, which could explain why Shell is noodling around in the hydrogen production sector to meet its 2030 goal.

“The disclosure is a rare admission by a major oil and gas company that some of its reserves may be worthless in a world shifting to renewable energy from fossil fuels in an effort to stem global warming,” HSN explained. “The company said it will focus on hydrogen, biofuels and offshore wind as well as carbon-sucking technologies and planting trees, but it has yet to outline exact plans for reaching the target.”

So, What’s All This About A Hydrogen Fuel Cell Ship?

With all this in mind, let’s see where green hydrogen fits into the picture of a zero emission hydrogen cargo ship plying the waters of Singapore.

As reported by our friends over at SP Global, Shell’s new hydrogen fuel cell ship is a collaborative effort with SembCorp Marine Ltd, LMG Marin AS, and Penguin International. The idea is to retrofit an existing RoRo (that’s short for a roll-on/roll-off cargo vessel) with hydrogen fuel cell technology.

That may sound simple enough, but the devil is in the details. Hydrogen fuel cell cargo ships have yet to be trialed at scale in the deep blue sea. Work is under way on a project that would pair hydrogen fuel cell technology with a good old fashioned sail, and there is a green hydrogen – green ammonia project moving forward under the Yara umbrella for local use, but so far the hydrogen fuel cell watercraft field has been limited to ferries and other small craft.

The RoRo in question follows along a similar path. It is not heading out to deep waters. It will be making local hops to Shell’s Pulau Budom facility in Singapore.

SP Global also reports that Shell has joined a consortium aimed at developing a deep sea fuel cell vessel, but this one will deploy liquefied natural gas. Phooey!

Meanwhile, Singapore has plans for curbing emissions at its data centers but as of now the plan includes LNG with hydrogen production and carbon capture.

On the other hand, some of the main stakeholders that Singapore needs to support its LNG plan already appear to be listening to the siren call of green hydrogen. Last year a mashup of leading gas stakeholders based in Singapore and Japan signed an MOU to deliver “clean” hydrogen to the Singaporean economy.

Mitsubishi was one of them, so let’s have Mitsubishi explain:

Mitsubishi’s Chiyoda affiliate will take care of transporting the hydrogen, by incorporating it into a liquid. That’s similar to the idea of using ammonia to transport hydrogen, which is less expensive than transporting hydrogen as a gas.

As for whether or not the “clean” hydrogen will be green, Mitsubishi is already planning ahead. The firm has been pitching gas turbines that can transition from fossil gas to green hydrogen as the supply chain scales up.

Sembcorp is another interesting example. Last year the firm signed an MOU with the firm

Though EPS does not appear to have green hydrogen in its sights just yet, BHP has been zeroing in on green hydrogen as a means of decarbonizing the steel industry. Last year BHP entered into a new green hydrogen consortium with Anglo American, Fortescue, and Hatch serving as project leader.

The consortium aims to decarbonize heavy industries, and some of that green H2 pixie dust could drift into the area of deep sea cargo shipping.

Image: via US Department of Energy.

Have a tip for CleanTechnica, want to advertise, or want to suggest a guest for our CleanTech Talk podcast? Contact us here.
This article was originally published by Cleantechnica.com. Read the original article here.