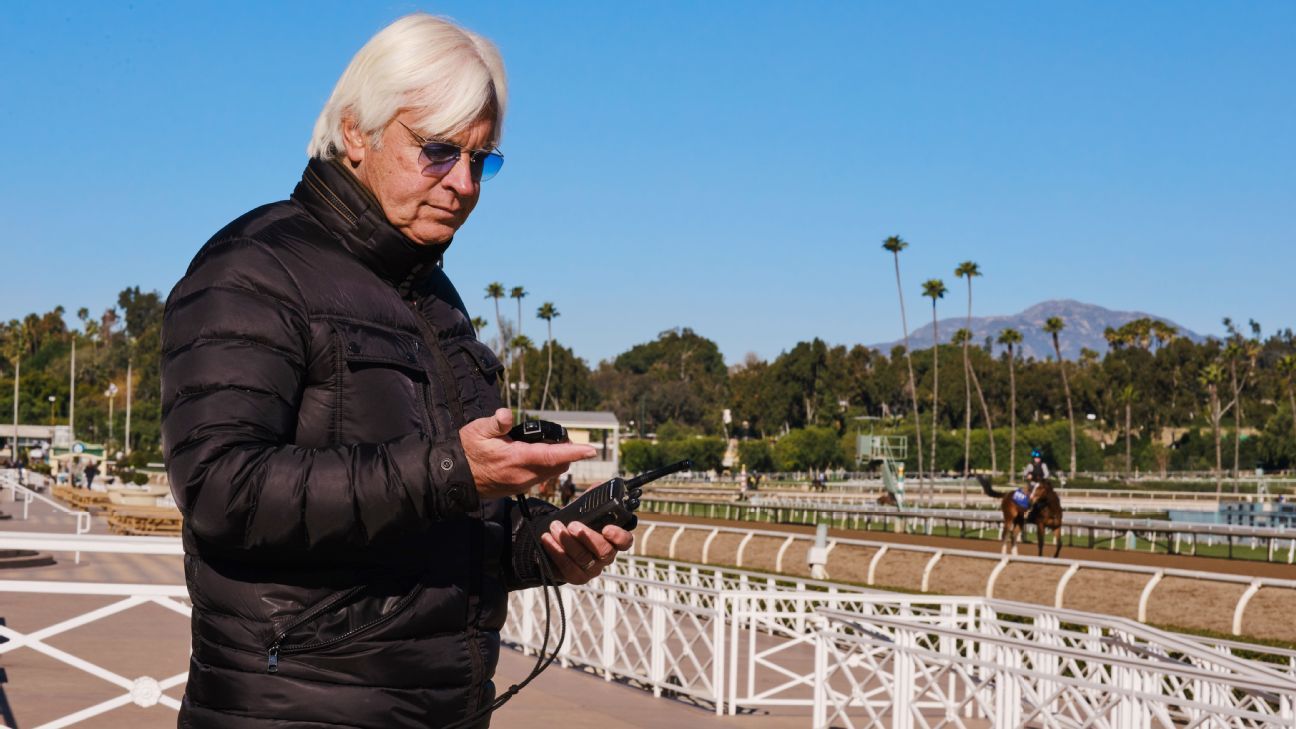 Baffert was fined and suspended last year by Arkansas stewards for a pair of drug positives after Charlatan and Gamine tested positive for the painkiller lidocaine following their wins at Oaklawn Park on May 2. Charlatan won a division of the $1 million Arkansas Derby, while Gamine won another race that day. Both horses were disqualified and stripped of their purse money.

After 13 1/2 hours of testimony over two days, the commission voted unanimously Tuesday to uphold the stewards’ ruling but with modifications. Those changes involve reducing the fines to $5,000 per horse, restoring the horses’ placings and purse money, and dropping Baffert’s suspension.

After the vote, an ARC member noted that there were problems on both sides of the case.

Baffert was patted on the back by his attorneys and appeared relieved during the administrative hearing that was shown live. He earlier testified in his own defense for about 30 minutes.

Lidocaine, a widely used anesthetic in racing, is considered a Class 2 drug by the Association of Racing Commissioners International and use of it carries a penalty of a 15- to 60-day suspension and a fine of $500 to $1,000 for a first offense.

Evidence presented Monday showed the level of lidocaine found by ARC testing in Gamine was 185 picograms, while Charlatan had 46 picograms. The drug has a legal threshold of 20 picograms. A picogram is a trillionth of a gram.

Baffert and his attorney contended the failed tests were the result of inadvertent contamination because of a pain patch worn by his assistant Jimmy Barnes, who saddled both horses. Barnes has chronic pain after previously breaking his pelvis.

The patch he used contained trace amounts of lidocaine. The drug was transferred from Barnes’ hands through the application of tongue ties on both horses, Baffert’s representatives have said.

“I really don’t feel we did anything wrong,” Baffert told the commission. “We know for sure we did not administer lidocaine; it came from somewhere. I wanted to clear my name. We don’t operate that way. I’m very proud of my operation. We would never take some kind of edge.”

The Arkansas stewards suspended Baffert for violating Rule 1233, which states that a trainer shall ultimately be responsible for the condition of any horse that is entered regardless of the acts of any third parties.

“I’m responsible for anything I have control over,” Baffert testified. “I don’t know if we’ll ever know what happened.”

War in Ukraine: ‘This is not where Russia planned to be’
Scotland pauses movement of all transgender prisoners while rules reviewed
Bodycam footage shows Tyre Nichols calling for his mother as he is beaten by officers before his death
Why we might have to wait until 2024 to see Artur Beterbiev vs. Dmitry Bivol in a must-see matchup
Simpsons episode where Homer goes on strike shown by Channel 4 on ‘Walkout Wednesday’