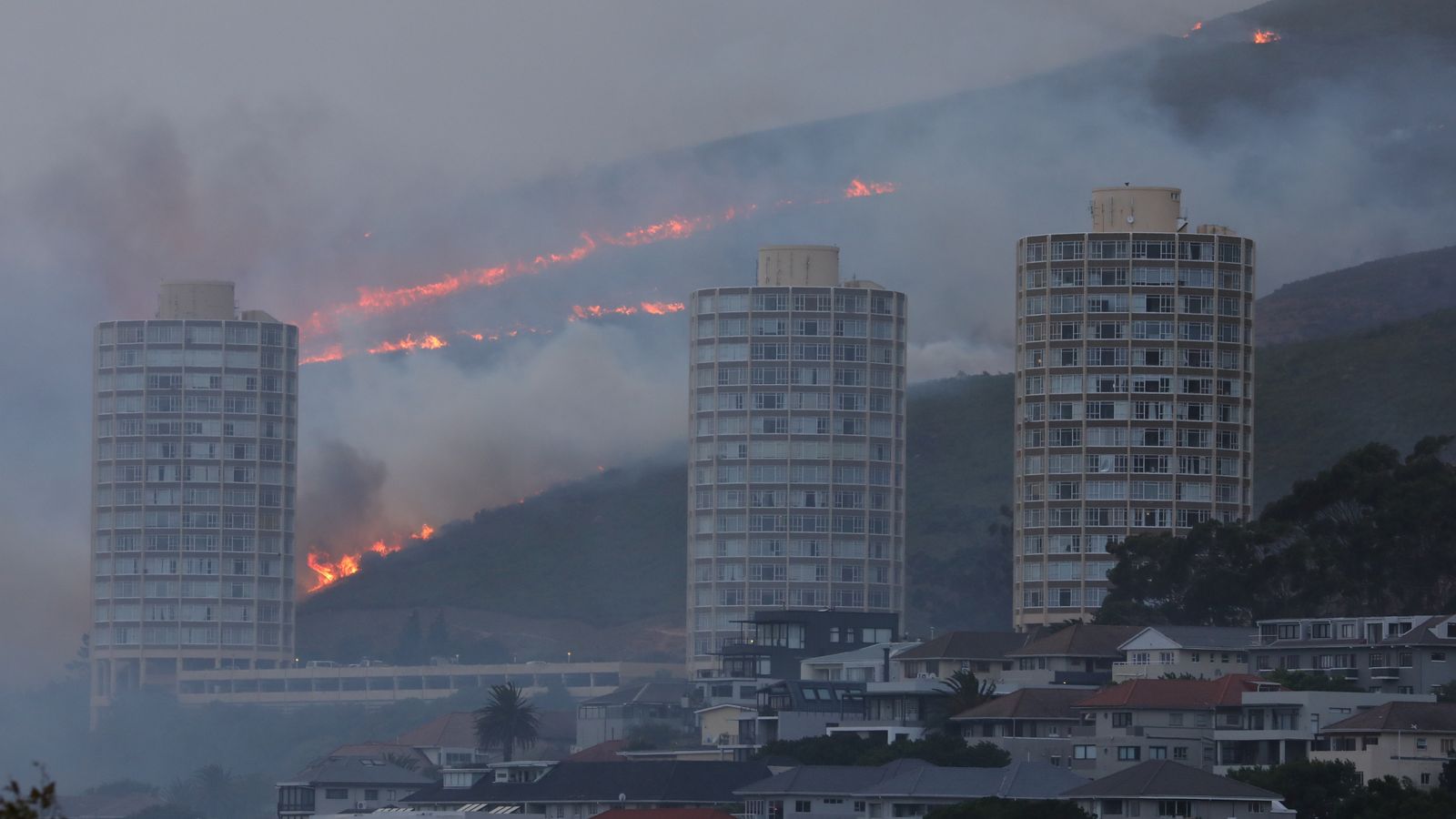 Thousands of people are being evacuated from Table Mountain in Cape Town where winds are continuing to fan forest fires towards neighbourhoods.

Around 250 firefighters are trying to control the blaze as thick smoke obscures visibility throughout the city centre.

Reports said up to 50,000 people were being moved to safety as helicopters continued to drop water on threatened areas. 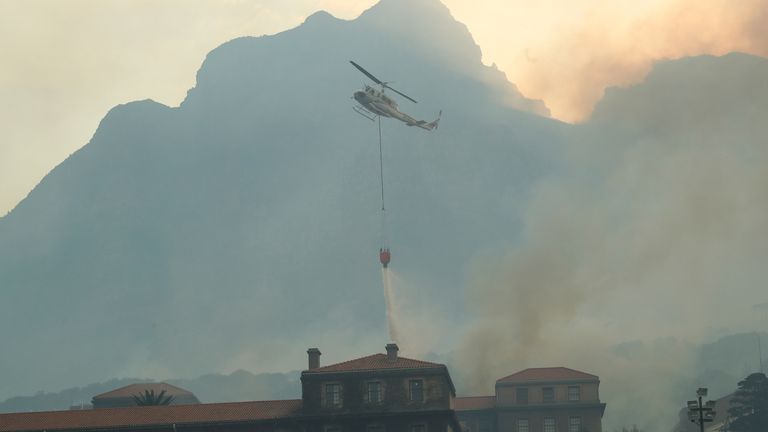 People in three 17-storey residential buildings overlooking Cape Town city were being evacuated as the fires burned out of control along Table Mountain.

The fire started on Sunday morning on the slopes of Devil’s Peak, another part of Cape Town’s mountainous backdrop.

It forced University of Cape Town students to be evacuated as flames set several campus buildings ablaze, including a library housing historic book collections and scripts.

The university, ranked among the best on the continent, is largely built on the slopes of Devil’s Peak and is situated close to where the fire started.

Officials said two firefighters sustained burn wounds and were in hospital as a change in wind direction had seen the fire spread rapidly towards the city bowl overnight.

Witnesses said winds had continued to sweep the fires and smoke towards Cape Town and were “spreading quite fast”.

The plumes of smoke could be seen from long distances while some roads were closed and fire alerts were issued to mountain hikers.

“It started yesterday morning as a small vegetation fire, but hot temperatures there and strong winds really fanned this fire.

“It has pushed that fire on to the slopes of Table Mountain and that is really concerning for the residents and the authorities in that city.”

City officials confirmed one suspect was detained last night on Devil’s Peak amid speculation that additional fires may have been started and whether the original fire was deliberately lit in an act of arson.

Revealed: How the North/South divide affects the UK economy
Fear of unrest in Memphis as ‘sickening’ bodycam footage of violent traffic stop set to be released
Acura takes a page from Tesla’s playbook with selling EVs online, starting with the 2024 ZDX EV
Met Police says two to three officers will face charges every week for months
Inside the conclave: How it works