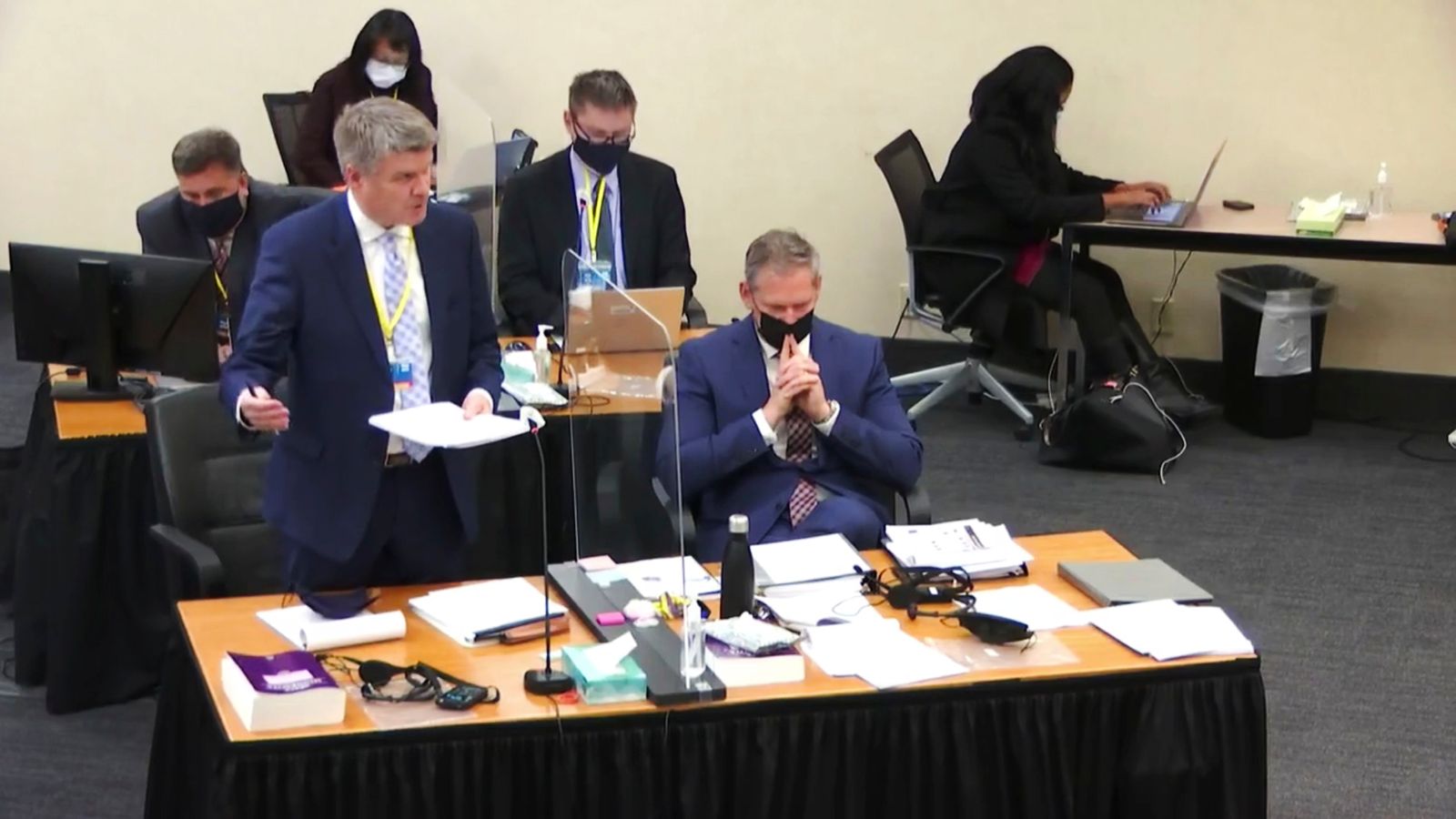 The defence has begun in the trial of the former Minneapolis police officer accused of killing George Floyd.

One of the first witnesses contradicted prosecution evidence and said the force used on Mr Floyd was justified and reasonable because he kept struggling.

Barry Brodd, a consultant in the use of police force, said Derek Chauvin was following his training when he knelt on Mr Floyd’s neck.

Prosecutor Steve Schleicher angrily challenged his evidence and made him agree that Chauvin, 45, had continued the restraint even after Mr Floyd had stopped resisting.

George Floyd died in May last year after Chauvin knelt on his neck for more than nine minutes – despite repeated pleas that he couldn’t breathe, with video of the incident sparking protests around the world.

Defence lawyer Eric Nelson also tried to highlight Mr Floyd’s apparent history of drug use, as he tries to prove he died of an overdose and underlying health problems rather than lack of oxygen.

Scott Creighton, a retired Minneapolis police officer, said he arrested Mr Floyd on 6 May 2019 in a traffic stop and found him “unresponsive and non-compliant to my commands”.

Body-cam video showed him approach the 46-year-old, who was a passenger in a car, draw his gun and pull him out of the vehicle. 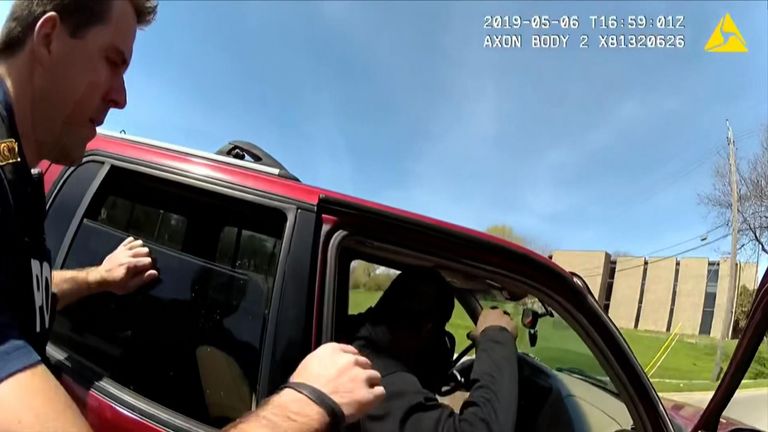 Chauvin’s lawyer asked questions about the possibility Mr Floyd may have swallowed drugs, but Mr Creighton said he didn’t see him take anything.

Another witness, paramedic Michelle Moseng, said she responded to the same call and that Mr Floyd had told her he’d been taking opioids about every 20 minutes.

“I asked him why and he said it was because he was addicted,” said Ms Moseng, who described Mr Floyd’s behaviour as “elevated and agitated” before the judge struck that remark from the record.

She told the court she urged him to go to hospital because he had blood pressure – at 216 over 160 – but he resisted.

However, under questioning from prosecutor Erin Eldridge, Ms Moseng said his markers such as pulse, heart rate, respiratory output and heart rhythms were normal.

She also pointed out that another officer had threatened to use a Taser on him during the 2019 arrest, and that Mr Floyd had asked not to be shot or beaten.

The judge, Peter Cahill, told the jury that the evidence was only for showing the effects opioids might have had on Mr Floyd – and that they were not to use it to judge his character.

Chauvin has pleaded not guilty to murder and manslaughter charges. It has not been announced whether he will testify himself.

During 11 days of prosecution evidence, the court heard from expert witnesses who rejected the idea that drugs or a heart condition were to blame for his death, instead saying he died from lack of oxygen as he was pinned down on the street.

The Minneapolis police chief also testified that Chauvin had violated his training and used too much force.

Analysis: Defence evidence might not do Chauvin many favours

By Greg Milam, US correspondent in Minneapolis

The body camera footage of George Floyd’s encounter with Minneapolis police in May 2019 – just over a year before the one that ended in his death – has long been seen as significant by the defence for Derek Chauvin.

Lawyer Eric Nelson introduced the video and some of those who were there that day as the opening evidence in his defence case.

The suggestion is that there are parallels in how Mr Floyd behaved in those two interactions, and that it was his ingestion of opioids had an effect.

Lengthy legal wrangling had limited what the jury was allowed to see and what could be discussed about the May 2019 incident. It may have left them somewhat baffled about its context.

But, on that day, a paramedic testified, Mr Floyd told her he had swallowed some opioids while being apprehended.

Derek Chauvin’s defence of course is that George Floyd in May 2020 from a drug overdose and his underlying health conditions.

One thing that body camera footage did show was that George Floyd complied with the officer’s instructions.

There was a fundamental difference between the two incidents, the prosecution said: “He didn’t drop dead while you were interacting with him,” the paramedic was asked. “No, he did not,” she replied.

After 11 days of trying to poke holes in the prosecution case, Mr Nelson saw his own witnesses – especially his expert use-of-force witness – subjected to fierce cross examination.

Shawanda Hill, who was in the car with Mr Floyd on the day his died, testified he went from being happy and talkative to very sleepy but accepted that his behaviour was not abnormal.

As throughout this trial, two questions are pivotal: was officer Chauvin responsible for Mr Floyd’s death, and were his actions reasonable