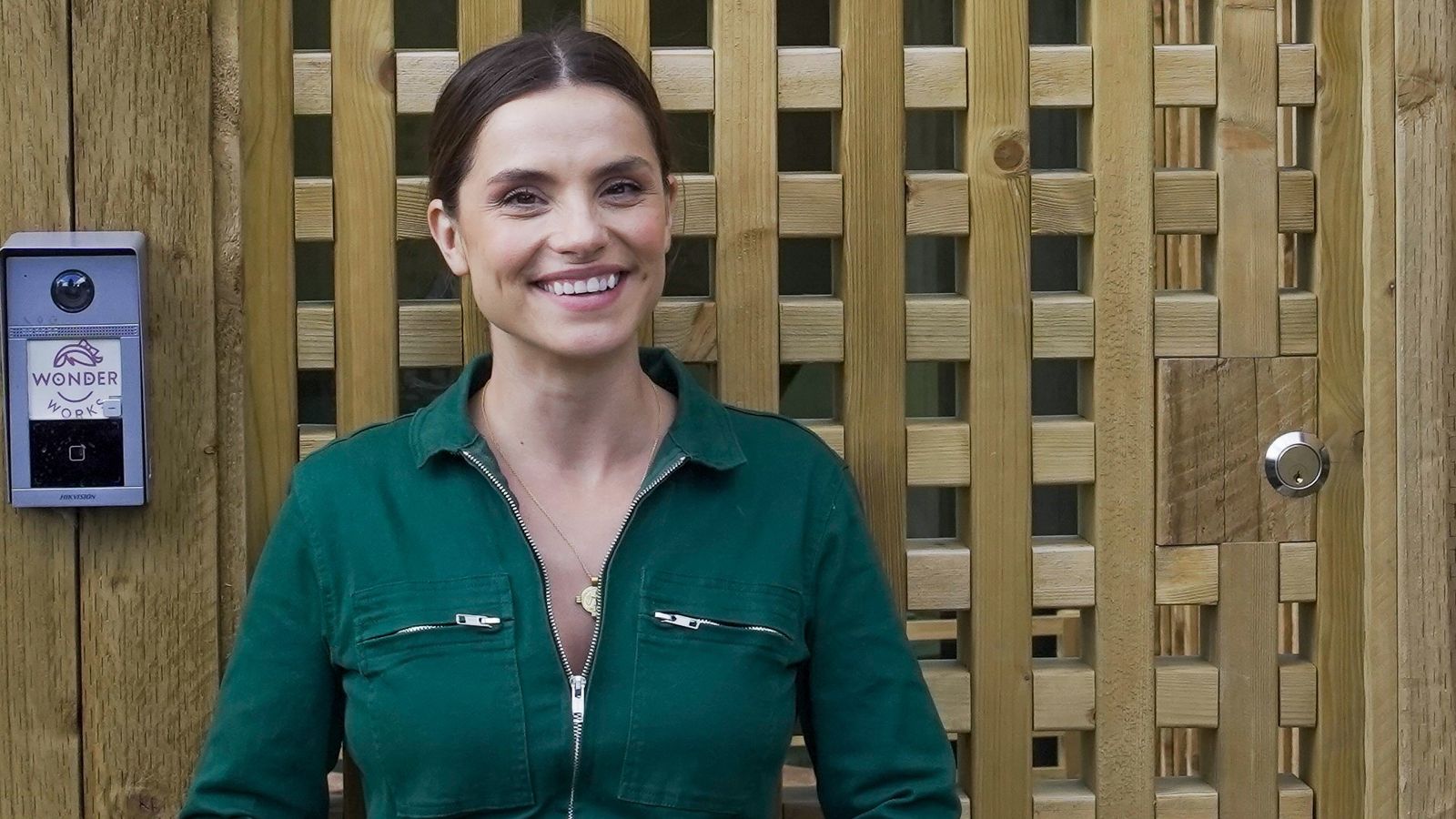 Actress Charlotte Riley has launched a campaign to address the chronic lack of childcare in the film industry, to stop women “having to choose whether they had children or not – because they just cannot make it work both ways”.

In an open letter as part of the Keeping Families In Film campaign, the star calls on all film studios, production companies and industry leaders to help prevent parents dropping out of the sector.

Riley, who is best known for starring in Peaky Blinders and Wuthering Heights, told Sky News: “I’ve seen so many talented people leaving the industry when they became parents and just not being able to make their job, their film life, work in the industry with their family life.”

The ultimate goal of the campaign is for every production to include childcare in its budget by 2024.

Working on a film set creates unique challenges for parents, Riley says, as the work is often freelance and transitory with short-term contracts and long, unpredictable hours, all of which make finding childcare very hard.

A recent study carried out by the Raising Films organisation found that 79% of film workers felt having children had negatively impacted their careers.

“You can’t expect to have equality without discussing childcare,” Riley said. “Retaining those people makes a workplace more inclusive, more diverse, and it gives everybody an equal playing field from which to do their jobs.”

The actress was speaking at The WonderWorks, the first on-site nursery at a film studio in the UK, which she helped to set up. Along with her business partner Mark Radcliffe, whose wife was a script supervisor, she hopes to help plug what they say is a huge gap in childcare provision for people working in film.

As a successful actress, she says she was able to bring her children to work on set for productions including the BBC’s King Charles III, but has found that on some projects other crew members were not so lucky.

The pandemic has only exacerbated the issues for many families, with lockdown having a disproportionate effect on women, and mothers bearing the brunt of childcare responsibilities.

However, Riley said she and Hardy – who also proved to be a big hit reading bedtime stories on children’s TV during the pandemic – generally share their childcare, with lockdown for them involving “a lot of homeschooling and a lot of chaos, as everybody’s been experiencing”.

The WonderWorks nursery at the Warner Bros Leavesden Studios in Hertfordshire features props from famous films, costumes made by professionals, and sometimes storytime sessions from Riley.

The woman who gave the green light to the project is Emily Stillman, senior vice president of the studios, who has two children of her own.

Having worked as a freelancer, she says she had to go back to work when her children were just three months old, for fear of being out of the industry for too long.

One of the biggest issues the industry is currently facing is “losing women from 30 onwards”, she said.

She now hopes there will be a culture change, with other studios and companies following their example.

“I think it hasn’t been done up until now just because it’s really, really hard work and it’s tough to get it going,” she said.

“And it’s an investment in time and money – but the benefits that it reaps is way, way beyond that.”

Why this is the golden era of NYC-area NHL hockey
Quick Charge Podcast: December 7, 2022
Revealed: Supermarket chains where prices have risen fastest during the cost of living crisis
Number of landlords selling up rises by nearly 13% in four months
PM seeks ‘constructive’ approach with time running out to avoid bleak winter of strikes