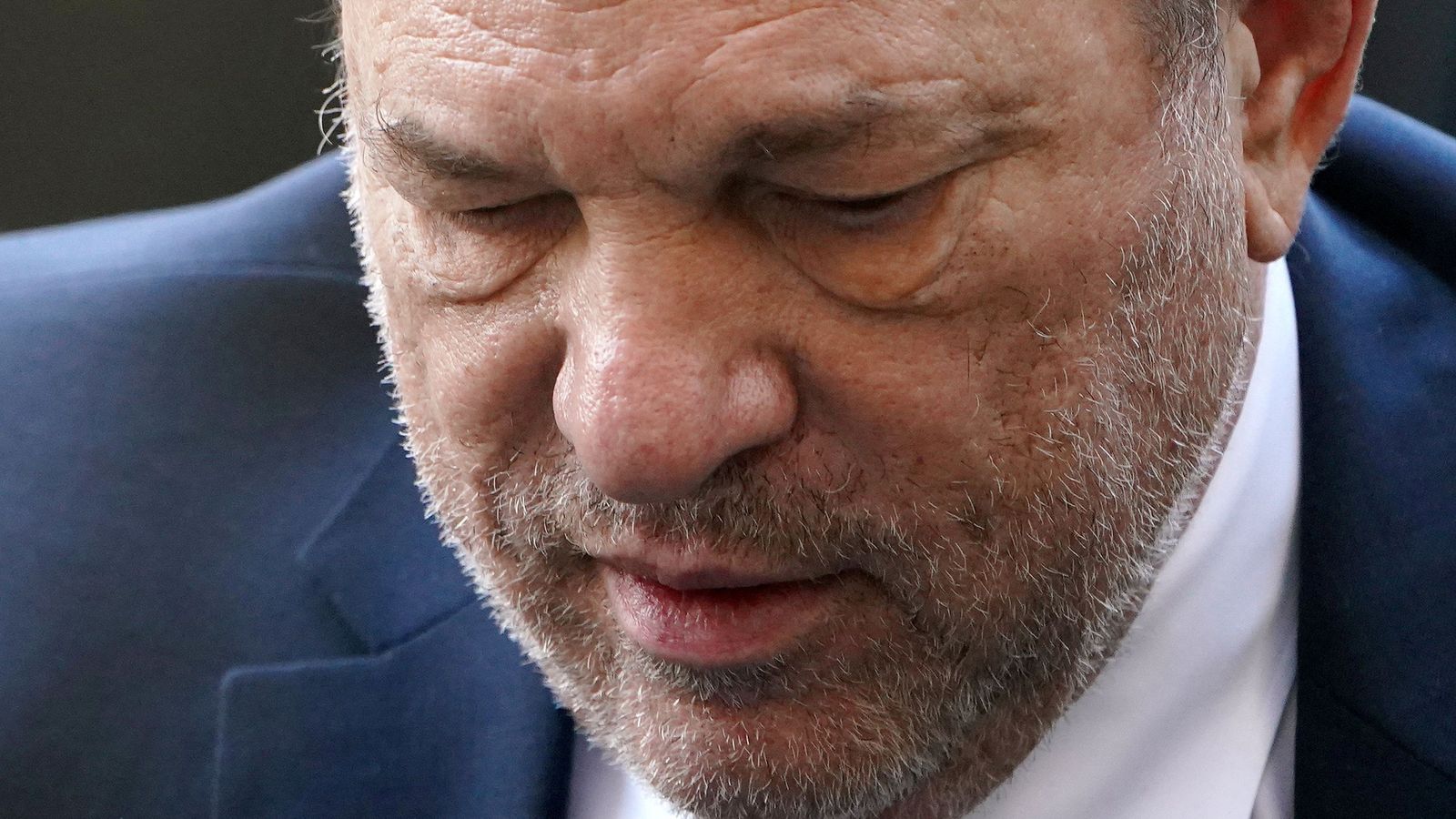 Harvey Weinstein is appealing against his convictions for sexual assault and rape.

The 69-year-old was sentenced to 23 years in prison in March 2020, after claims against him led to the #MeToo movement.

The disgraced Hollywood producer is seeking a new trial, claiming the judge in New York denied him an impartial jury.

Weinstein claims that Justice James Burke denied him the presumption of innocence when the judge allowed the jury to hear testimony from women who alleged the former movie mogul assaulted them, even though these claims did not result in a criminal charge.

He has denied any non-consensual sexual encounters.

In a court filing, Weinstein’s lawyers laid out seven grounds to overturn his convictions.

As well as the appeal about testimony, the jailed producer has complained about the refusal from the judge to bar a juror who wrote an autobiographical book about “the predations of older men against younger women, and who lied about the substance of the book during” the trial.

Weinstein’s legal team also state he received “a sentence that was harsh and excessive”.

“We have filed a 166-page brief, outlining several serious mistakes made during the course of the trial,” Weinstein’s appellate lawyer Barry Kamins said in a statement to CNBC.

“We are confident that the Appellate Division will find these issues serious enough to require a reversal of the conviction,” Kamins said.

Weinstein is also facing charges of rape and sexual assault against five victims filed in Los Angeles, California, and could be sentenced to 140 years in prison if convicted.