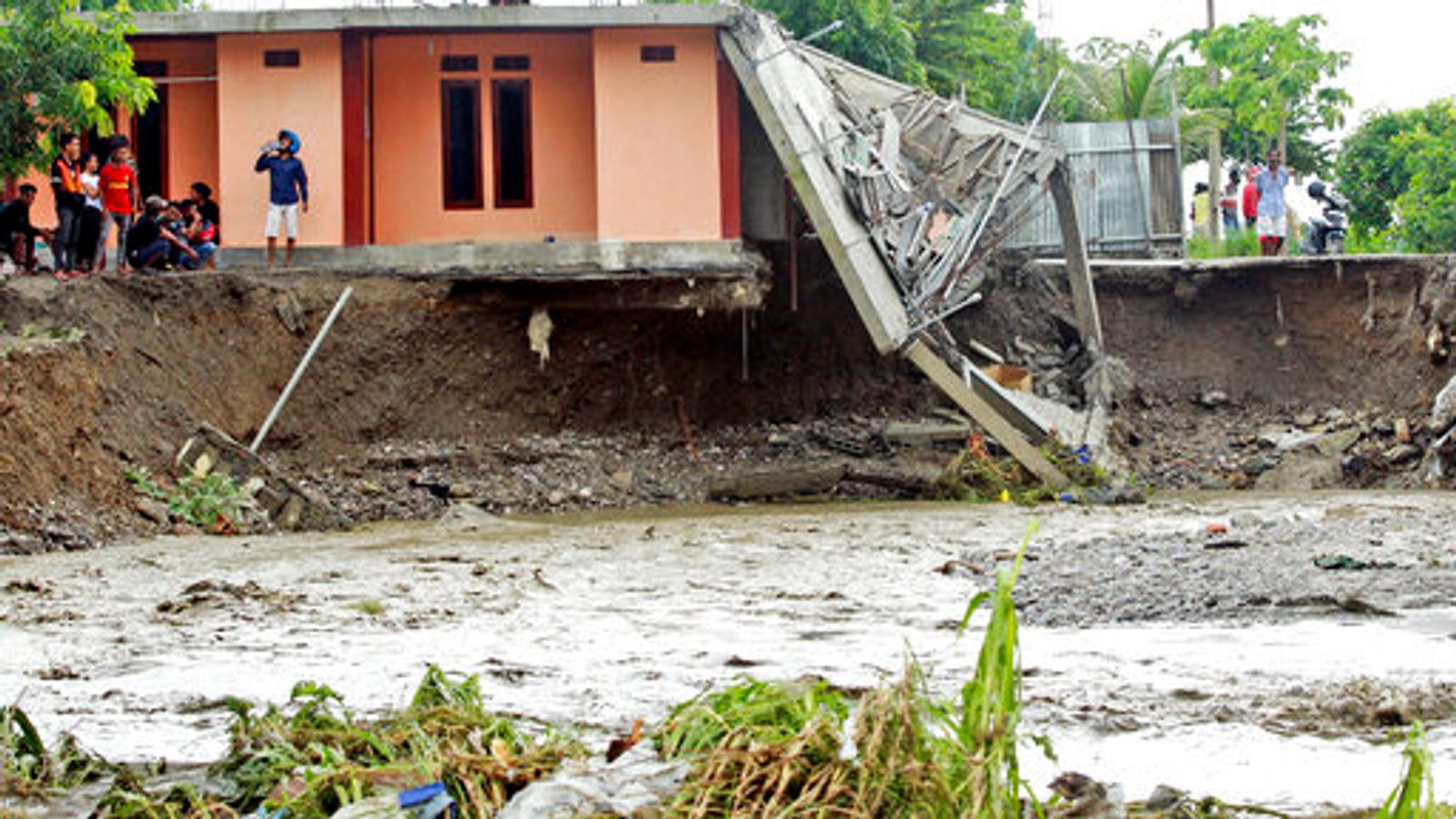 At least 76 people have been killed and thousands displaced by flash floods and landslides following a tropical cyclone in Indonesia and East Timor, according to officials.

In East Timor, which shares the Timor island with Indonesia, 21 people were killed, the majority in the capital Dili. Elsewhere, broken dams have led to homes being submerged.

Several bridges have collapsed across the region, and trees have been toppled, blocking some roads. At least one ship sank in the storm.

Agustinus Payong Boli, deputy head of the East Flores government, said evacuations had to be paused because of the strong storm and a lack of suitably heavy equipment.

At least 20 people have died in Kembata where authorities fear bodies have been washed away in the high waters.

“We are using rubber boats to find bodies at sea. In several villages, flash floods hit while people were sleeping,” said Thomas Ola Langoday, the deputy head of Lembata district government, talking to Reuters by phone.

President Joko Widodo offered his condolences and urged residents to follow the direction from field officers during extreme weather.

“I have ordered for disaster relief efforts to be conducted quickly and well,” he said in a speech that was streamed online.

The Seroja cyclone hit the Savu sea southwest of Timor island in the early hours of Monday, according to Indonesia’s weather agency.

It is feared that the cyclone could intensify over the next 24 hours, although it is now moving away from Indonesia, bringing with it additional rainfall.