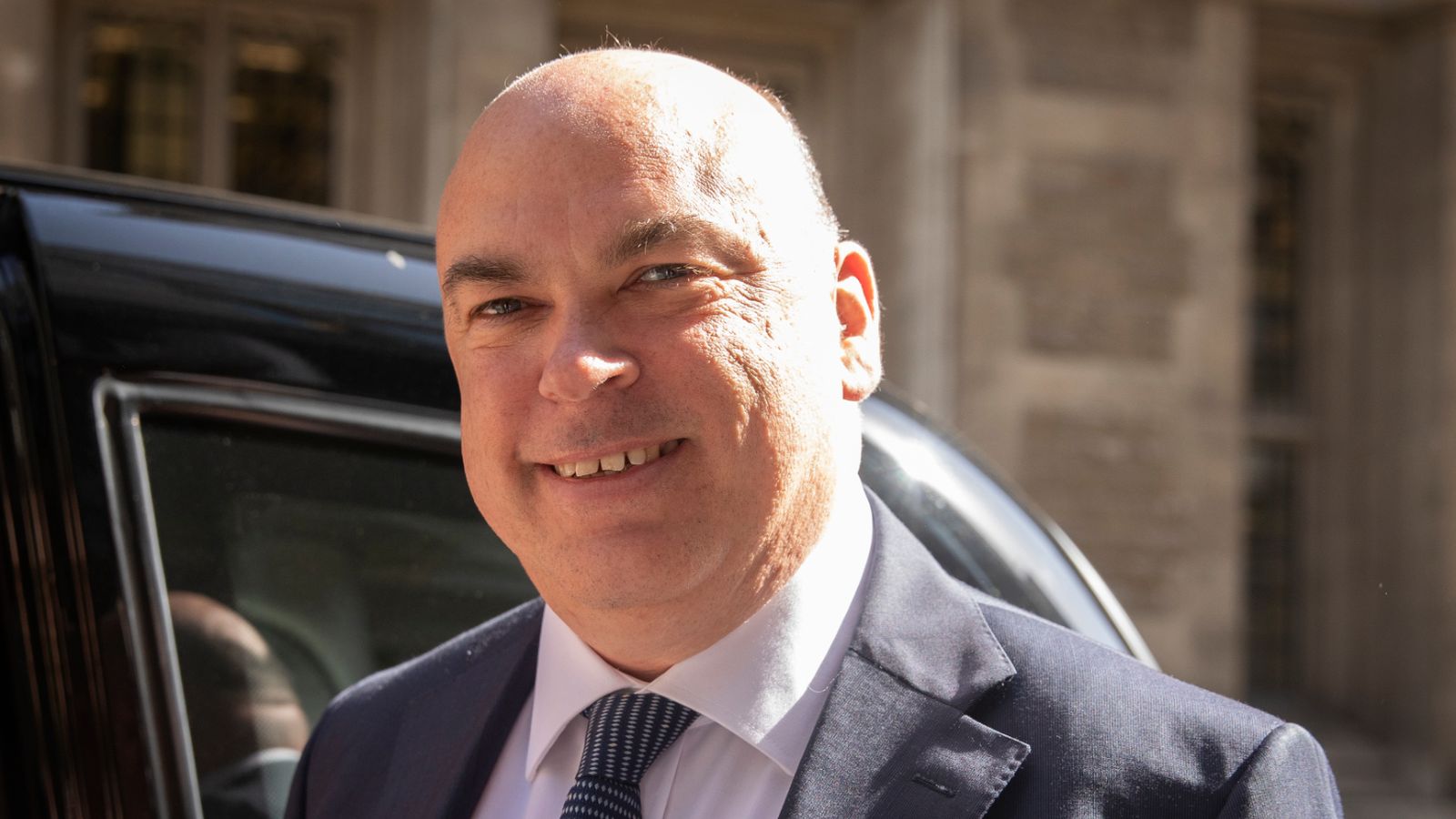 The British cybersecurity company Darktrace is this weekend finalising plans for a £3bn stock market listing, despite the shadow cast over technology ‘unicorn’ floats in London by this week’s Deliveroo’s disastrous debut.

Sky News has learnt that Darktrace’s board – led by new chairman Gordon Hurst – wants to issue an expected intention to float announcement as soon as next week.

City sources said on Saturday that the date could yet slip, but insisted the company was confident that its shares would begin conditional trading around the end of this month.

Darktrace’s initial public offering (IPO) was already set to be one of the most prominent to emerge from the UK’s cluster of tech unicorns – companies with a valuation of at least $1bn – but this week’s calamitous Deliveroo float will intensify scrutiny of its peers.

People close to the Darktrace IPO said its advisers were expected to urge a more conservative approach to pricing in the wake of the food delivery app’s turbulent arrival on the public markets.

That is likely to mean the company seeking a lower valuation than the $5bn mooted in recent months.

The IPO of Darktrace, which was founded in Cambridge in 2013, is likely to involve the sale of about £250m of new and existing shares in the company, according to insiders.

Deliveroo’s float, which saw its shares crash by more than a quarter on their trading debut, risks shaking confidence in a further pipeline of tech listings, and has renewed concerns among venture capital investors about the City’s appetite to embrace such companies.

This week, the online secondhand car retailer Cazoo confirmed Sky News’ revelation that it was going public in New York, partly as a result of founder Alex Chesterman’s conviction that growth companies such as his are better-served by US equity markets.

Darktrace has itself had a rocky journey towards a public listing.

Earlier this year, Sky News revealed that UBS had resigned as one of the sponsors of its IPO, reflecting concerns about the involvement of Mike Lynch, the billionaire founder of software company Autonomy, who is battling extradition to the US.

Mr Lynch was the first shareholder in Darktrace through his investment vehicle, Invoke Capital.

People close to the situation attributed UBS’s decision, however, to anxiety within the Swiss bank over a Dutch court’s decision that Ralph Hamers, its new chief executive, should face investigation into a money-laundering scandal at ING, his former employer.

Investors are said to have responded positively towards Darktrace after holding initial meetings with the company, and it is now understood to believe it can achieve a valuation of around £3bn.

The cybersecurity company, which helps clients identify intruders within their computer systems, will, unlike Deliveroo, not have a dual-class share structure – one of the factors cited in investors’ lacklustre reception to Deliveroo.

Darktrace has in recent weeks appointed a number of political and industry veterans to its board, including Lord Willetts, the former science minister, and Sir Peter Bonfield, the former BT Group boss.

Jefferies is now leading the flotation, with Berenberg and KKR Capital Markets – a division of KKR, the private equity firm which is one of Darktrace’s largest shareholders – also in the banking syndicate.

Many of Wall Street’s leading investment banks opted not to pursue the mandate because of concerns about the legal cases involving Mr Lynch, who – a court was told recently – faces the possibility of being tried in the UK if his extradition to the US is blocked.

Some banks had also questioned their ability to participate in the Darktrace IPO because Sushovan Hussain, the former Autonomy finance chief and a Darktrace shareholder, was sentenced to five years in a US prison for fraud in May 2019.

Although Invoke remains Darktrace’s biggest shareholder, Mr Lynch has no direct involvement with the running of the company.

Darktrace insiders say they are “proud” of Mr Lynch’s role in helping to build the company and that it was not seeking to distance itself from the entrepreneur.

Mr Lynch stepped down from the Darktrace board in 2018.

Darktrace has established itself as an international leader in the provision of artificial intelligence (AI) cybersecurity services.

It is run by Poppy Gustafsson – herself a former Autonomy colleague of Mr Lynch and now an adviser to Boris Johnson.

Darktrace supplies software to corporate customers, helping them to detect abnormal behaviour on their networks.

It recently said it had passed $1bn in “cumulative bookings”, suggesting that its order-book has been substantially boosted by the coronavirus-inspired switch to remote working for millions of employees of multinational companies.

Growing demand for its products has underpinned some of its investors’ appetite to buy more Darktrace stock, with recent cyberattacks on companies such as easyJet and Honda again reinforcing the extent to which the security of multinationals’ networks and data is now a fixture on boardroom agendas.

Darktrace now employs 1500 people, and operates from 44 offices, with dual headquarters in Cambridge and San Francisco.

Other British unicorns, including the payments app Wise, are also lining up to float in the wake of a review by the former EU commissioner Lord Hill.