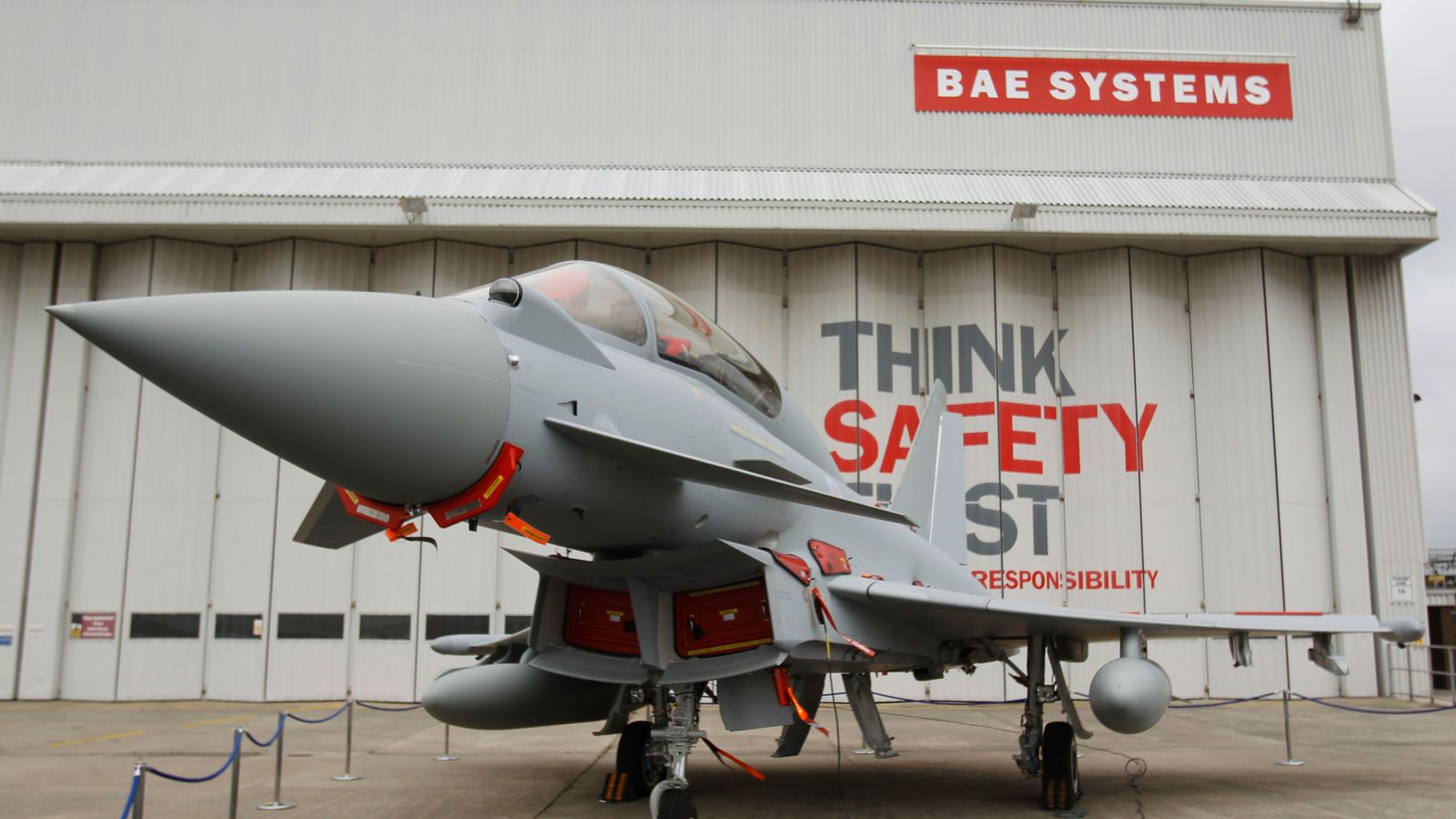 Britain’s biggest defence contractor has handed its chief executive a multimillion pound pay rise as its board scrambled to prevent a rival FTSE-100 company from poaching him.

Sky News can reveal that BAE Systems has increased Charles Woodburn’s base salary by well over £100,000 and awarded him an additional ‘golden handcuffs’ share package worth £2m to ensure his continued tenure at the company.

City sources said on Friday that BAE’s board had consulted widely with its top shareholders on the issue and had received their support to incentivise Dr Woodburn to stay.

Details of the special remuneration arrangements, which the company described as a “one-off”, were contained in BAE’s annual report published this week.

Dr Woodburn’s annual salary has been increased to just over £1.1m, while a performance share award granted in 2018 will vest in full, with the shares being handed to him at the end of 2023 if he remains with BAE at that time.

In the annual report, the company disclosed that Dr Woodburn, who has run BAE since 2017, was approached towards the end of last year with an offer to become CEO of “a major international public company based in the UK”.

The talks between Dr Woodburn and the unnamed company initially focused on him joining its board as a non-executive director, before he was instead invited to fill the chief executive’s role, BAE said.

Owing to the sensitivity of BAE’s work on numerous government defence contracts, it is required to have a British chief executive who can hold the highest level of security clearance.

“Most importantly, the chief executive must have sufficient intellect and experience to occupy a position that is critical to our important role in the defence and security interests of the UK, US, Australia and the Kingdom of Saudi Arabia,” BAE said.

“These challenges were weighed against the cost of measures that may be required to retain his services for an extended period.”

Investors said that BAE’s board, which is chaired by Sir Roger Carr, had concluded that the loss of Dr Woodburn would risk destabilising the company because both its finance chief and the president of its US operations had both been recruited in the previous 12 months.

“The board also reflected on the past challenges faced by the company in recruiting a chief executive some four years ago, the time taken for him to build a comprehensive understanding of a complex international business, the generational change of leadership that is now in process, and the potential damage that the early departure of Dr Woodburn would inflict on the company, important government customer relationships and shareholders,” it said.

“Based on close examination of both the defence industry and FTSE-50 median reward levels, it had become increasingly clear that Dr Woodburn’s current remuneration no longer reflected his value to the company or standing in the market.”

The unusual level of disclosure in BAE’s annual report is understood to have been designed to provide shareholders with “full transparency” at a sensitive time for executive pay hikes at Britain’s biggest companies.

While leading BAE shareholders are said to have been largely satisfied with the company’s explanation, campaigners against excessive boardroom remuneration are likely to view its decision with greater scepticism.

BAE declined to comment beyond the statements in its annual report.

Hearn duo eye £150m windfall from sale of Matchroom Sport stake
Kyiv targeted by Russia in ‘symbolic’ attack before NATO summit as one killed and several injured in missile strikes
Non-Earth Like Planets Could Host Life for Billions of Years, Study Suggests
UiPath to cut 5% of its workforce as part of restructuring plan
Fantasy football mock draft: Four WRs go in first round in 12-team PPR