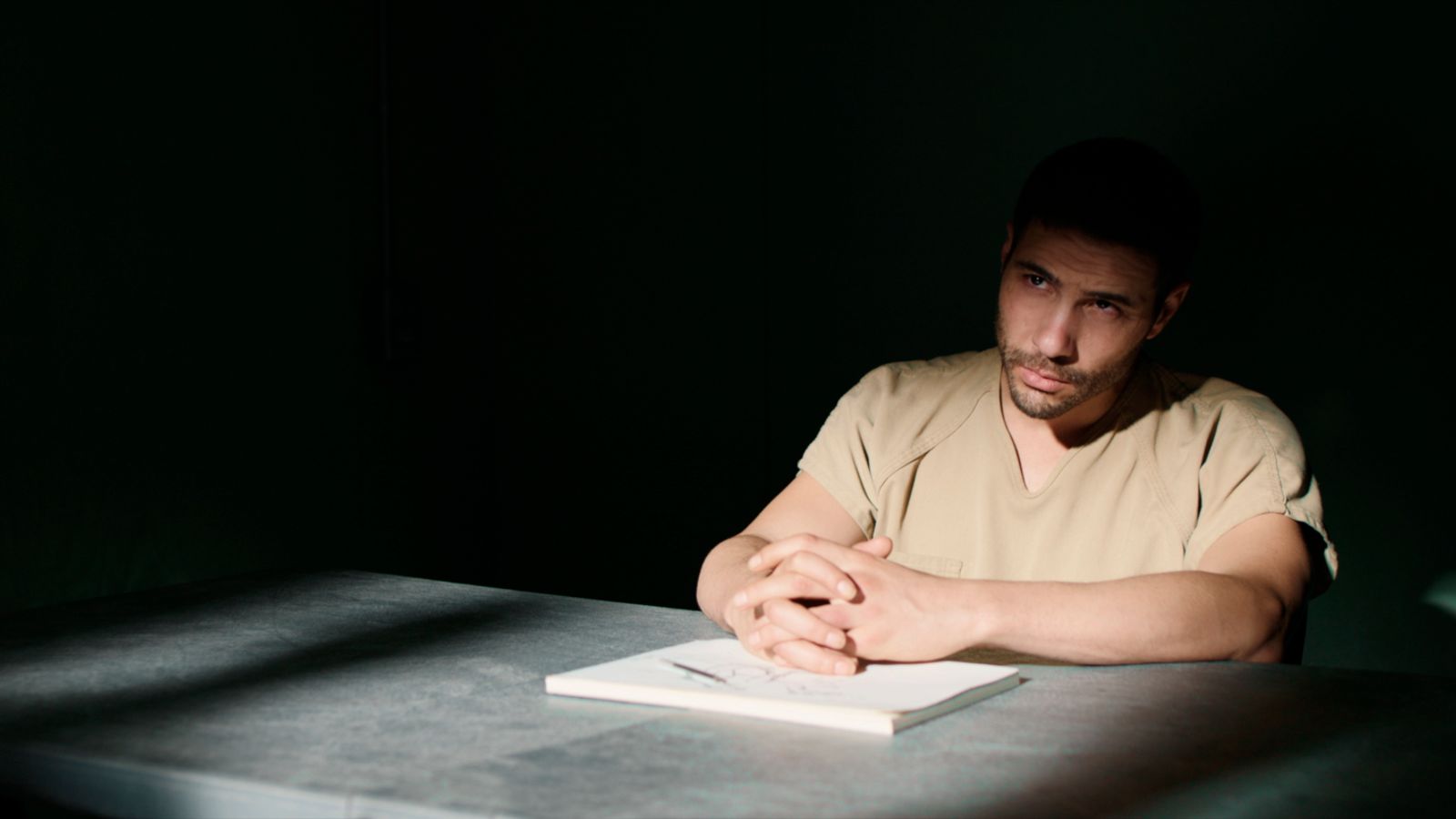 It’s been a busy few months for Tahar Rahim who started the year by both terrifying and intriguing millions of viewers as serial killer Charles Sobhraj in BBC series The Serpent.

He’s since been on the awards campaign trail for his new film The Mauritanian, in which he plays another real person – Guantanamo Bay detainee Mohamedou Ould Salahi who wrote his memoir while being held at the facility.

The movie is in the running for six Baftas – including a nomination for Rahim in the leading actor category.

He’s told Sky News’ Backstage podcast the recognition is gratifying – especially as he’s not always had support for the roles he’s chosen.

“It’s hard to make choices when you’re an actor – sometimes you have to say no, and when you say yes, you’re alone,” Rahim said.

“Sometimes everybody’s telling you: ‘No, you should have you done this movie and not this one’ and I’m like ‘yeah, but I feel this one’.”

Rahim is a French actor of Algerian descent and is all too familiar with tired Hollywood depictions of terrorists.

He says when director Kevin Macdonald sent him the script he initially balked.

“The problem is that I read Guantanamo Diary – it was the title at that time,” Rahim explained.

“And as I’ve been offered a lot of stereotypical parts in the past from Hollywood and Europe, I briefly thought it could be [one of] those type of parts.

“But then I said to myself, come on, you know, Kevin – Kevin is a beautiful artist, is clever – he would never tell those type of stories, so I read the script and I signed in like directly.”

The legal drama tells the story of Mauritanian man Salahi who is captured by the US government and left in the detention camp for years without charge or trial – until defence attorney Nancy Hollander (played by Jodie Foster) takes on his case.

The actor says he hopes that by the film even being made and now getting so much attention, including award nominations and wins, is a positive shift away from the disappointing stereotypes that he’s faced in the past.

He said: “I think it’s a beautiful start, you know?

“Hats off to Benedict Cumberbatch and Adam Ackland, who are the producers of the movie… And Kevin, because to have the courage to tell the story, to try to make this movie in our times you know, it’s incredible.”

“We’re happy that there’s those beautiful recognitions so it helps the movie to be seen and the story of Mohamedou to be told, so people can talk about it and maybe make a change.”

Rahim spent time speaking to Salahi while preparing for the role.

He says the conversations they had were hugely impactful in how he approached the part.

“So I knew about him, but when I first met him, I didn’t expect to meet a sun, a light, someone who was full of life, no resentment at all, not holding a grudge against anybody and rooting for forgiveness and peace.

“So I spent time talking with him and observing him – the way he talks, the way he answers questions, the way he cracks jokes because he’s very funny, he’s got such a beautiful sense of humour – and, you know, to try to catch his spirit.”

While it may seem that Rahim is drawn to playing characters based on real people he says that it’s just coincidence that the film where he stars as Salahi has come out so soon after his depiction of Sobhraj.

But he admits that the man often referred to as the “bikini killer” had been a dream role for him for a long time – after reading a book about the criminal as a teenager.

“I read the book like in a few days, and it appears to me like a movie – I could see images, hear the music and the sound,” he said.

“And of course, I was naive enough to dream of being an actor and naive enough to not see the horror – what I saw was an actor playing a different person, changing identities, and plus it was French.

“I projected myself playing him… Twenty years later I had the offer and it was like crazy, fate sometimes can be full of surprises.”

The Mauritanian is out now on Amazon Prime Video.