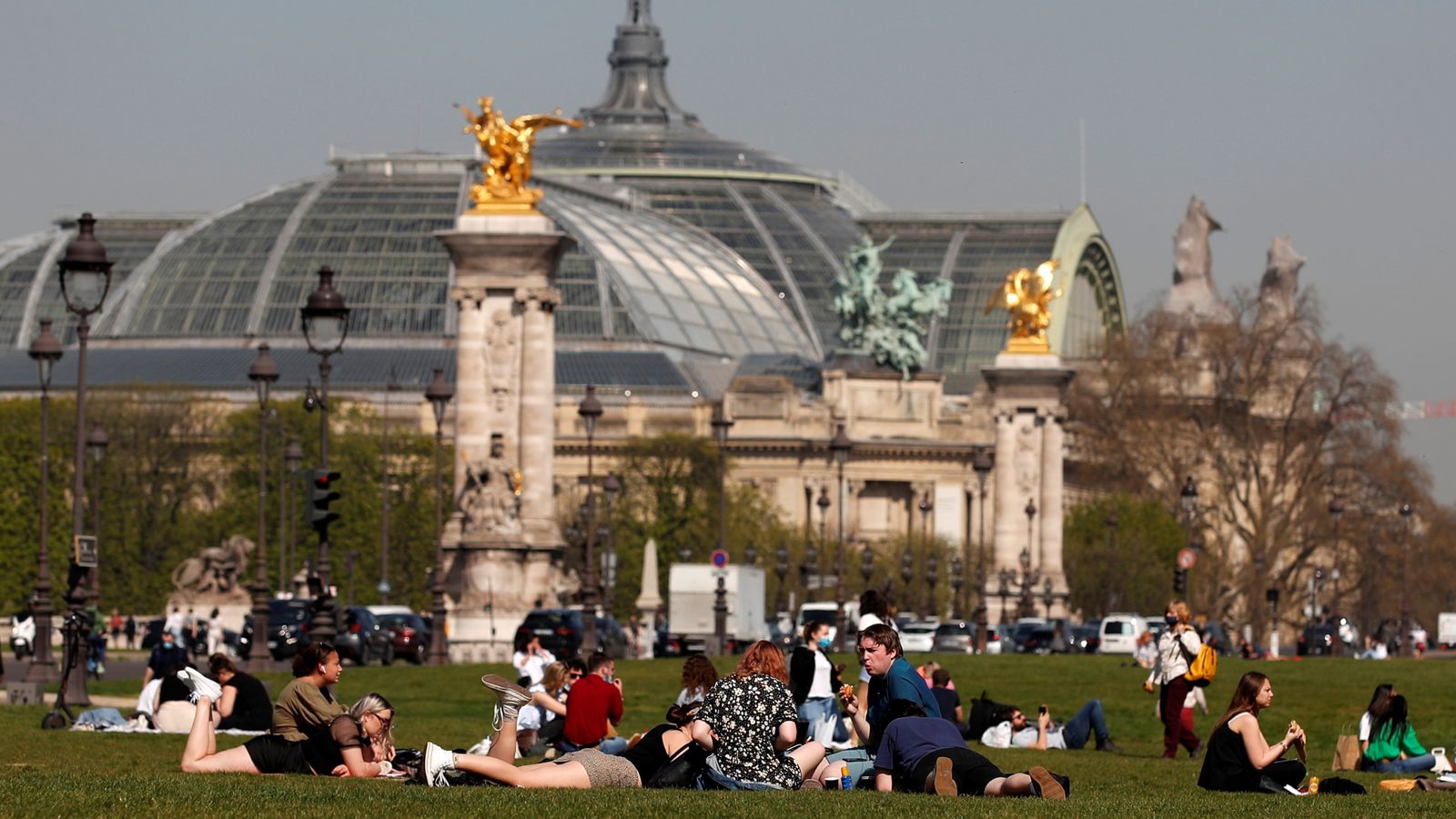 France will widen strict lockdown restrictions – which have already been in place in several areas including Paris – to the whole country to combat a third wave of coronavirus sweeping Europe.

In a televised address to the nation, President Emmanuel Macron said the measures will come into effect on Saturday and be in place for at least a month.

He warned the country would “lose control if we do not move now”, introducing restrictions including closing non-essential shops and shutting schools for three weeks.

He said timetables will be adapted to allow for one week of online lessons, followed by a two-week holiday.

There will be a month-long domestic travel ban, and a nationwide 7pm-6am curfew will remain in place.

Mr Macron said “the numbers are charging away from us” and France is now faced with “a race against the clock”.

The extended measures mark a departure from the government’s policy in recent months, which has focused on regionalised restrictions.

School closures in particular had been seen as a very last resort, with the president appearing reluctant to bring in the measure and saying children’s education was “non-negotiable”.

His announcement comes after doctors warned that hospitals are on the brink of being overwhelmed by the number of sick people needing treatment.

Daily new infections have doubled since February to nearly 40,000.

And yesterday, the number of COVID-19 patients in intensive care breached 5,000, exceeding the peak hit during a six-week long lockdown in the autumn.

Mr Macron revealed worrying new data had been seen in recent days, including figures showing 44% of patients in French ICUs are now under the age of 65.

Sky’s Europe correspondent Adam Parsons said of the president’s address: “This really was a classic bit of Emmanuel Macron rhetoric. It was a speech laced with care, with politics and also with a little grain of self-aggrandisement.”

He said that the measures announced are “pretty much the pillars of the lockdown of last year”.

Mr Macron had been holding off another national lockdown since the start of the year, hoping to steer France out of the pandemic while giving the economy a chance to recover from a deep slump.

However, in recent weeks, options have narrowed as the highly contagious and virulent coronavirus variant first detected in Britain has swept across France and much of Europe.

Ten days ago, the government shut non-essential stores and limited people’s movements in Paris and other regions ravaged by the virus.

The president defended his choice not to introduce stricter measures earlier, saying he believes the government “acted rightly” to trust the public.

But he did admit to having “made mistakes” in his handling of the pandemic which he had “learned” from.

“At every stage of this epidemic, we could tell ourselves that we could have done better, that we made mistakes. All of this is true,” he said.

“But I do know one thing: we held on, we learned, and we got better every time.”