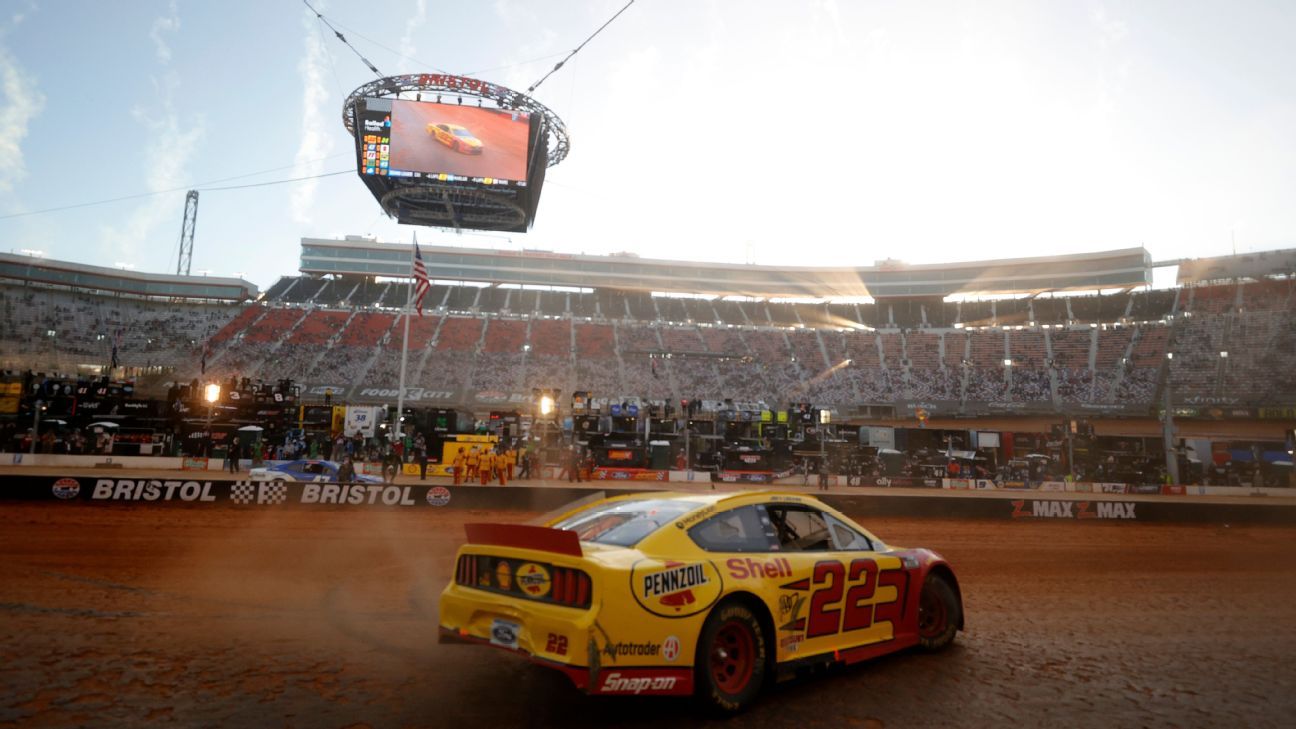 He couldn’t see much — visibility was next to nothing during this Monday dust storm — but Logano clung to the familiar bottom lane around the bullring to collect the checkered flag on this NASCAR experiment.

Logano got a jump on Denny Hamlin on the overtime restart to earn his third career victory at Bristol. But this was not the Bristol of old, the track had been covered with 2,300 truckloads of red Tennessee clay so that NASCAR could add a dirt track to the Cup schedule for the first time since 1970.

“How about Bristol on dirt, guys! This is incredible,” Logano said to the crowd, a reduced capacity sellout of about 30,000 fans.

“There’s nothing like winning at Bristol, but putting it on dirt and being the first to do it is very special.”

The Logano victory closed a weekend of uncertainty and even some hysteria as NASCAR launched this drive through the dirt. It was broadcast partner Fox who wanted a dirt race on the Cup schedule and Speedway Motorsports, seeking some new energy at its beloved Bristol bullring.

So NASCAR awarded the experiment to Bristol, bypassing dozens of quality established dirt tracks across the country. The snub extended to Tony Stewart, who had successfully hosted seven Truck Series races at his Eldora Speedway dirt track in Ohio but said was never considered for a Cup race.

Marcus Smith, the CEO of Speedway Motorsports, insisted concrete Bristol was up to the challenge and he told The Associated Press he’d spent nearly $2 million to make the dirt dream a reality.

He was pleased with the buzz generated by the event, even as NASCAR huddled for solutions to extreme dust, poor tire durability and shifting weather conditions that made the buildup a muddy mess. When race day finally arrived, torrential overnight rains had flooded the Bristol grounds and NASCAR had to postpone Sunday’s show by a day.

The wait seemed worth it and the end product has been deemed a win: before the race was even over, the track announced over the public address system that Bristol would run on dirt again next season.

Ukraine Crisis: Russian forces try to surround Kyiv
Bodycam footage shows Tyre Nichols calling for his mother as he is beaten by officers before his death
Quick Charge Podcast: January 31, 2023
CNN fact-checks McCarthy’s ‘highly misleading’ claims about Pelosi
Future industrial action ‘will be even bigger’ if ministers do not act, union boss warns