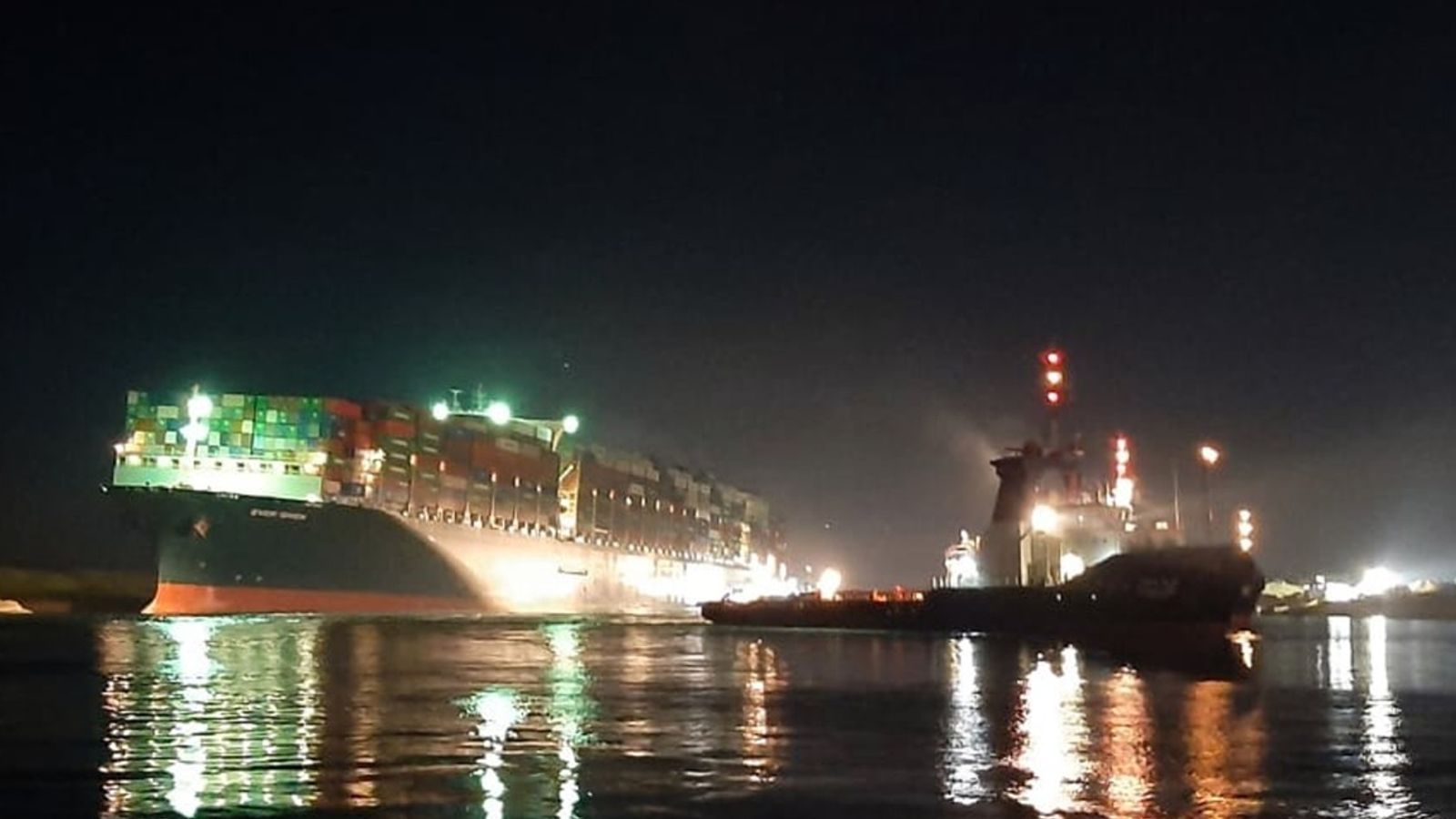 The enormous container ship wedged across the Suez Canal has been “partially refloated” – apparently opening up space for other vessels to pass.

Video showed the stern of the gigantic Ever Given ship swung towards the canal bank, with voices heard shouting “praise be to god” and “god is great” in celebration as tug boats moved around it.

Local sources told Reuters news agency it had been straightened and returned to “normal course”.

The breakthrough came after canal services firm Leth Agencies said the vessel had been “partially refloated”, following intensive efforts to push and pull it with 10 tugboats and vacuum up sand with several dredgers at high tide.

The company said it was awaiting confirmation of the refloating from the Suez Canal Authority – but did not provide details of when it expected the ship to be completely dislodged.

The oil price fell as news of developments in the canal emerged, with the price of Brent crude down 2% to just over $63 (£46) a barrel.

It had been feared the Panama-flagged, Japanese-owned ship might be stuck for weeks.

The skyscraper-sized Ever Given became stuck in Egypt’s Suez Canal last Tuesday and the resulting disruption to the vital waterway has held up £6.5 billion in global trade each day.

Hundreds of other vessels remained trapped in the canal waiting to pass, carrying everything from crude oil to cattle.

More than two dozen vessels have opted for the alternative route between Asia and Europe around the Cape of Good Hope, adding around a fortnight to journeys and threatening delivery delays.

The 400m (1,312ft) long Ever Given became jammed diagonally across a southern section of the canal in high winds.

As of Saturday, 321 boats were waiting to get through the canal, including dozens of container ships, bulk carriers and liquefied natural gas (LNG) or liquefied petroleum gas (LPG) vessels.