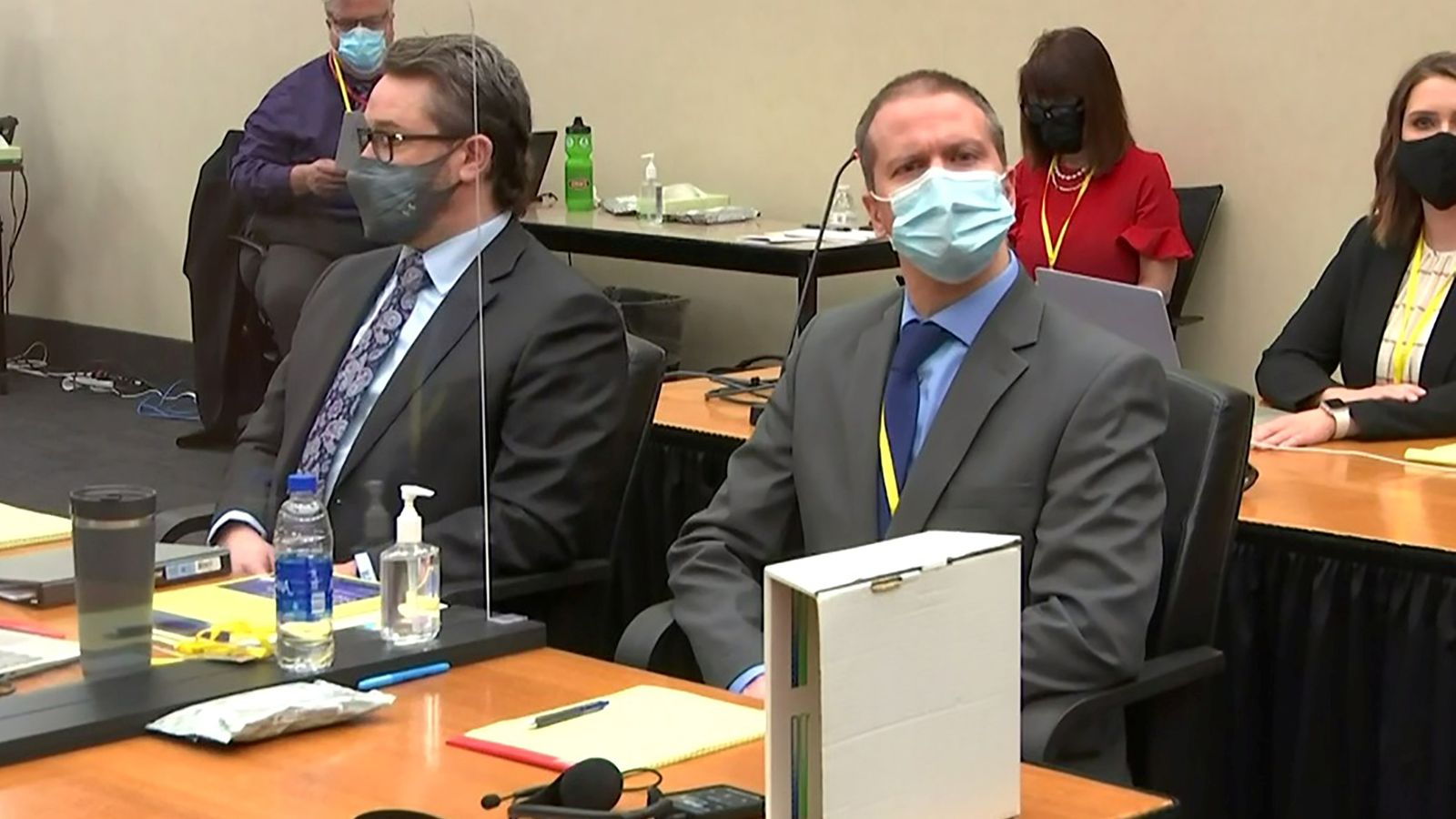 A former Minneapolis police officer knelt on George Floyd “until the very life was squeezed out of him”, a jury has been told.

Prosecutor Jerry Blackwell told jurors that Derek Chauvin “didn’t let up, he didn’t get up” even after Mr Floyd said 27 times that he could not breathe and went motionless.

“He put his knees upon his neck and his back, grinding and crushing him, until the very breath, no ladies and gentlemen, until the very life, was squeezed out of him,” Mr Blackwell said.

Follow live updates here as the trial gets under way

George Floyd Killing: The Trial – We will bring you live continuous coverage of court proceedings in the trial of Derek Chauvin on our website, app, YouTube and Sky Pop Up Channel on 524 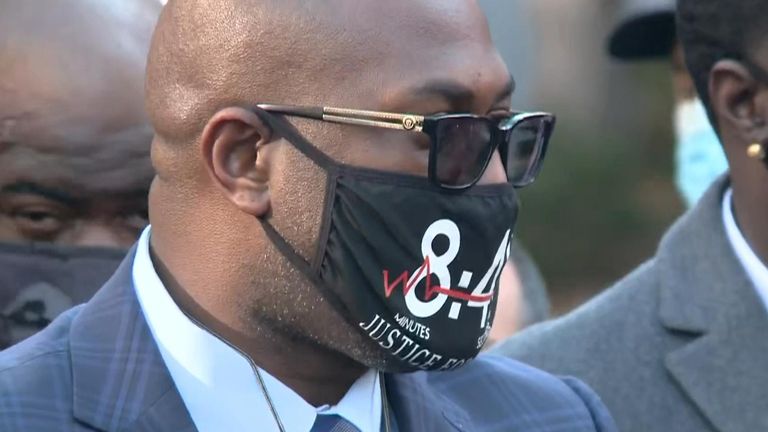 ‘Your skin shade shouldn’t be a death sentence’

He said bystander witnesses would include a Minneapolis Fire Department officer who wanted to administer aid.

He said Chauvin pointed Mace at her.

Shortly after the opening, jurors were shown the full video of the arrest of Mr Floyd which was shared around the world and sparked months of protests against racial injustice and police brutality.

The volume was raised to help the jurors hear what was being said.

In the disturbing footage, bystanders can be heard telling the police to get off Mr Floyd.

And when he stopped making a noise, witnesses can be heard saying “he is not responsive right now” and calling for officers to check his pulse.

All this time Chauvin is still kneeling on Mr Floyd’s neck.

The 46-year-old was declared dead after Chauvin, who is white, kept his knee on Mr Floyd’s neck as he lay handcuffed on his belly on the pavement.

Eric Nelson, who is representing the former officer, said police were called after Mr Floyd paid for a packet of cigarettes with a fake $20 bill and that a struggle began as they tried to arrest him.

It was at that point when Chauvin and his partner arrived.

Following the incident, Mr Nelson said Mr Floyd was taken to a separate location in order to try to resuscitate him because of the size of the crowd present.

And the lawyer added that the only post-mortem carried out – which was done by Dr Andrew Baker of Hennepin County Medical Examiner’s Office – found none of the “tell tale signs of asphyxiation”.

The case has drawn international attention and continues to see regular protests in the city.

The courthouse has been heavily fortified and 2,000 members of the National Guard will be mobilised by the time of the verdict.

‘George Floyd was living and breathing just fine until the police put a knee on his neck.’

Floyd family lawyer, Benjamin Crump says ‘today starts a landmark trial that will be a referendum on how far America has come in its quest for equality’.

Ben Crump, the lawyer representing the Floyd family, spoke in Minneapolis ahead of the trial, saying that “the world is watching”.

The trial is expected to last around four weeks, which Mr Crump said would be a “long, four-week journey to justice” for the relatives of Mr Floyd.

He says the trial will show if the US lives up to the Declaration of Independence – that all men are created equal.

Manslaughter has a maximum 10-year sentence.

Johnson told to stop asking Richard Sharp for financial advice days before he was made BBC chair – reports
Quick Charge Podcast: January 30, 2023
Three emergency workers fired over inadequate care given to Tyre Nichols after he was beaten by police
Man escapes feared Russian agency, reveals what Russian spies are saying
XPeng opens orders for G9 SUV and updated P7 sedan to these four countries in Europe