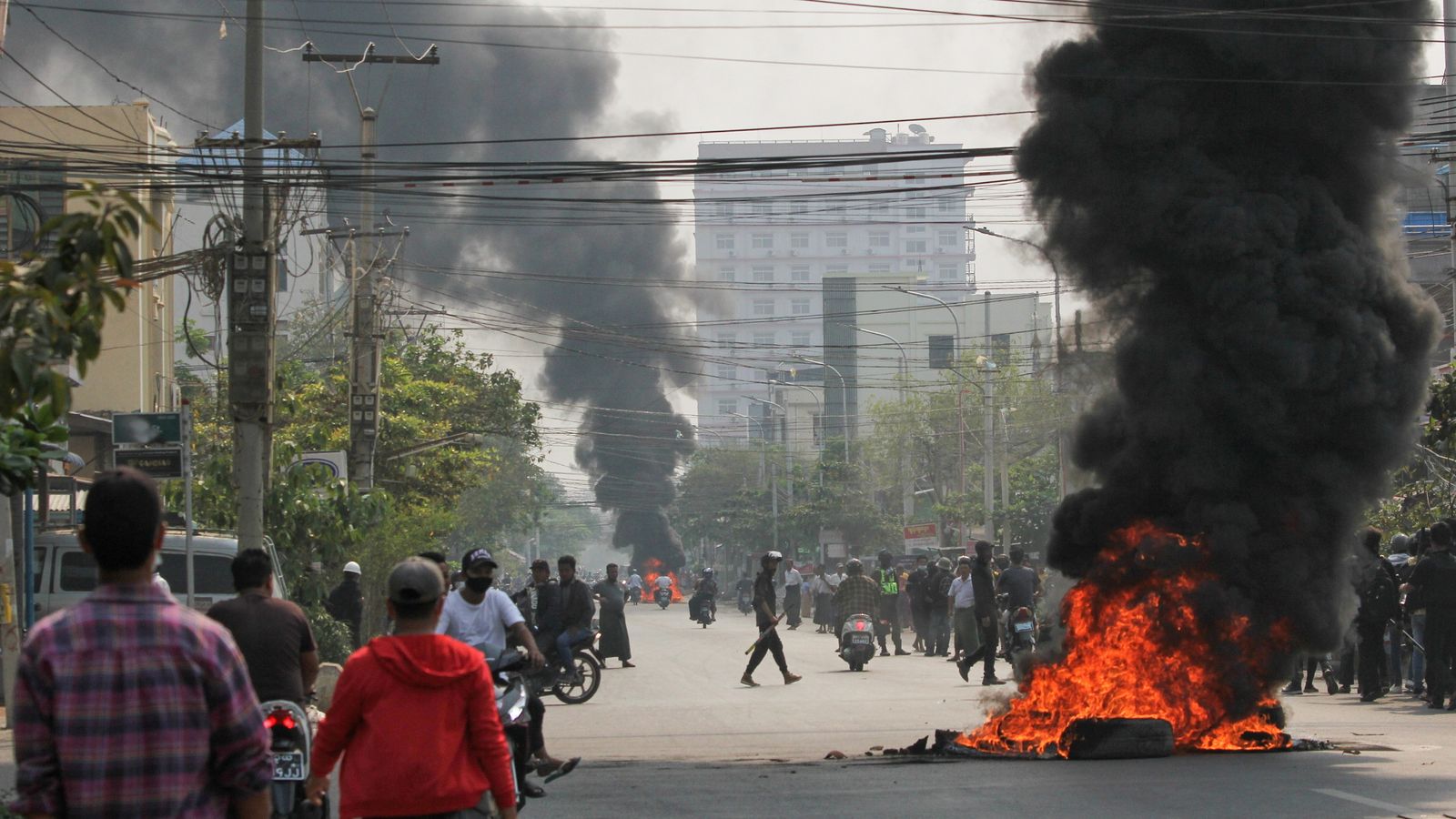 At least 50 people have been killed across Myanmar after security forces opened fire on protesters, according to local media reports.

The deadly tally is said to include 13 in the country’s second-biggest city, Mandalay, nine in the nearby region of Sagaing
and seven in the commercial capital Yangon.

The shootings came as a rebel leader told Sky News that Myanmar’s armed ethnic groups will not stand by and do nothing if the military continued to kill demonstrators.