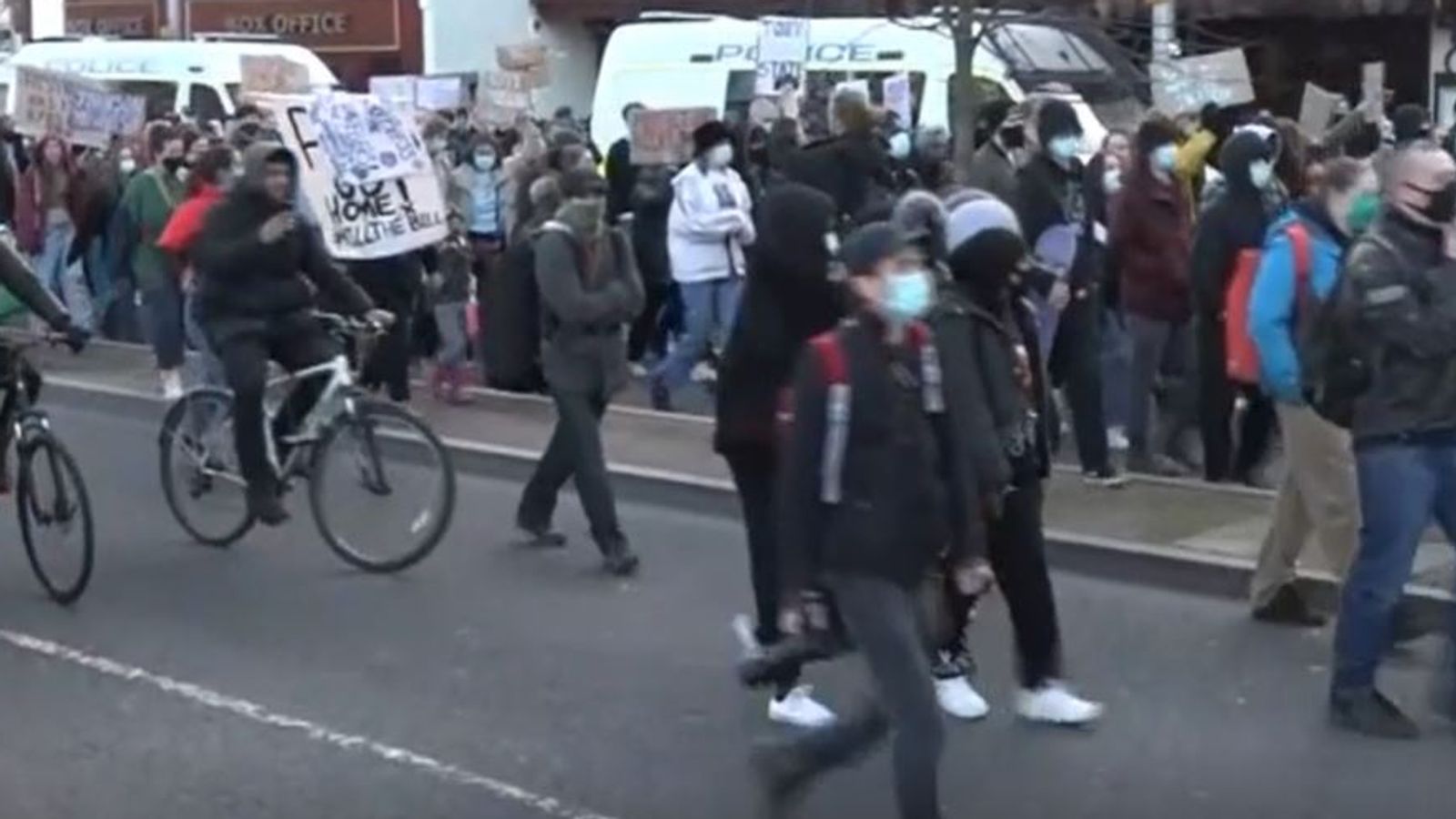 Arrests have been made during a third “Kill The Bill” demonstration in Bristol after projectiles were thrown at police.

More than 1,000 protesters had taken part in a peaceful protest in the city – third in less than a week – including a sit-down demonstration near Bridwell police station – the scene of Sunday’s violence.

But as the stand-off continued, eggs and glass bottles were thrown at officers and lasers were shone in their faces as images showed police holding riot shields and pushing back crowds.

Avon and Somerset Police tweeted: “Protesters are also pulling at officers’ shields while lasers are being shone in their faces.

“We will not tolerate violent disorder. Arrests have been made.”

It was the third such protest held in Bristol since Sunday against the proposed Police, Crime, Sentencing and Courts Bill, that grants forces greater powers to restrict non-violent protests.

Police themselves were out in force, including horses and dogs, with rows of officers and vans blocking the protesters from the station.

The demonstration remained loud but peaceful in the evening, with protesters dancing to music despite heavy rain.

Some of those taking part had also been seen holding daffodils, some of which were offered to officers.

Others chanted slogans such as “who do you protect?” and “Justice for Sarah”, a reference to Sarah Everard, the London woman who was found dead earlier this month.

Avon and Somerset Police urged demonstrators not to attend, and later to go home due to the risk of spreading COVID-19.

In the evening, the force repeated the call for the protesters to return home, adding: “All necessary and proportionate enforcement action will be taken.”

The first demonstration held last Sunday started off peacefully with around 3,000 attending but descended into a riot when around 500 people marched on Bridewell police station.

Nine people have been arrested in connection with the disorder, which saw officers attacked, police vehicles set on fire and the windows of a police station smashed.

A second protest took place on College Green on Tuesday night and resulted in 15 arrests.

Violent protesters will “face the full weight of the law”, a senior police chief has warned, ahead of further expected demonstrations this weekend.