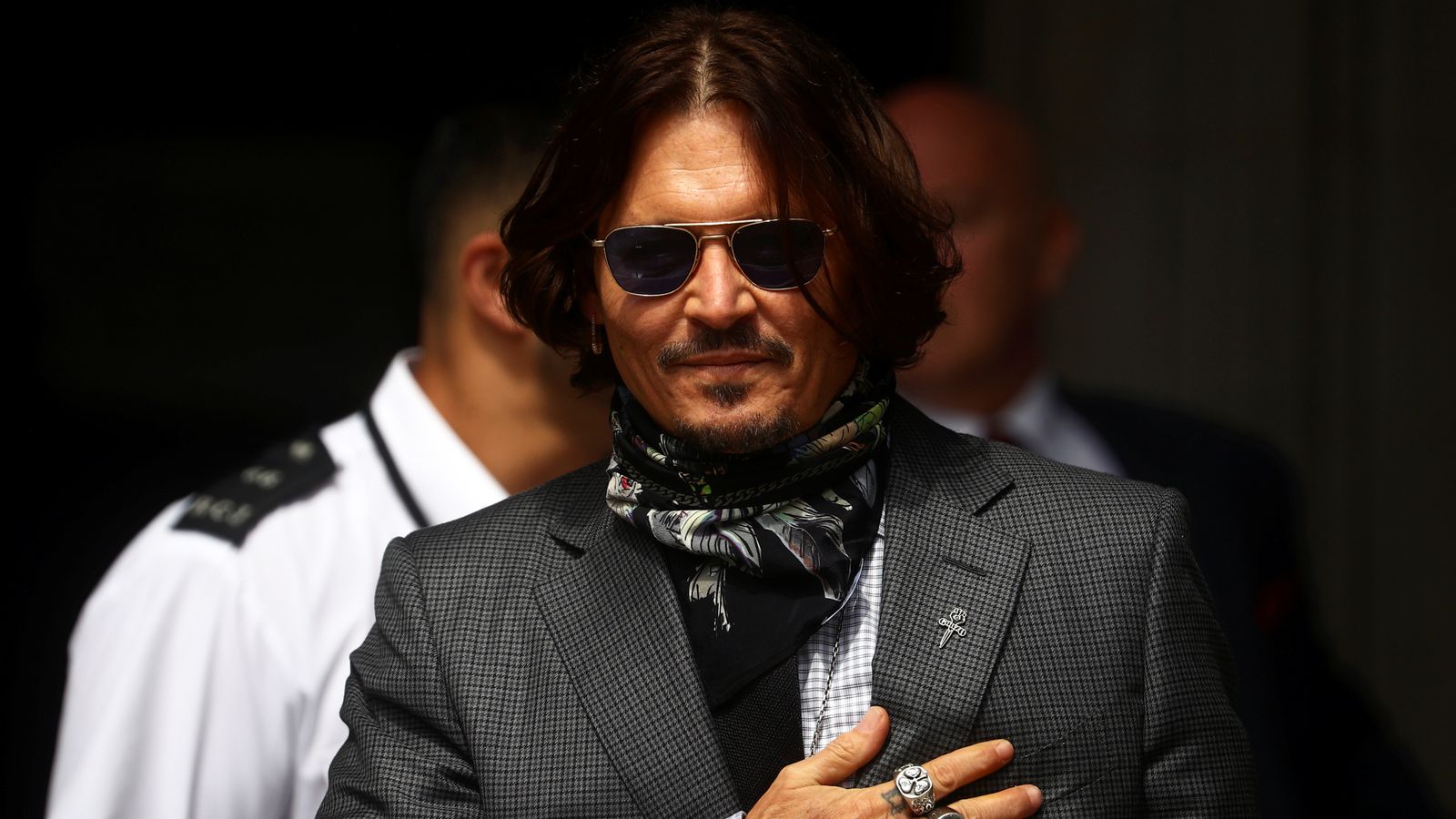 Johnny Depp has been refused permission to appeal a High Court ruling that he assaulted his ex-wife Amber Heard and made her fear for her life.

In November, three months after the end of a high-profile trial, the judge rejected Depp‘s claim that The Sun newspaper had libelled the actor in a 2018 article calling him a “wife beater”.

The 57-year-old had taken legal action against owners News Group Newspapers (NGN) and its then executive editor Dan Wootton over the column, which referred to “overwhelming evidence” he attacked his 34-year-old ex-wife several times during their relationship.

Depp has always strenuously denied Heard‘s allegations and has not been charged with a criminal offence. However, in the civil case, Judge Andrew Nicol found the article was “substantially true”.

Requesting permission to appeal at a hearing held earlier in March, the star’s lawyers argued that he had not received a fair trial and said they had “fresh evidence” about Heard, accusing her of lying about donating her full $7 million (£5.5 million) divorce settlement to charity.

However, on Thursday, Court of Appeal judges refused Depp’s application, saying the original hearing “was full and fair” and that the trial judge “gave thorough reasons for his conclusions which have not been shown even arguably to be vitiated by any error of approach or mistake of law”.

Announcing the decision, Lord Justice Underhill said: “We refuse Mr Depp’s application to admit further evidence in support of his proposed appeal and we conclude that the appeal has no real prospect of success and that there is no other compelling reason for it to be heard.”

Addressing the claims about Heard’s divorce settlement, the appeal judges said that in their view, it was unlikely that the trial judge “gave any weight to general considerations about her character of the kind suggested” by the actor’s lawyers.

“Nor… do we believe that the judge would have reached a different conclusion if it had been established before him that Ms Heard had given a misleading impression about how much of the $7m which she said that she had donated to charity had in fact been paid,” the judgement said.

In a statement made after the ruling, a spokeswoman for The Sun said: “The Sun had every confidence that this leave to appeal application would not be granted and are pleased with today’s decision.

“The case had a full, fair and proper hearing, and today’s decision vindicates the courageous evidence that Amber Heard gave to the court about domestic abuse, despite repeated attempts to undermine and silence her by the perpetrator.

“The Sun will continue to stand up and campaign for victims of domestic abuse.”

Following last year’s trial, the judge concluded that 12 of the 14 alleged incidents of domestic violence relied on by NGN as evidence did occur.

He found that Depp assaulted Heard on a dozen occasions and put her in “fear for her life” on three occasions, including one the actress described as a “three-day hostage situation” in Australia in March 2015.

Heard was equally afraid during incidents on the Eastern and Oriental Express in South East Asia in August 2015 and again in LA in December that year, the judge found.

Following the ruling, one of Depp’s solicitors, Jenny Afia, hit out at the decision, saying it was “as perverse as it is bewildering”, and adding: “The judgment is so flawed that it would be ridiculous for Mr Depp not to appeal this decision.”

But Heard’s US lawyer, Elaine Charlson Bredehoft, said: “For those of us present for the London High Court trial, this decision and judgment are not a surprise.”

Days after the ruling, Depp revealed that he had been asked by Warner Brothers to resign from his role in the Harry Potter spin-off franchise Fantastic Beasts.

The actor has brought separate libel action in the US, having sued Heard personally over a 2018 Washington Post opinion piece in which she wrote about domestic abuse, although did not name her ex-husband.

That hearing was due to take place in May, but has now been pushed back to April 2022.