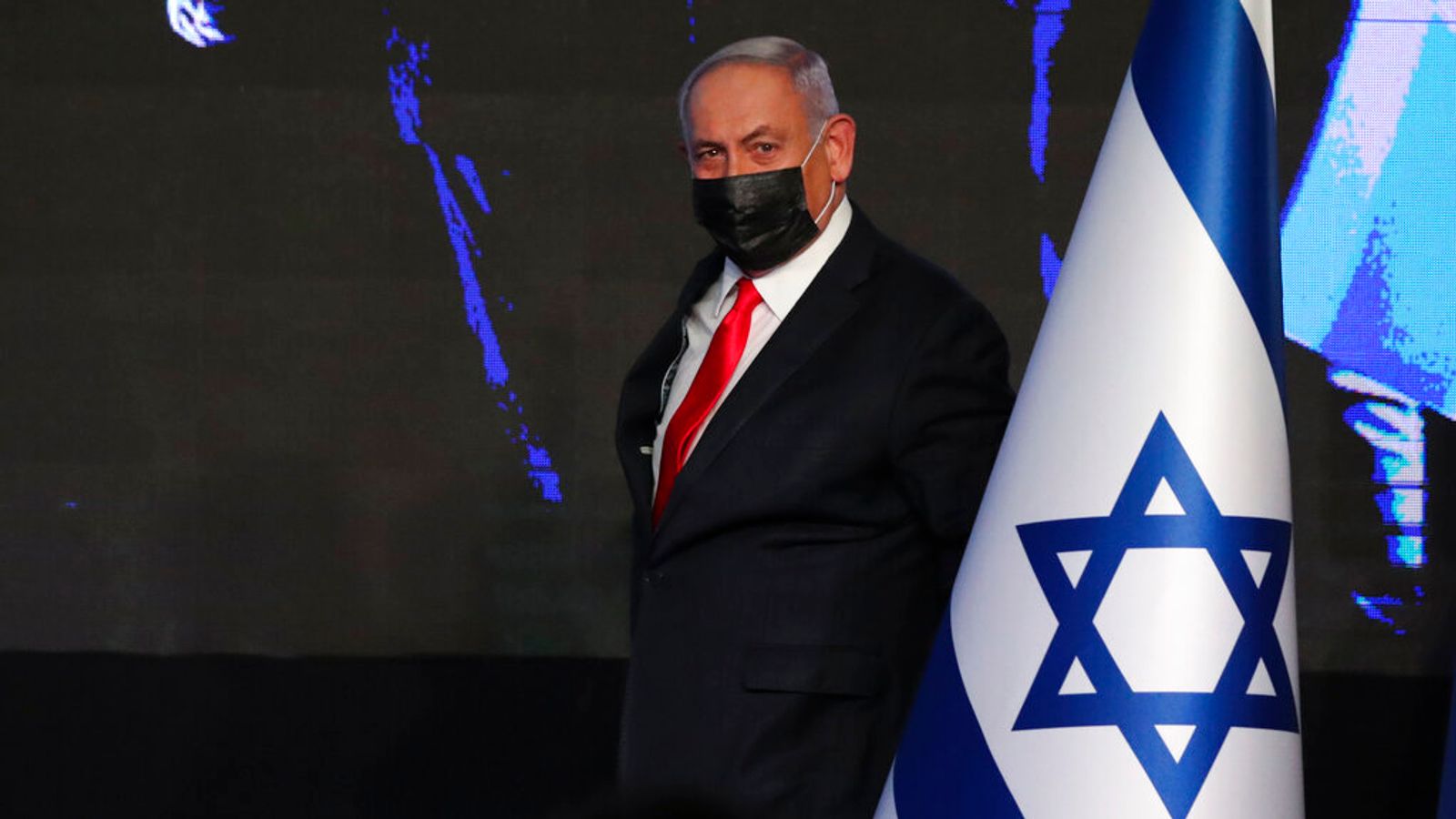 Benjamin Netanyahu has failed to secure a majority in Israel’s elections, leaving his future as prime minister uncertain.

Opposition parties managed to secure 60, but small right-wing party Yamina is forecast to win seven and has not yet declared whether it would form a coalition or not.

It is the fourth time in two years that a political vote in Israel has ended in deadlock.

If Mr Netanyahu is unable to form a government, the country faces an unprecedented fifth consecutive election later this year.

Analysis: One of Trump’s biggest defenders thinks he has a chance to lead the RNC
‘Feminists can’t tell us what to do with our bodies’: Sex workers fight council strip club ban
Millions flock to mark death of TikTok ‘bones, no bones’ star – Noodle the dog
As China eases Covid restrictions, Club stocks stand to gain
Cost of living: Out of region placements for homeless