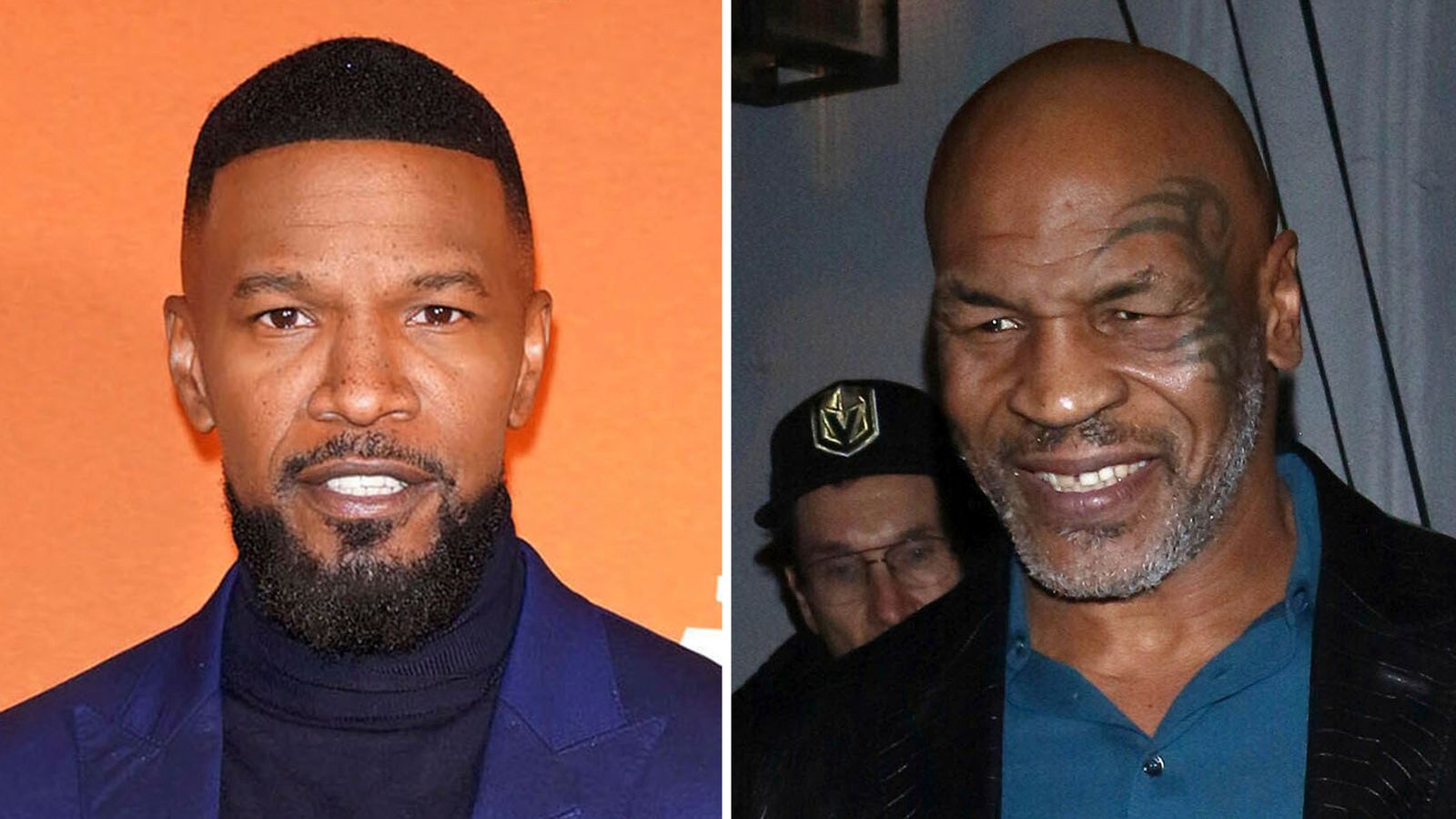 Jamie Foxx will play Mike Tyson in a TV series based on the former heavyweight boxing champion’s life and career, producers have said.

Fuqua, a filmmaker best-known for 2001 crime thriller Training Day, will also direct the limited series, which was previously set to be a feature film in 2014, the Deadline website said.

The show, which is not yet attached to a TV network or streaming service, is sanctioned by Tyson.

The series, which will be written by screenwriter Colin Preston, will “span the life of one of the most legendary boxing figures of all time”, producers said.

Tyson, 54, said: “I have been looking to tell my story for quite some time.

“With the recent launch of Legends Only League and the excitement from fans following my return to the ring, now feels like the perfect moment.

“I look forward to collaborating with Martin, Antoine, Jamie, and the entire creative team to bring audiences a series that not only captures my professional and personal journey but also inspires and entertains.”

The former boxer’s enthusiasm contrasts sharply with his reaction to another planned project on his life from the US streaming service Hulu.

Hulu, which is owned by Disney, said its eight-part series would explore Tyson’s life and career.

Considered to be one of the greatest heavyweight fighters of all time, Tyson became the youngest ever heavyweight champion in boxing history in 1986 at the age of 20.

Tyson hung up his gloves in 2006, but returned to the ring in November last year for a bout with Roy Jones Jr, which ended in a draw.

Protests follow US Supreme Court’s move to overturn abortion protection as clinics begin to close
‘The number of victims is impossible to imagine’: Missile strike on Ukrainian shopping centre with 1,000 inside
California plans to send millions of ‘inflation relief’ payments of up to $1,050. Here’s what we know about whether other states will follow
Two dead and 14 wounded in shooting at Oslo nightclub
Third day of rail strikes set to cause weekend chaos – with no trains running in some popular seaside towns