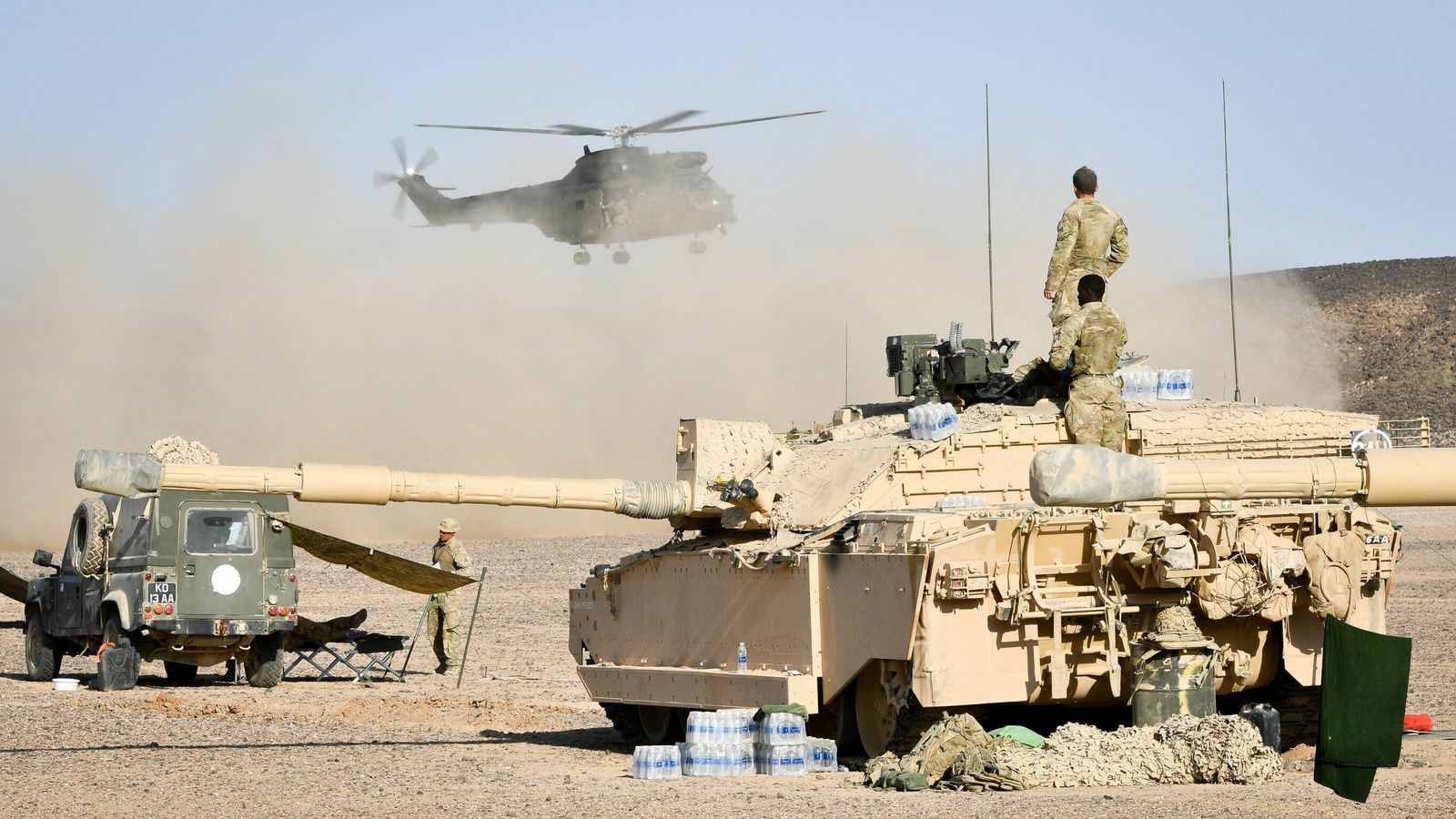 The size of the British army will be reduced to 72,500 personnel, and the RAF will have its air cargo and personnel carriers drastically cut as part of the biggest overhaul of the armed forces in decades.

Under plans revealed by the Defence Secretary Ben Wallace, the army will shrink to its smallest size since the 1700s but will be reorganised to face modern threats and equipped with new technology.

A newly-created special operations force, called the Rangers, will be deployed regularly to embed alongside foreign militaries to prevent conflicts and a new Security Force Assistance Brigade will be established to train international partners.

A total of £23bn will be invested in army technology including upgrades to the Challenger tank and Boxer armoured fighting vehicles.

Writing in the report’s foreword, Mr Wallace said: “We have put at the heart of this Defence Command Paper a mission to seek out and to understand future threats, and to invest in the capabilities to defeat them.

“Those of us in government charged to protect and defend have a duty to enter new domains, as well as continuing investment in the traditional ones, but always adapting to the threat.

More from Ministry Of Defence

“History shows us, time and time again, that failing to do so risks irrelevance and defeat.

“As the threat changes we must change with it, remaining clear-eyed about what capabilities we retire, why we are doing so, and how they will be replaced.”

The entire RAF C-130 Hercules fleet will be retired in 2023 and nine Chinook and 20 Puma helicopters will be taken out of service without replacement.

Robert Clark, defence research fellow at the Henry Jackson Society said: “The reduction of British army personnel to 72,500 by 2025, coupled with the cuts to the unglamorous but essential workhorses of the army in medium-lift air and logistical capabilities, lead to serious questions of how the army will be able to sustain the commitments envisioned in the Integrated Review.”

He added: “The Puma and Chinook decisions, in particular, risk undermining the Integrated Review’s vision for a more forward deployed British military presence.”

The Defence Command Paper has confirmed the UK will buy more than the 48 F-35 stealth fighter jets it already has, but hasn’t put a figure on how many.

Two billion pounds will be invested in developing a successor aircraft, which will include manned and unmanned aircraft and swarm drones.

Two of the Royal Navy’s oldest Frigates will be retired over the next 24 months, reducing the number of Frigates and Destroyers to 17 for a short period.

Former Chief of the General Staff Lord Dannatt, cautiously welcomed the review. He said: “There is good news as well as some concerning things.

“The money is moving in the right way but we also need to recognise the threats are changing and the armed forces have to change to meet those changes.”