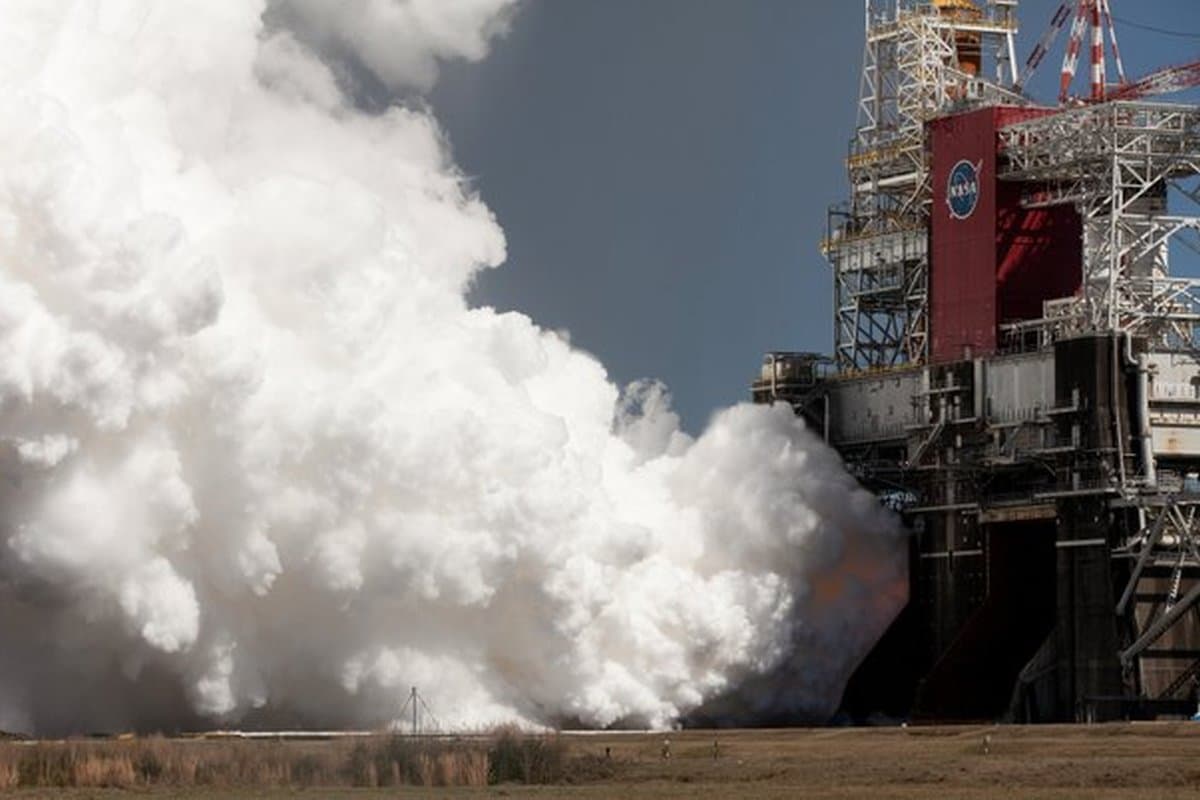 Aerospace firms on Thursday credited NASA with a successful test of engines on a Boeing-built rocket for Artemis missions that aim to return US astronauts to the moon by 2024, more than half a century since the last lunar walk.

NASA simulated a launch by firing the engines of the core stage of the Space Launch System (SLS) rocket while it was anchored to a tower at its Stennis Space Center in Mississippi.

The four RS-25 engines roared to life for the full eight minutes of the test and filled the surrounding area and sky with clouds of white smoke. After the engines cut off, NASA employees could be heard applauding on the space agency’s live-streaming video, and many aerospace firms publicly congratulated NASA on a successful test.

A previous test in January ended after about a minute – well short of the roughly four minutes engineers needed to gather enough data.

The Space Launch System is now expected to go to the Kennedy Space Center in Florida for integration with Lockheed Martin’s Orion spacecraft.

NASA aims to send an uncrewed spacecraft to orbit the moon in November and return US astronauts to the moon by 2024, but the SLS program is three years behind schedule and nearly $3 billion (roughly Rs. 21,760 crores) over budget.

President Joe Biden has tapped former Democratic senator and astronaut Bill Nelson to run the US space agency, according to two people familiar with the decision.

It was a much-sought-after victory for Boeing after multiple setbacks.

Boeing lost a race for its Starliner crew capsule to be the first to carry astronauts from US soil to the International Space Station in nearly a decade to Elon Musk’s SpaceX.

Jeff Bezos’ Blue Origin is also racing to send its own crewed mission to space for the first time.

Has the Redmi Note 10 Series raised the bar in the budget phone market in India? We discussed this on Orbital, our weekly technology podcast, which you can subscribe to via Apple Podcasts, Google Podcasts, or RSS, download the episode, or just hit the play button below.

Russia threatens Lithuania over blocking Kaliningrad
Intel warns Ohio factory could be delayed because Congress is dragging its feet on funding
Taliban ask for aid after earthquake kills more than 1,000 in Afghanistan
Jupiter Might Have Eaten Baby Planets To Amass Metals: Scientists
‘A dark day for women’: Billie Eilish blasts US abortion ruling as she becomes Glastonbury’s youngest headline act