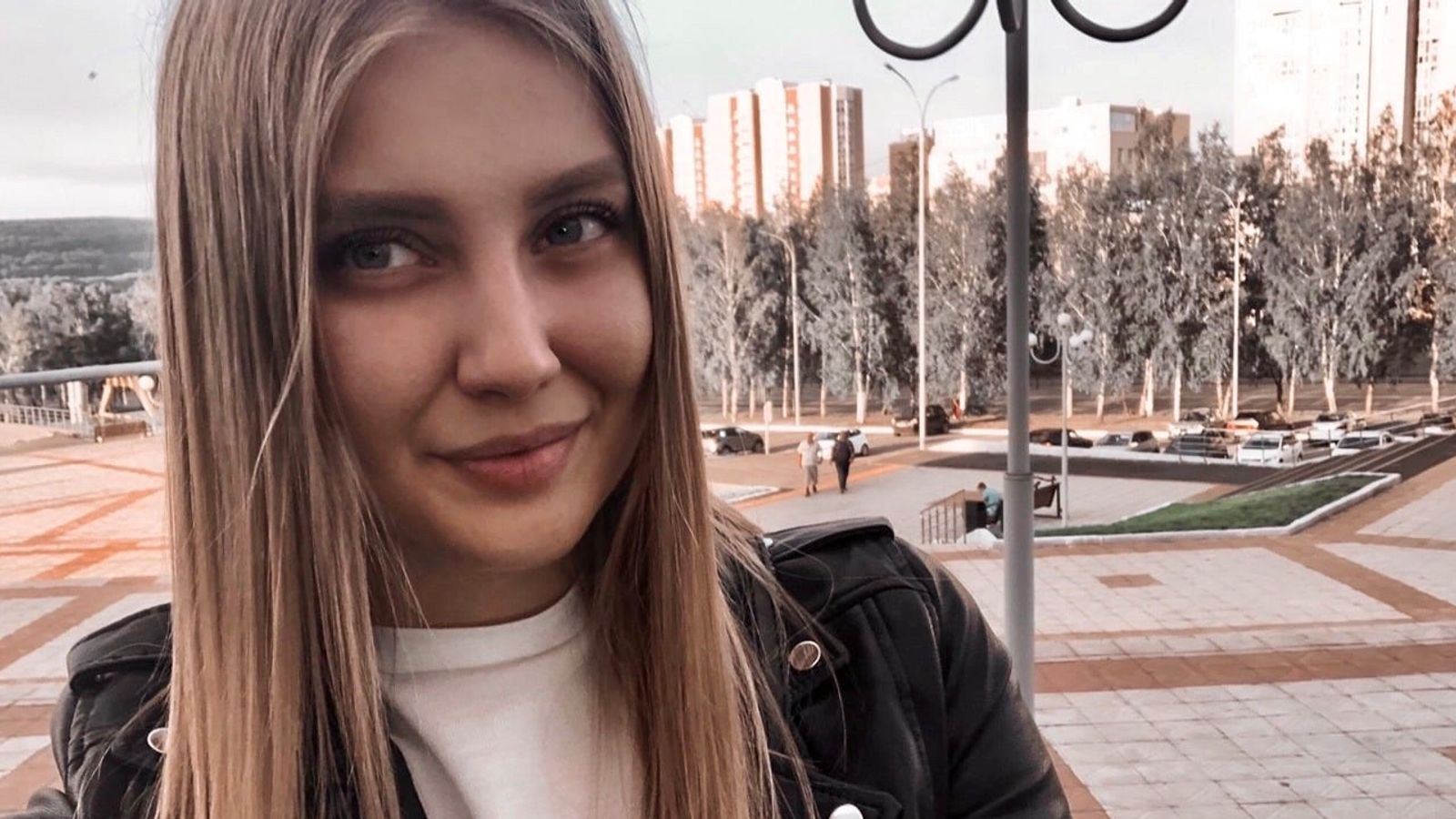 She had just come to collect her things.

It was January 2020. Vera Pekhteleva, a 23-year-old university student, had told her boyfriend their relationship was over.

She was living elsewhere and had found somebody new. When the grey metal door in a dingy corridor on Kemerovo’s Leningradsky Proskpekt shut behind her, she would not leave the flat again alive.

This week the case against her ex-boyfriend, Vladislav Kanyus, also 23, was sent back to the prosecutor’s office so that it could be resubmitted on charges of murder with particular cruelty.

Before remanding the case, the judge listed each of the 111 injuries Ms Pekhteleva sustained in the three-and-a-half-hours before Kanyus finally strangled her with the cord from an iron.

Kanyus fidgeted in the dock. He said he didn’t object to the tougher charges. He hadn’t meant to kill her, he said, he just wanted her screams to stop.

Ms Pekhteleva’s case hit the headlines last month after a domestic violence campaigner released audio files of the phone calls made by neighbours to police in the hours before she died.

You can hear her screaming in the background. The neighbours called emergency services seven times. They told the police operator it sounded like a “slaughterhouse” in there.

“Can you hear how she’s screaming behind the door?”, the neighbours say.

The operators, women themselves, appear indifferent.

“What am I supposed to do?”, one of them says. A male voice screams: “Where are the police? She’s getting f***** killed in there”, to which she replies, “the police will come, there’s no need to swear”.

By the time the neighbours broke the door down, Ms Pekhteleva was already dead. The police had still not arrived.

“For a year I tried my best not to listen to the recordings,” says Vladimir Pekhtelev, Vera’s uncle. “But I couldn’t help it in the end, they were on the TV.”

Only since the release of those recordings were charges brought against the call centre operators as well as the police officers on duty.

The potential penalty on grounds of criminal negligence was also increased from a fine to a possible five-year jail term.

Publicity works. “Society has helped the authorities look more closely at the case,” Mr Pekhtelev says. “Now it is up to the judges.”

Sky News approached the Kemerovo police force and local investigative committee for comment but has yet to receive a response.

Ms Pekhteleva’s murder was horrific but it was not unusual.

In 2018, the government statistics agency recorded a total of 8,300 women killed. That works out at 22 a day. Contrast that with the UK rate of one woman murdered every three days.

Like in Britain, NGOs say the majority of those happened in the home. The official number for domestic violence murders for 2018 was just 253.

Most European countries, especially given a widely reported increase in domestic violence during the pandemic, are toughening their laws. Russia is going the other way.

In 2017 Russia decriminalised first instance domestic battery, meaning anything which doesn’t end up in hospital is classified as an administrative offence. There is no specific category for violence by a relative. The penalty is the same as being punched by a stranger on the street.

“It’s much more dangerous when the threat exists in your home which is meant to be a safe place,” says Diana Barsegyan of the anti-domestic violence advocacy group, Nasiliu.net.

“Plus the victim must prove everything themselves and often the police don’t respond or come to investigate. They’re not educated, they don’t understand that violence can come in many forms. They don’t, for example, understand the idea of rape in a marriage.”

Working at Nasiliu.net just got that bit harder.

In December last year it was added to the justice ministry’s list of foreign agents, which now includes a wide range of civil society organisations.

All of its campaign material including guidance on shelters or hotlines for battered women now needs a gigantic “foreign agent” stamp on it.

“It’s a huge problem,” Ms Barsegyan says. “All our supporters understand it’s just a stupid law and we’re not agents of another country, but for people who don’t know it’s like a giant red flag, it marks us out as an enemy.”

There are important voices helping. Yuri Dud, Russia’s most influential YouTuber, just posted his support for Nasiliu.net on his Instagram page and asked his followers to help fund the organisation.

Margarita Gracheva, whose husband cut off her hands days after she begged police to protect her from him, is using her painfully won prominence to get the nation talking in a new TV show about domestic violence.

State media may avoid a host of issues but horrific domestic violence cases like Ms Gracheva’s and Ms Pekhteleva’s do make and stay in the headlines, especially when the failings of law enforcement are so clear to see.

But Russia is still very far from the concept of “male allies”. There is an old saying in Russia: “If he beats you, he loves you.” Many still believe it.

Ruslan Mellin is a trauma surgeon in the city of Kemerovo where Ms Pekhteleva was killed.

He says around 15% of the patients he operates on are the victims of domestic violence. When he’s back home, he draws them and the horrific sets of injuries they’ve sustained – each face with its own terrible tale.

“Faces are my passion,” he says. “It is not hard to draw them, it is hard to look at them doing my work, day in, day out.”

There is the 16-year-old girl whose partner attacked her with an axe, leaving her in a pool of her own blood. When she didn’t die, he threw her in the cellar for a month so that her injuries grew and healed into an appallingly mutilated face.

There is the emaciated creature whose partner brought her to the hospital only to sneak her out via an emergency exit when he realised her injuries would be reported to police.

“She reminded me of a dog that had been beaten up so often that she was ready do anything as long as nobody touched her and gave her food and water,” Mr Mellin says.

He doesn’t have any answers. “I don’t follow politics, I don’t know what kind of tools the authorities may have to influence the abusers. But I do wish something would change.”

Russia’s authorities do have plenty of tools to influence abusers but they don’t use them. Even as civil society tries to step forward, Russia has a leadership which looks back.

Efforts to protect women are seen by conservative lawmakers as an infringement on the rights of the family.

Regulation to punish political dissent is being rushed through at breakneck speed but the law to criminalise domestic violence languishes in parliament.

It is a criminal offence now to defame a veteran but it is not one to beat up your wife.

And without a progressive and systematic response to the problem of domestic violence from parliament to the courts and the police, Russia’s women will continue to die at the hands of those close to them.