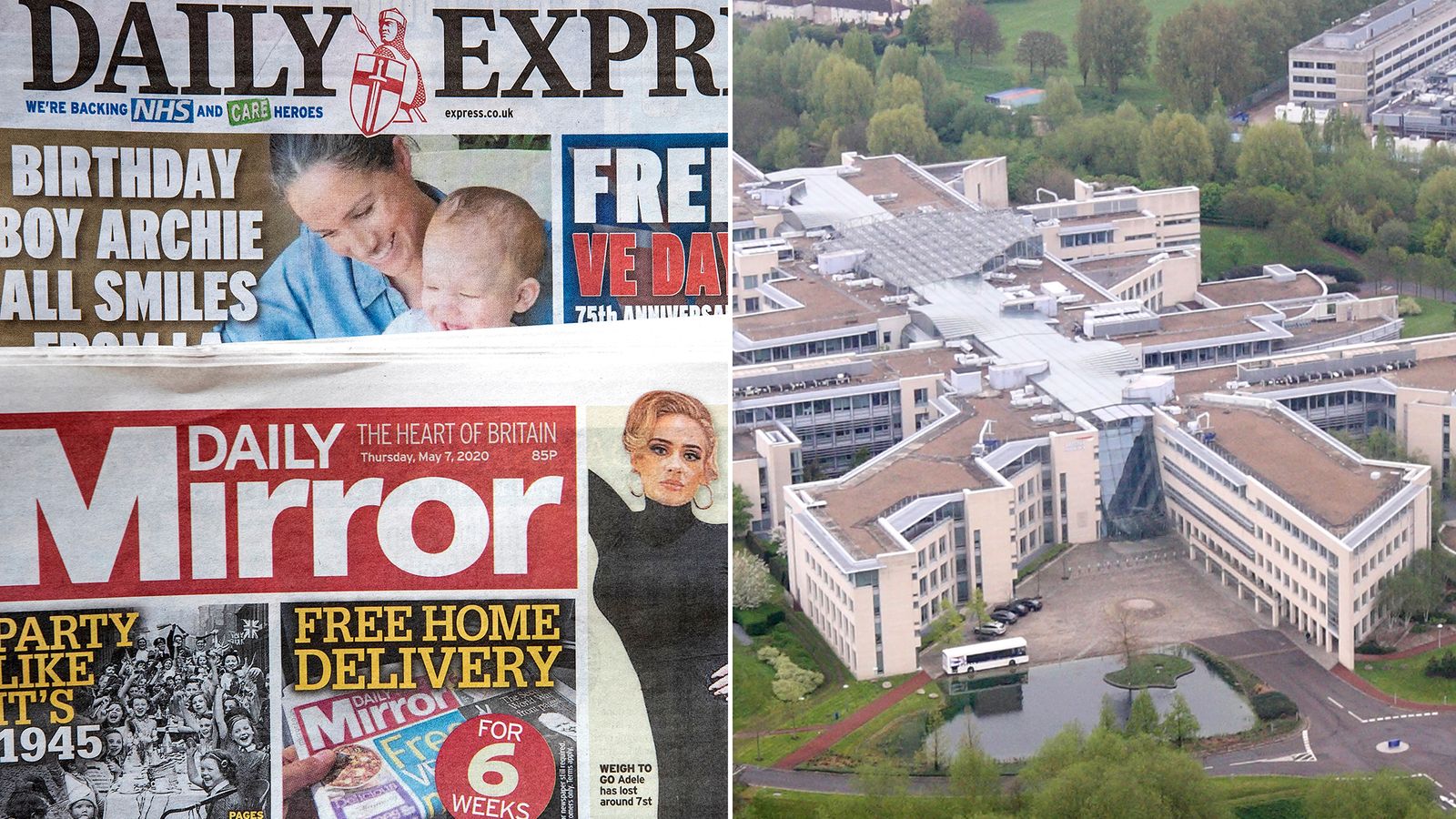 British Airways and the newspaper group behind the Daily Mirror have become the latest big companies to signal a major switch to working from home.

BA said it was considering selling its headquarters near Heathrow because the shift means it may not need so much office space.

Reach, the company behind the national Mirror and Express newspapers as well as more than 100 regional titles, said three-quarters of staff would now be entirely or mainly home-based.

Highly-regarded titles in places such as Leicester will no longer have their own offices.

BA and Reach are the latest major employers who have decided to make permanent, at least in part, some of the changes that had been forced on them by the pandemic.

The changes are being presented as a chance for workers to continue to enjoy the benefits of working from home but they will also see businesses save money on office space.

For BA, which confirmed a story about the possible sale of its west London headquarters that was first reported by the Financial Times, it could be a way of boosting finances hammered by the coronavirus pandemic.

Its Waterside complex near Heathrow – also the HQ of parent company International Airlines Group – was completed in 1998 at a cost of £200m.

The future of the site was already hanging in the balance as it would need to be demolished if the planned expansion of the airport goes ahead.

BA said in a statement that many employees enjoyed working from home and that in future it would be likely to have a flexible mix of home and office working.

The airline said: “We’ve restructured our business to emerge from the crisis and are considering whether we still have the need for such a large headquarters building.”

BA has already been slashing costs in the face of the crisis brought about by the collapse in travel over the past year – axing more than 10,000 employees.

That has left it with about 30,000 staff – most of whom do not work in the office but are pilots, cabin crew, engineers or airport staff.

Meanwhile Reach said that with most of its employees working from home for more than year it “has decided to make it a permanent feature for many colleagues”.

It will mean a switch to 15 large office hubs in Belfast, Bristol, Birmingham, Dublin, Cardiff, Glasgow, Newcastle, Hull, Leeds, Liverpool, London, Oldham, Nottingham, Plymouth and one in the South East.

It means newspaper offices in a number of mid-sized towns will be closing with reporters having to travel to the nearest hub if they want to use an office desk.

A Reach spokesperson confirmed that offices in Coventry, Derby, Middlesbrough, Cheltenham and Leicester would be among those to shut.

The company said a survey of employees showed that most found working from home suits their needs.

“Moving forward colleagues will either be home-based or working mainly from home with regular office attendance, and around a quarter permanently office-based, working from one of 15 hubs around the country,” a spokesperson said.

Reach added that it would in future be “investing more in our strategy and our journalism and less in buildings”.

Other companies planning to reduce office space include Lloyds Banking Group, which is aiming for a 20% reduction within three years, and HSBC, which is targeting a 40% cut.

Earlier this week, outsourcing giant Capita’s chief executive Jon Lewis told the PA News agency that his company was moving towards a hybrid work model, telling 35,000 of its 55,000 employees they can now work from home most of the time if they wish.

Mr Lewis said call centres of the sort that it operates were “to some extent a historic capability today” and that there were “going to be a lot less of them”.

“There’s no reason why you need to put 2,000 people in a warehouse in the UK,” he said. “Those people can work from home.”

Future industrial action ‘will be even bigger’ if ministers do not act, union boss warns
Mortgage burdens head for their highest levels since the 80s
Johnson told to stop asking Richard Sharp for financial advice days before he was made BBC chair – reports
Biden administration moves toward approval for major Alaska oil drilling project
Bodycam footage shows Tyre Nichols calling for his mother as he is beaten by officers before his death