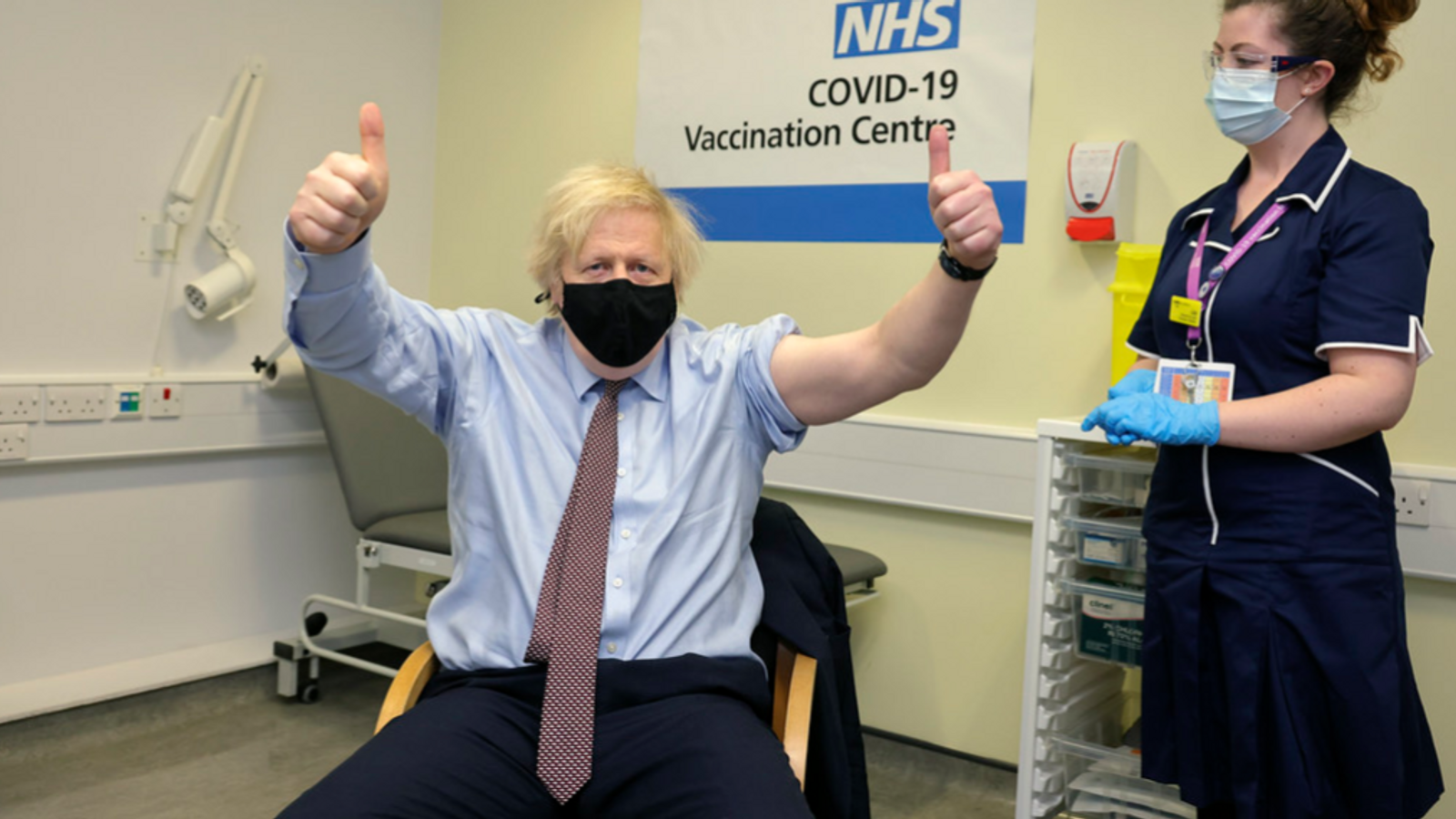 Boris Johnson has had the Oxford-AstraZeneca coronavirus vaccine.

The prime minister, who is aged 56, got his first dose at London’s St Thomas’ Hospital, where he was treated in intensive care last April after contracting COVID-19.

By having the vaccine, Mr Johnson joins more than 26 million people in the UK who have received a first dose.

As he left the hospital on Friday evening, he told reporters: “I literally did not feel a thing and so it was very good, very quick and I cannot recommend it too highly.

He added: “Don’t just listen to me, listen to all the scientists, listen to what the European Union Medicines Agency had to say, to what the MHRA [Medicines and Healthcare products Regulatory Agency] has said. The risk is COVID, this is a great thing to do.”

He got his vaccine at the end of a week in which the government admitted the UK’s supply of jabs is likely to be “tighter” next month, amid delays to supplies from India and a need to retest more than one-and-a-half million doses.

Mr Johnson had previously revealed he would be getting the AstraZeneca jab, as he addressed the news some European countries had suspended use of the vaccine following concerns about blood clots.

France, Germany and Italy are among those to have since restarted their vaccine programmes with the AstraZeneca jab after the European Medicines Agency said the vaccine was “safe and effective”.

The World Health Organisation and the MHRA have also said the jab is safe and have encouraged people to take up their vaccine appointments.

“The Oxford jab is safe and the Pfizer jab is safe,” Mr Johnson said at a Downing Street briefing on Thursday evening.

“The thing that isn’t safe is catching COVID, which is why it is so important that we all get our jabs as soon as our turn comes.”

In the UK, both the Queen and Prince Philip have received a jab, as has Labour leader Sir Keir Starmer, Welsh First Minister Mark Drakeford and former prime ministers Theresa May and David Cameron.

Last April, Mr Johnson was treated in intensive care, although the prime minister has since said he “never really thought that I wouldn’t come back from it”.

He was also forced to self-isolate in November 2020 after meeting an MP who later tested positive for the disease.

The NHS recommends people who have already had – and recovered from – COVID should still get vaccinated.

Sunak urged to ‘come clean’ over what he knew about Zahawi tax scandal
Couple jailed for 10 years over viral video showing them dancing at Iran landmark
Ukraine war: NATO meets to discuss new weapons pledge
Djokovic wins Australian Open a year after he was deported over COVID vaccine row
No 10 admits ‘very difficult’ day ahead as hundreds of thousands of workers go on strike