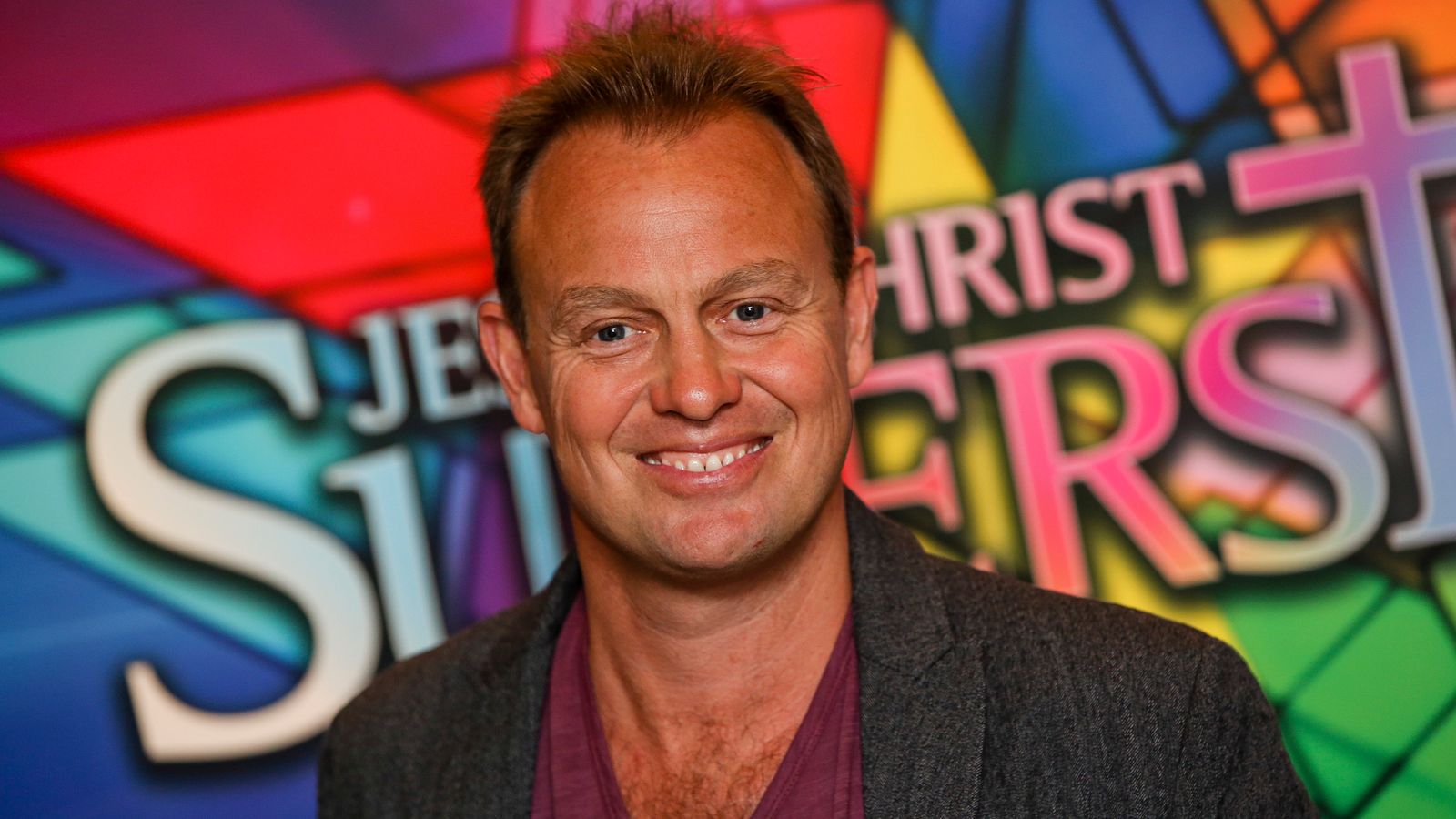 Actor Jason Donovan has warned there is “no point” theatres receiving financial support from the government if they “don’t have performers to make those institutions come alive”.

Speaking exactly a year to the day since theatres were forced to close due the pandemic, Donovan said it’s been “very difficult” to watch what’s been happening to the theatre industry during the last 12 months.

He told Sky News that, although the furlough system had “gone a long way” and government schemes have helped, “the freelance sector, which is predominately actors, stage managers, wardrobe people, have suffered”.

He said: “They’re not being looked after and, you know, they pay their taxes. And of course, we’re not saving lives, as actors, stage managers, directors, props, you know, wardrobe people, but we are an important part of making people feel good about themselves.”

Donovan said he believed culture would help people recover from the pandemic “because it will help us psychologically understand what we’ve gone through”.

And he also stressed how important it is for the economy.

“It’s not just the theatre itself,” he added, “it’s the subsidiary economies that work alongside it – the hotels, the restaurants, the bars. Driving in today, it’s a ghost town, and that’s because culture is at the heart of this town and this country”.

The actor, who found fame more than 30 years ago in the Australian soap Neighbours, is currently producing a production of Priscilla Queen of the Desert, but said the future for industry is unpredictable.

“It takes months for it to lead up to an opening night,” he said. “It can’t be like television or film – it can’t just be switched overnight and be financed. It requires public support and confidence. So, it’s a tough time.”

For 12 months, most theatres have remained shut, leading to widespread job losses.

Government grants and loans have undoubtedly helped – with over £1bn from the Culture Recovery Fund ensuring many of the UK’s cultural institutions have been saved.

However, a large proportion of the industry is made up of freelancers who have fallen through the cracks and received no help.

Many have been forced to find supplementary income, with some leaving the sector forever.

According to The Society of London Theatres, 95% of theatre organisations are worse off due to COVID-19 and one in four freelancers have left the business.

She explained that this was because ethnically diverse people are “more heavily represented in freelance roles” and less likely to be in management positions.

“When you’re in those casual roles, like front of house duties or the catering or the hospitality areas of theatre,” she said, “your jobs are the first to go. So it’s not a pretty picture by any means”.

The hit musical Six closed on 16 March last year, like every other production in the country, then briefly opened in December, before closing again. For the cast and crew, it’s been a rollercoaster of emotions.

Alexia McIntosh, who plays Anna of Cleves, told Sky News she was incredibly excited at the prospect of getting back on stage, but admitted the last 12 months have been hard.

“It drains you when you’re not able to do what you love,” she said. “You can’t fulfil your purpose. You can’t pay your bills. You want to provide. So it takes its toll on the body and the mind.”

Sophie Isaacs, who co-stars as Catherine Howard, has been teaching and working as a receptionist during lockdown and, although overbrimming with infectious enthusiasm, said lots of people in the industry are apprehensive about the future.

She said people in the industry were acutely aware of “the uncertainly of what the industry will be like, post-COVID. What jobs will be available? Will producers be able to put shows on?

“So I think the fear of the unknown is very, very real.”

Six will be opening at the Lyric Theatre on Friday 21 May, initially operating at 50% capacity in line with government guidance.