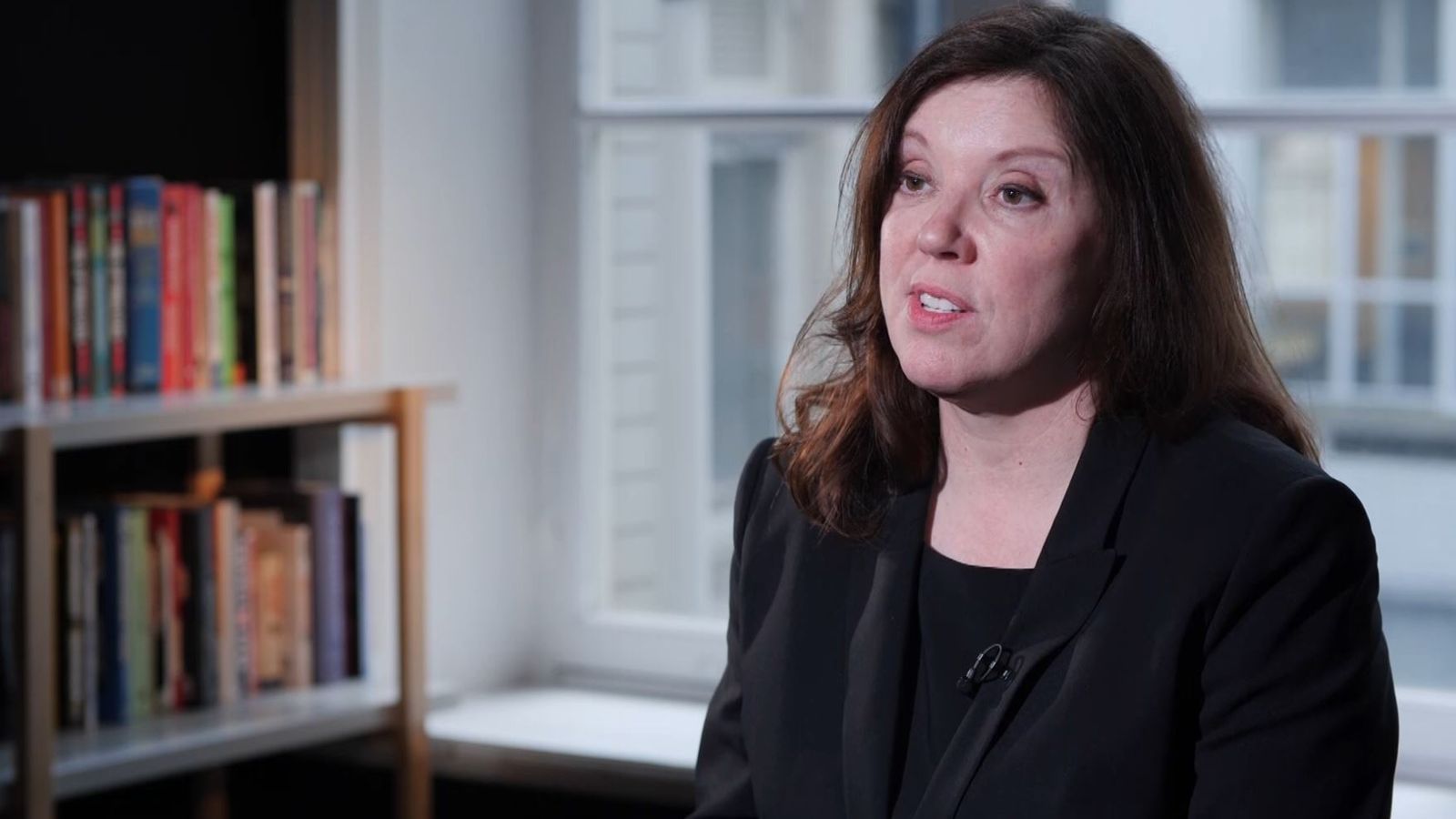 Improving the lives of children in care is the “absolute top priority”, England’s new children’s commissioner has told Sky News.

Dame Rachel de Souza has vowed to be “fearless” in holding the government to account over its promises to improve the experiences of looked after children.

Speaking as she takes post as the most senior child protection figure, the former headteacher promised “to listen to the voices of children and young people”.

Last month, Sky News revealed how at least 10,000 children in care were put in potentially unsafe accommodation including tents, barges and caravans by local councils.

This so-called unregulated accommodation is not inspected by Ofsted like children’s homes are. 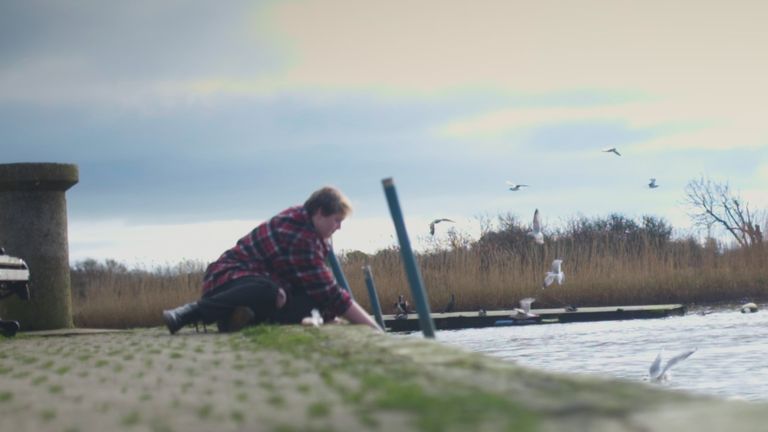 The government said that by September it will ban the use of this type of accommodation for under 16s with minimum national standards introduced for accommodation used by 16- and 17-year-olds.

Dame Rachel said the government should have gone further and banned unregulated accommodation for older teenagers in care.

“It’s one of my greatest desires and something that I will be lobbying on and pushing on,” she said.

“It might be hugely expensive – and that must have been part of the decision making – but having proper regulated accommodation between 16 and 18 is money well spent.

“We have to make sure that all children and young people in care are in a situation where they can flourish, and they can be supported. It’s our absolute top priority.

“I am fearless when it comes to that. I will praise what’s good and I will challenge what’s not.”

Her appointment coincides with the launch of an Independent Review into Children’s Social care which is the first of its kind in a generation.

Accommodation for children in care is worth £1.6bn, most of which goes to private providers.

The government plans to extend Ofsted’s oversight to the unregulated sector. Regulation drives up the cost of places at a time when local authorities have fewer resources.

Sam Turner, policy manager for Become, a national charity which supports children in care and care leavers, said: “The government’s solution is to establish some national minimum standards.

“It’s important to note the word ‘minimum’ as opposed to the same quality standards that children in regulated care homes get.

“We’re really worried about that, because all that’s doing is further formalising a system that asks 16 and 17-year-olds  to accept a lower level of support than their counterparts might be getting in somewhere like foster care or regulated children’s homes.

“It’s odd because we don’t see that in other parts of the system. We also don’t see it in normal family life.”

A Department for Education spokesperson said: “Every young person in care deserves to live in accommodation that meets their needs and keeps them safe – anything less is unacceptable.

“Independent and semi-independent provision can be the right for older children where it is high quality and they are ready for this.

“We will be introducing national standards to raise the bar in the quality of this provision, and unregulated placements will be banned for under-16s from September.”

Sky News spoke to a number of people who lived in care homes. Below are their stories:

TAYLOR DAWSON
“I remember being terrified all the time”

Taylor Dawson was taken into care as a teenager after struggling with his mental health. After spending time in foster care, he was placed in a house with two other young people, one of whom he said smoked drugs.

“When I walked into the house, the first thing I could smell was weed. It was awful. I was going to college and people asked me if I was a dealer because I smelled so strongly of it.”

Taylor said during his time on the placement, he was self-harming.

“I was struggling a lot with self-harm, the staff there made an agreement that they took my blade. When I wanted to cut myself, I had to go and ask them to give me back the blades. I was then allowed them for ten minutes and then had to give it back. I just had to go out in the lounge afterwards.”

Taylor said his time in the home had a lasting effect on his mental health.

“I’m angry. I was a child. Yes, I was an older child, but I was still a kid and I deserved better. I deserved to be looked after.

“I felt like people didn’t care about me and I felt completely worthless. And a lot of that is because of the way I was treated by the social care system.”

The home Taylor stayed in is run by a company called Budwood Limited. In a statement they told Sky News: “All Budwood homes have zero tolerance to drugs on the premises or near the premises. Any breaches are dealt with immediately.”

They said there was no record that Taylor spoke to staff about these claims. Budwood told us it is “not company policy” to enable and facilitate users to self-harm on company premises.

But they added that in line with guidance from the National Institute for Health and Care Excellence, if other agencies agree that stopping self-harm is unrealistic then “a young person may be allowed access to their blades to self-harm in a safe and controlled way”.

“Budwood is extremely proud of its semi-independent homes and staff and strenuously denies any allegations of wrongdoing.

“Whilst 16 plus semi-independent homes are currently unregulated… Budwood has chosen to run its homes with the same level of Quality Children’s Homes Standards as are required in regulated children’s homes.”

Reacting to Taylor’s experiences, Dame Rachel de Souza said: “It’s absolutely horrendous. Those young people have clearly been really let down. And this is exactly what I think we should be showing the decision makers in government and elsewhere and in local authorities that it’s not good enough.”

Taylor now works as a carer himself, working with young adults with learning difficulties. But he says he cannot forget his own experiences.

“I was a child and I should not have been in a situation like that. But according to the government once you turn 16, you can deal with that.

“I moved eight, nine times in three years. I got to the point where I could pack my stuff up on the day and be done with it about two hours.

“I’ve come away from school with no GCSEs or A-levels because I could just never settle in a school long enough to actually get the work done.

“I just try not to think about it.”

BRYONY TOON
“You could always hear the mice scurrying about”

Bryony Toon went into care as a teenager after struggling with her mental health. She spent time with a foster family, then in a regulated children’s home before being put in an unregulated placement aged 16.

“My mum and dad split up when I was little so I had two houses and two sides of the family.

“I moved from my mum’s to my dad’s house for a bit and things with my mental health didn’t get much better, so I eventually ended up in hospital and then went into care.

“I said I wanted to live semi-independently, but I don’t think there was enough preparation. I was told I’d have a support worker and I did, but I didn’t see them very often. They just came every couple of weeks and said, are you alright? They had a cup of tea and then left again.

“I was 16, at first I thought this is cool, I’m going to live on my own. Then it turns out living on your own is a bit harder than you think at 16. It felt very much like I had grown up very quickly.

“There was one other person in the house, I didn’t really speak to or get on with her. It was just a house that people lived in, it was very empty and it didn’t feel very homey. You could always hear the mice scurrying about.

“I remember my friends coming round and being like, ‘mate, what is this?’

“The major concern is that people are still vulnerable. You don’t get to 16 and all of a sudden, all the vulnerabilities you had at 14 or 15 disappear. It’s the same with social services support dropping off at 18.

“Me on the day before my birthday, and me on my birthday are not different people.

“But I just loved school, I started A-levels in 2017 and I just studied. I did history, psychology, English Literature and government and politics. I decided I was going to apply to Oxford so I did.”

“In some ways I felt like I grew up very quickly. But I also think that that is a massive reason I’m here now.”

Maddie Davis was 17-years-old when social services sent her to stay in an unregulated home.

“If you fell over, you would just drop it into nothingness. It was pretty scary.”

Maddie said that after drinking alcohol with one of the other residents one night, she was sexually assaulted.

“The guy and I hung out a little bit. I had a couple drinks, then one night he got me really, really drunk and just took advantage.

“I mean, 16 and 17 year olds are still vulnerable, you might be able to join the army at 16 but you’re not really able to live on your own and look after yourself properly and keep yourself safe – especially because if you need to be in the care system, you probably are vulnerable in some way or another.

“I’ve spent countless birthdays, Christmases, New Years in psychiatric hospitals, on detention in hospital. There just wasn’t the support for me when I needed it most.

“I don’t know one person who’s been in this sort of unregulated accommodation who had a good experience, I really don’t.

Anyone feeling emotionally distressed or suicidal can call Samaritans for help on 116 123 or email jo@samaritans.org in the UK. In the US, call the Samaritans branch in your area or 1 (800) 273-TALK