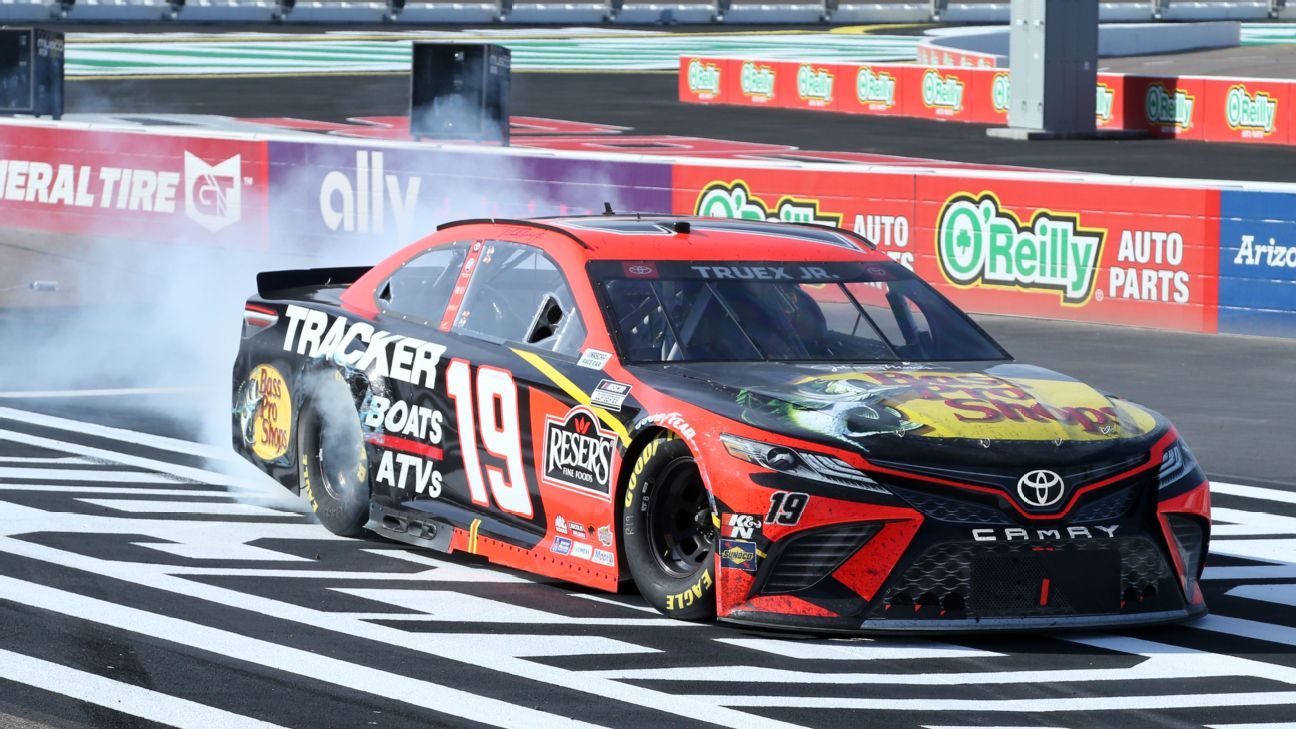 AVONDALE, Ariz. — Martin Truex Jr. pulled away in the final laps Sunday at Phoenix Raceway for his first NASCAR Cup Series victory of the season and 28th overall.

Truex beat the four championship finalists from last year. He had failed to advance into the season-ending finale for the first time in four years and could only watch as Chase Elliott beat Joey Logano, Denny Hamlin and Brad Keselowski for the title at the desert oval. All four tailed Truex across the finish line.

Phoenix Raceway will again host the championship race in November.

“To come here and win this, I wish it was November,” Truex said. “Hopefully, we can come back in November and have a shot at the championship.”

The 40-year-old Truex struggled earlier this year, finishing 25th at Daytona. But he’s raced much better in recent weeks, finishing third at Homestead and sixth at Las Vegas last week.

He was dominant during the final half Sunday and became the first driver from last year’s 16-car playoff field to qualify for the postseason. Truex blew past Logano on the final restart with 25 laps remaining and was never challenged again.

Truex enjoyed getting the win in front of some fans in Phoenix. The track allowed about 20% of the grandstand to be filled. Phoenix was the site of the last “normal” race last March before COVID-19 shut down the sport for about two months.

It was good day for Toyota and Joe Gibbs Racing, which had the winner in Truex and Hamlin in the third spot.

Kyle Larson — who raced to his first victory with Hendrick Motorsports last week in Las Vegas – had to start at the back of the field after a pre-race inspection failure. He worked his way back to the front and briefly led about halfway through the race.

But soon after he made a critical error, getting flagged for speeding on pit road. He had to pass through pit road as a penalty, causing him to fall to the back of the lead lap in 22nd place. He finished seventh.

Logano — who led 143 laps — won the second stage after leading the final 35 laps during a long stretch of green-flag racing. But he couldn’t hold back Truex, who won his ninth race with Joe Gibbs Racing.

Hamlin was fast early in the race, leading for 31 laps until the competition caution midway through the first stage. But he fell back a few spots after a pit stop that allowed Ryan Blaney a window to get to the front of the field. Blaney won the 75-lap first stage after leading 35 laps.

The Associated Press contributed to this report.

Flybe: Will I get a refund for my flight?
More than 13,000 Nigerian residents take Shell to court over oil spills
Russia preparing for ‘maximum escalation’, top Ukrainian security official tells Sky News
Kiley McDaniel’s top 100 MLB prospects for 2023: Which future star is No. 1?
‘Nobody is born smart’: Ex-commander of Russian mercenary group apologises for fighting in Ukraine