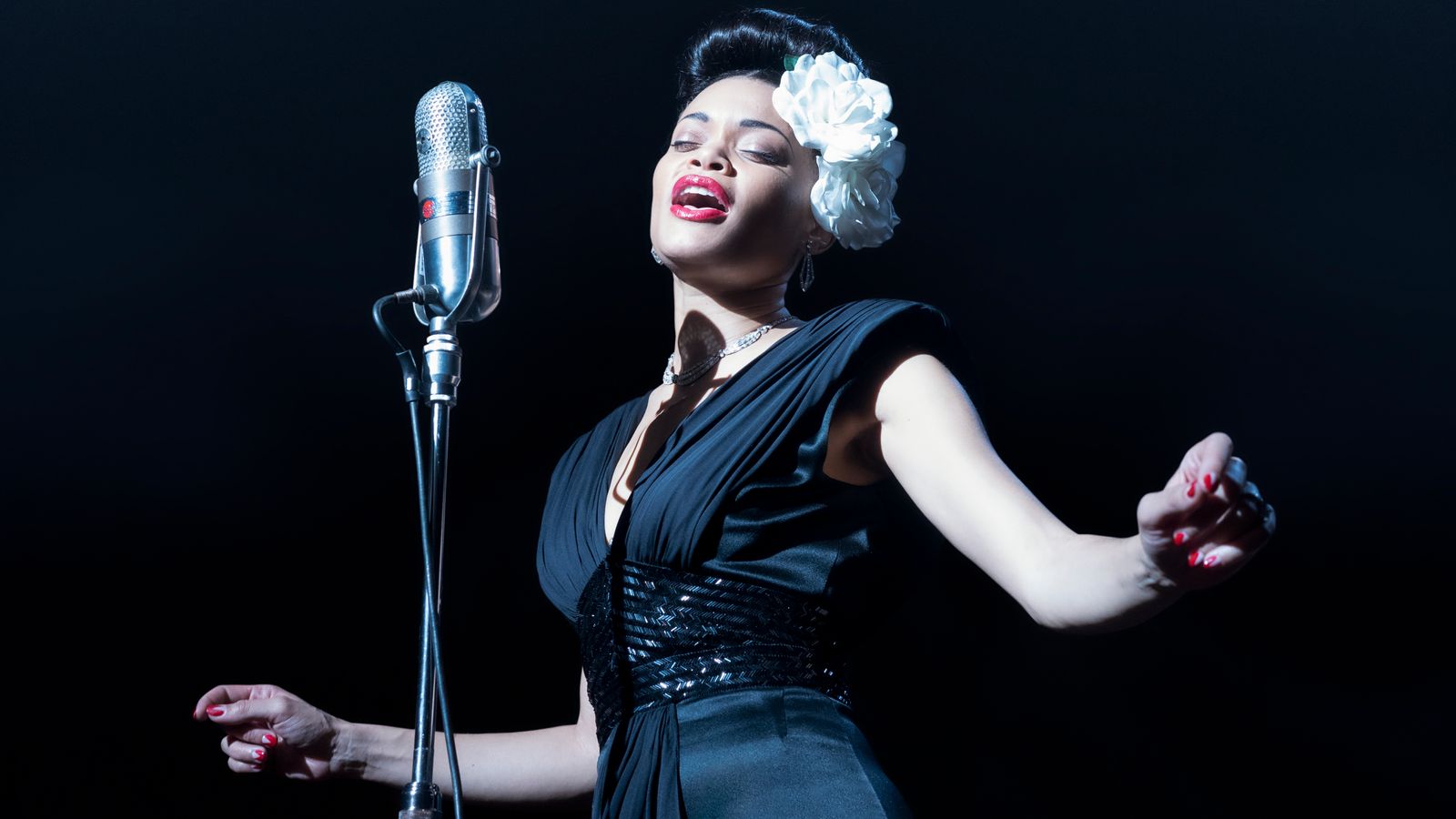 Hollywood is getting ready for the biggest night of the year in what will be a decidedly different Academy Awards ceremony due to the COVID-19 pandemic.

The nominees for the 2021 Oscars have now been revealed, with Netflix’s Mank – starring Gary Oldman as social critic and alcoholic screenwriter Herman J Mankiewicz – leading the way with 10 nods.

But it’s not just about the numbers, with several big talking points arising from this year’s shortlists.

It’s a rather incredible statistic, but before the 2021 nominations were announced, only five women had ever been shortlisted for best director before. That’s ever, in the history of the Oscars. Some 92 ceremonies. And only one woman – Kathryn Bigelow – had ever won. That was for The Hurt Locker in 2010.

It looks more likely than ever that that number could double following the announcement of this year’s line-up, which sees two women – yes, two! – nominated for the first time ever: Chloe Zhao for Nomadland and Emerald Fennell for Promising Young Woman.

In the acting categories, Viola Davis has become the first black woman to receive two best actress nominations; she was previously shortlisted in the category for The Help in 2012, and in 2017 won the best supporting actress prize for her role in Fences.

This year, she is nominated in the leading actress category for her role as a jazz singer in Ma Rainey’s Black Bottom. “Absolutely thrilled!” she wrote on Twitter. “Congratulations to the whole @MaRaineyFilm team! Deserved!”

Davis was also nominated for best supporting actress for Doubt in 2009, meaning her Ma Rainey nod, her fourth, makes her the most-nominated black actress ever.

Women also made history in the make-up and hairstyling category, with Mia Neal and Jamika Wilson becoming the first black women to be recognised for their work on Ma Rainey’s Black Bottom.

This year’s Oscars will feature the most diverse line-up of acting nominations ever, with nine of the 20 nominees from ethnic minority groups.

It marks a huge shift from last year’s shortlist announcement, when just one of the 20 nominees, British star Cynthia Erivo, was non-white. It comes after the Academy significantly expanded its voting body, inviting more than 800 new members in the past year, after facing criticism over the lack of diversity.

In the best actress category there are two non-white nominees, Viola Davis (Ma Rainey’s Black Bottom) and Andra Day (The United States vs Billie Holiday), who are in the running alongside Vanessa Kirby (Pieces Of A Woman), Frances McDormand (Nomadland) and Carey Mulligan (Promising Young Woman).

Before this year, the highest number of non-white acting nominees was seven out of 20, in 2017. Before that, in both 2015 and 2016, there were no non-white performers nominated in any category.

The first non-white star to win an acting Oscar was Hattie McDaniel, who was named best supporting actress in 1940 for Gone With The Wind.

British stars get ready to shine

Homegrown talent has done well this year, with several nods across the shortlists.

Colman is a previous winner, having picked up the best actress gong for The Favourite in 2019, as is Oldman, who won for Darkest Hour in 2018. Hopkins, who won his Oscar for Silence Of The Lambs back in 1992, has now been nominated six times.

Mulligan, Kaluuya and Baron Cohen have been shortlisted for awards before, but never won, while the nods this year are a first for Ahmed and Kirby. Baron Cohen, who is nominated for his role in The Trial Of The Chicago 7, and also picked up a screenplay nod for his Borat sequel, said in a statement that he was “incredibly humbled and grateful to the Academy for both nominations”.

Writing on Instagram, Ahmed, who is nominated for his performance as a drummer who loses his hearing in Sound Of Metal, said: “Wow! I’m honoured to be nominated by my fellow actors alongside such inspiring performances, and am grateful to the Academy for their support and encouragement…

“Sound of Metal is about how a health crisis can cut you off from your life and loved ones, and force you to grow in unexpected ways. In a challenging year for so many, I hope this story can inspire us to forge new and deeper connections with ourselves and others.”

Kaluuya, who plays Black Panther leader Fred Hampton in the film Judas And The Black Messiah, is being tipped as frontrunner in his category after winning Critics’ Choice and Golden Globe awards earlier this year.

British director Fennell, who received five nominations for revenge tale Promising Young Woman, tweeted: “So proud and grateful to every amazing person who worked on this film. Never going to stop crying.”

Not bad for a first attempt

A debut film role is a big deal for any actor – and becomes even bigger when it lands you an Oscar nod.

Before now, Andra Day was perhaps best known as a singer, especially for her ubiquitous Grammy-nominated track, Rise Up. But her debut performance as Billie Holiday in new film The United States vs Billie Holiday has thrown her right into the thick of the Hollywood awards conversation.

In February, she picked up a Golden Globe award, beating previous Oscar winners McDormand and Davis, as well as Kirby and Mulligan – exactly the same stars she is up against for the Oscar.

Speaking to Sky News ahead of the announcement, she told how she came close to turning the film down for fear of taking on such a big role.

“I do consider myself a deeply spiritual person and so I was doing – it’s funny – I was doing devotion, I was praying to get out of it, I was like, ‘yes, make it go away’,” she told our weekly Backstage entertainment podcast.

“I was like, one eye open, and the scripture was literally about being caught trusting and being caused to do an act of great faith, and I was like, ‘noooo’.

“It was just that moment, you know, when it clicks and you have that peace, and I was like, ‘yeah, I think I’m terrified, but I think I’m supposed to do this’.”

Bet she’s glad she did.

Could 2021 finally be Glenn Close’s year?

With her best supporting actress nomination for her role in Hillbilly Elegy, the veteran star has now been in the running for an Oscar eight times, and holds the record for the most nods without a win.

In 2018, following widespread critical acclaim for her role in The Wife, plus Golden Globe, Screen Actors Guild and Critics’ Choice awards, she was thought to be a favourite in the leading actress category. However, the gong went to Colman for The Favourite.

Speaking about her Oscars record to Variety earlier in 2021, Close said: “Is it better to be wheeled out in a wheelchair and get the lifetime achievement award? You don’t have to make a speech.

“It’s beyond me. I don’t know what to say about that. I just have to keep doing what’s good. You’re fulfilled by your work, and that’s the process to me. It’s what feeds my soul, but it really is nice when other people like it. It might be cool to never get one. I wouldn’t mind being wheeled out when I’m old and drooling, and I have a grey wig to cover my bald head.”

Close is up against Colman again this time round, as well as Yuh-Jung Youn (Minari), Maria Bakalova (Borat Subsequent Moviefilm), and Amanda Seyfried (Mank).

Another posthumous nomination for Chadwick Boseman

Having kept his cancer diagnosis private and continuing filming while he was undergoing treatment, Chadwick Boseman’s death in August 2020 came as a huge shock.

The last film he made before his death was Ma Rainey’s Black Bottom, in which he plays an ambitious trumpeter, Levee, alongside Davis’s “Mother of the Blues” Ma Rainey.

Released on Netflix towards the end of 2020, the film has scored numerous awards and nominations so far this year.

Boseman’s performance has already won best leading actor gongs at the Golden Globes and the Critics’ Choice Awards, and he is also nominated for a BAFTA and in two categories at the Screen Actors Guild Awards – for Ma Rainey, and in the best supporting actor category for his role in Da 5 Bloods, another film released in 2020.

As always, there can only be five nominees in each shortlist; except for the biggie, best picture, which gets eight. That inevitably means there are some great films and performances that miss out.

It was a disappointing day for Spike Lee‘s Vietnam war film Da 5 Bloods, which was mainly overlooked by voters save for a nod for best original score.

Star Delroy Lindo didn’t make the best actor category, while Lee was left off the best director list and the film failed to make the best picture category. And while Chadwick Boseman did pick up a posthumous best actor nomination for Ma Rainey’s Black Bottom, there was no nod in the supporting category for his role in Lee’s film.

Regina King’s film One Night In Miami received three nominations, but not as many as she might have hoped for – and not the big one. It had been thought the film might make King, already an Oscar-winning actress, the first black woman to be nominated in the best director category, but it wasn’t to be. The film also missed out on the best picture shortlist, receiving nominations instead for Odom Jr’s supporting performance as singer Sam Cooke, as well as for best original song and for Kemp Powers’ screenplay.

And Jared Leto had received Golden Globe and Screen Actors Guild awards nominations for his role in The Little Things, but doesn’t feature in the Oscars this year.