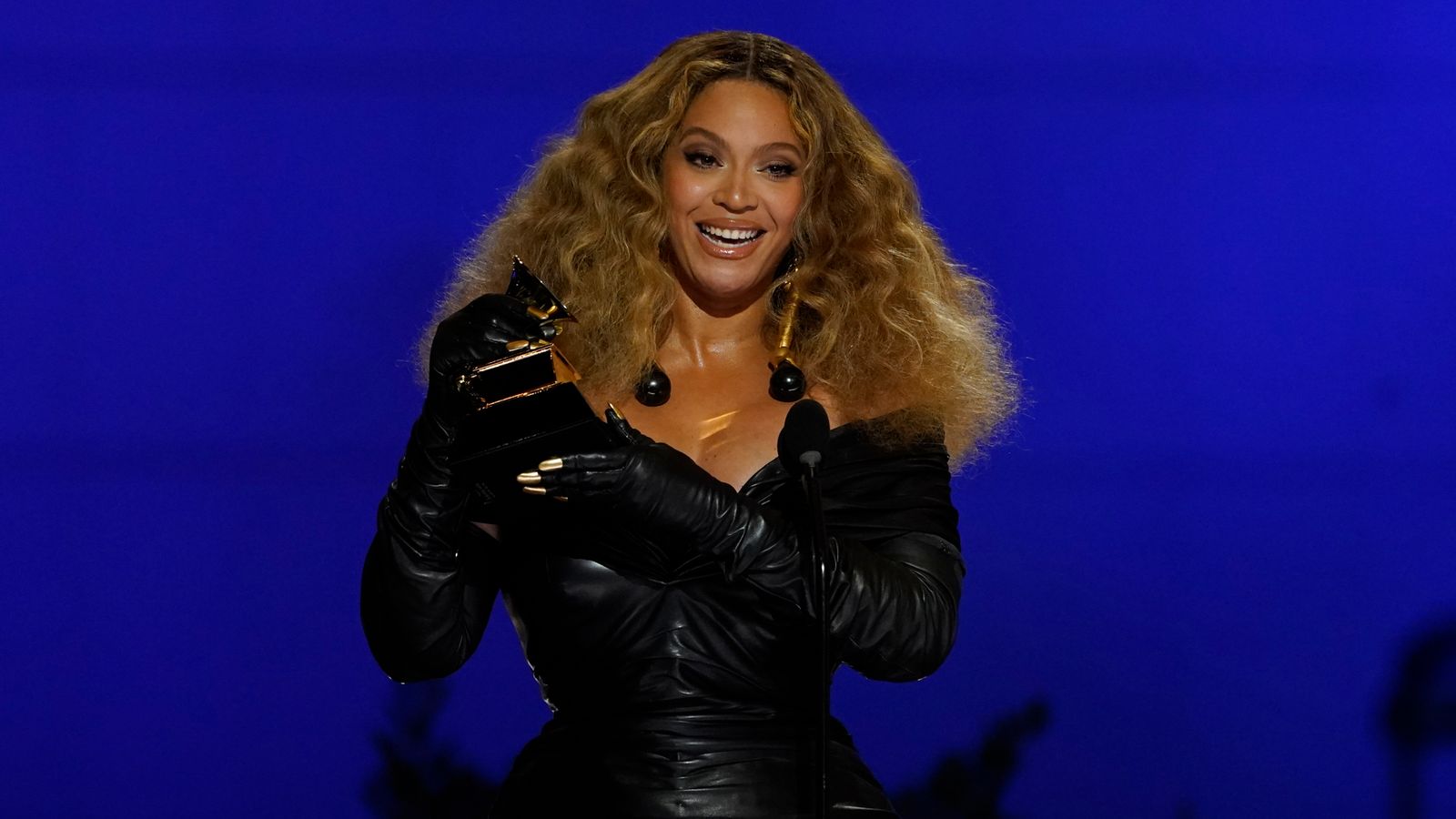 Beyonce has made history by becoming the most decorated female Grammy winner ever, after picking up her 28th award in the socially-distanced LA ceremony.

On the biggest night of the year for music, the singer walked away with the gongs for best R&B performance for Black Parade, best music video for Brown Skin Girl and best rap performance and best rap song for Savage – her collaboration with Megan Thee Stallion.

She is now tied with record producer Quincy Jones for the second most Grammy wins ever, with the most being held by the late Hungarian conductor Georg Solti, who won 31 awards.

Beyonce’s husband Jay Z shared the award for best rap song as he co-wrote Savage, and nine-year-old daughter Blue Ivy took home her first Grammy for her part in the video Brown Skin – shoring up the Carter family’s place in music royalty.

Collecting her gong for best R&B performance for Black Parade, she said: “As an artist I believe it’s my job, and all of our jobs, to reflect time and it’s been such a difficult time.

“I have been working my whole life… this is such a magical night.”

She also paid tribute to the “beautiful black kings and queens” in the world.

Also making history, Taylor Swift took away what is considered one of the biggest awards of the night, album of the year, for her surprise record, folklore, which she dropped in July last year.

It makes her the first woman in Grammys history to win the award three times, having previously won with 1989 and Fearless.

Billie Eilish walked away with record of the year for Everything I Wanted, with the 19-year-old beating off the likes of Doja Cat, Post Malone and two tracks from Beyonce.

Accepting the award on stage with her song-writing partner and brother, Finneas O’Connell, she paid tribute to best new artist winner Megan Thee Stallion, saying: “You deserve this. You had a year that I think is untoppable. You are a queen… Genuinely, this goes to her. Can we just cheer for Megan Thee Stallion, please?”

The former One Direction singer accepted the award at the Los Angeles Convention Centre, saying: “I feel incredibly lucky to get to work in music and make music as my job every day and this is an incredibly sweet icing on the cake of what I get to do everyday, so thank you so much.”